Would you rather watch a diverse family search for the meaning of life — with a supernatural helping hand — or another Netflix "original" built by an algorithm? 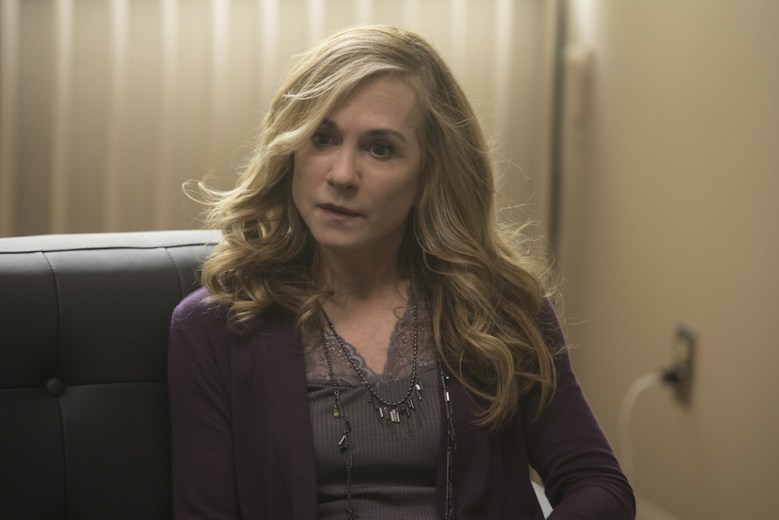 “Here and Now” dropped a jam-packed pilot Sunday night, the best episode of its first four. Actually, it’s the only good episode of the first four, and it’s not even good enough to make the rest of the series worth recommending. But it is different. Alan Ball’s HBO series is unlike most family dramas, supernatural dramas, or just dramas in general, and in a landscape of nearly 500 scripted original series, that’s something to savor.

But most people won’t. Most people will flip over to the Olympics or turn on Netflix and see what’s newly available to binge. It feels like “Here and Now’s” time has already come and gone, be it due to the rough reviews or just an overall lack of buzz. In 2018, it’s not good enough to be different; a new show has to be good, too. Actually, shows that are different have a heavier burden of proof than shows that are formulaic; if audiences are going to take a risk on something that doesn’t easily compare to their established favorites, it better be worth it — not just good, but great.

That’s a shame. So much of what’s widely available, be it broadcast fare built for the masses or Netflix originals that are anything but, is too easily digestible. Programming can be so comfortable, it’s boring. You can fall asleep to it — as if you’re lounging in the shade of a palm tree, staring the sky without ever seeing the sun (let alone everything underneath). Television needs more shows that shake the tree, and “Here and Now” is trying, at least, to knock loose a few coconuts.

So what makes “Here and Now” stand out? Opening with a staticky dream sequence where an Iranian woman in a red bathing suit claws through her cheek, Alan Ball’s new HBO series establishes a more grounded central premise than that jarring initial image, but one that’s equally out-there: A couple of Berkeley grads adopt children from various countries that America has, historically, treated poorly. Their three adopted children from Vietnam, Liberia, and Colombia are now grown, and they have one biological daughter in high school, but all is not right with the Bayer-Boatwrights.

The family’s choice by itself is ambitious, as Greg (Tim Robbins) and Audrey (Holly Hunter) build a microcosm of the world they want to see in their own backyard. But the pilot isn’t simply heralding a heterogeneous society; it’s questioning it, too. At the end of the episode, two major events occur, one after the other: Greg tells his family and friends he thinks his life’s work might be utterly meaningless, and Ramon (Daniel Zovatto) has a vision of fire spelling out the fateful number “11 11.”

From the dream sequence, to the core conceit, to an inexplicable vision, to the above statement, “Here and Now” has a lot going on in its first hour — and that’s without mentioning the coke-snorting mom, Greg’s trip to see his favorite prostitute, or how the daughter’s first time having sex is in a treehouse while wearing a horse mask.

But for an hour, it’s kind of great. Whether it’s an information overload, the naturally compelling cuckoo mysteries, or simply Holly Hunter defining her character by rattling off fluent Spanish to a Mexican-American staff that speaks English, “Here and Now” is a very watchable, oddly enjoyable, and wonderfully unique experience.

And honestly, for all the great television out there, seeing something truly different is a welcome experience. Not everything new feels so new, you know? Take the latest Netflix original series, “Altered Carbon.” Though it hasn’t made a significant splash on the cultural radar, Laeta Kalogridis’ science-fiction show is getting good buzz and driving conversation online, be it reddit or Twitter or page views to certain sites that write about it.

But many of the descriptors compare it to other properties, be it positively or negatively. Mike Hale called it a “low-rent ‘Blade Runner’ knock-off” in his New York Times’ review. Mo Ryan made the same comparison in her far more favorable review in Variety. Others have noted its similarities to “The Matrix,” “Total Recall,” and “Game of Thrones,” all of which spawned sequels or spinoffs or both.

And that’s the point: Netflix wants you to see other properties within “Altered Carbon.” The posters that flaunt naked people in plastic bubbles should remind you of “The Matrix.” The neon noir aesthetic is meant to evoke “Blade Runner.” The many characters, compulsive nudity, and extreme violence may not scream “Game of Thrones,” but it certainly doesn’t hurt if your series reminds fans of the most successful TV franchise in existence.

Netflix is building series off algorithms; it knows what viewers are watching and it’s catering to those pre-established tendencies. Much was made about “House of Cards” arising from subscribers’ interests in political dramas, but there’s plenty more to look at: Nostalgia drove “Stranger Things” to immense success, and the streaming giant is hoping “Everything Sucks!” (out Friday) will do the same. “Ozark” seems to be replacing “Bloodline” as the family crime drama viewers want, and “Sense8” may not have filled the action-packed sci-fi niche as planned, but now there’s a new entry with even more “Matrix” connections.

“Everything Sucks!,” “Ozark,” and even “Altered Carbon” aren’t bad shows — they’re just familiar shows. They quickly and easily remind us of what we’ve seen before, and where something like “Ozark” can elevate its story through performances and pacing (good God that show flies), “Altered Carbon” becomes a snoozefest. Plenty of other networks operate this way, too. Amazon is currently restructuring to focus on finding the next “Game of Thrones” (while canceling all its exquisite anti-“Game of Thrones” content in the meantime), and certain broadcast networks are built on repurposing the same schtick, again and again.

Meanwhile, there’s a new show on HBO that may not be as comfortable, but it’s not going to put you to sleep. There’s no need to overpraise “Here and Now.” Unlike past HBO dramas, parts of this we’ve seen before — like the well-off old white guy having a mid-life crisis — and it quickly goes off the rails in the following episodes. But Ball’s series should remind viewers to step out of their comfort zone from time to time. The shade is nice and all, but there’s more on the beach than blue skies.

This Article is related to: Television and tagged HBO, Here and Now, Tim Robbins