The "Logan" director doesn't mince his words when talking about Hollywood's love of post-credits scenes. 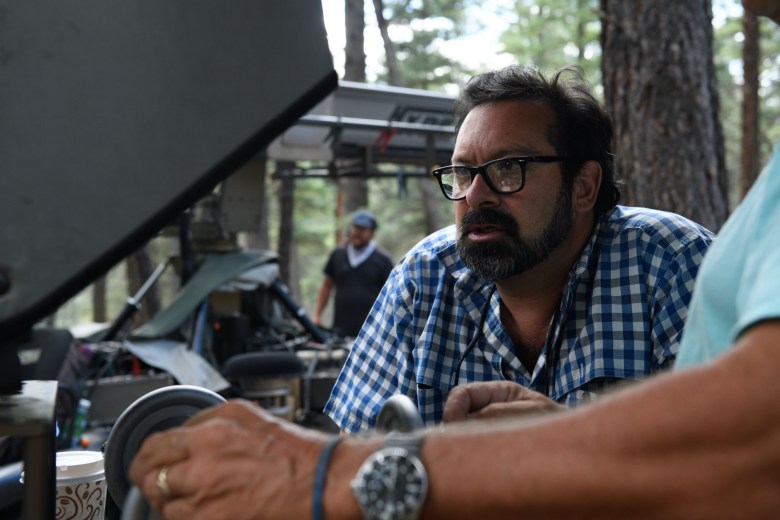 Don’t get James Mangold started about Hollywood’s current love of post-credits scene. The “Logan” director bucked tradition when he did not include any additional scenes during the credits of his Wolverine blockbuster, and now we know why: Mangold absolutely despises post-credits scene. During an appearance on the 2018 Writers Guild Association Beyond Words Panel (via Collider), Mangold lamented over the fact audiences have now become “addicted to a fucking bonus in the credits.”

“It’s fucking embarrassing,” Mangold said. “It means you couldn’t land your fucking movie, is what it means. Even if you got 100,000 Twitter addicts who are gambling on what fucking scene is going to happen after the fucking credits, it’s still cheating. [Post-credits scenes are] selling them the next movie while you’re making this movie, and kind of all that shit that I find really fucking embarrassing.”

“Audiences are actually asking for scenes in end credits when those scenes were first developed for movies that suck,” he added, “so they put something extra at the end to pick up the scores when the movie couldn’t end right on its own fucking feet.”

Mangold’s thoughts predictably went viral considering post-credits scenes have become a staple of mega-franchises like the Marvel Cinematic Universe and the DC Comics Extended Universe. The director took to Twitter to expand on his thoughts. Although Mangold was a bit calmer on social media, he was no less favorable to post-credits scenes.

“My vehemence comes from a belief these scenes are cinematic MSG/crack,” Mangold wrote. “Of course they feel good. They are designed to do that, like ads, as they hook you to buy the next film. At the same time, I feel like the omnipresent expectation of them cheapens the integrity of a theatrical experience as the movie doesn’t stick its ending but rather dribbles to an end with a series of pleasing vignettes/ads for the thing they will sell you next year.”

You can read Mangold’s entire commentary in the Twitter thread below. The director is currently for Best Adapted Screenplay at the Oscars for writing “Logan” with Scott Frank and Michael Green.

1/ Many folks commented on my diatribe re: end credits scenes. Good points made by some who disagree. My vehemence comes from a belief these scenes r cinematic MSG/crack. Of course they feel good. They are designed to do that, like ads, as they hook you to buy the next film/s…

2/ and at the same time, I feel like the omnipresent expectation of them cheapens the integrity of a theatrical experience as the movie doesn’t stick its ending but rather dribbles to an end with a series of pleasing vignettes/ads for the thing they will sell you next year…

3/ So its not so much the scenes I despise as much as I fear that movies (an art form I deeply love) are not advanced when they are no longer functioning as a form with a beginning middle and end but rather as part of a serialized money machine.

These scenes promote a slightly false sense of fully realized “universe” as if everyone behind scenes knows exactly what’s next in a saga, when the truth is a bit less charted despite what many tell a sycophantic press that makes $ on the “universes” & the gossip mill they create

Lastly, the term “easter egg”‘s a bit infantile &, at least 2 me, feels condescending toward a thoughtful & intellectual audience that might be treated w/ more respect than imagining them as kids jumping around trying to guess storylines from breadcrumbs dropped by corporations.

One more thing. The argument that these scs. make people watch end credits is just lame. If you have to offer shiny objects to keep people watching the names of the crew, then they are not showing an ounce of respect for the crew. Just waiting like dogs for milk bones.

This Article is related to: Film and tagged James Mangold, Post-Credits Scene