Sometimes, when a movie is a bit too successful, it can backfire with the documentary Oscar voters. 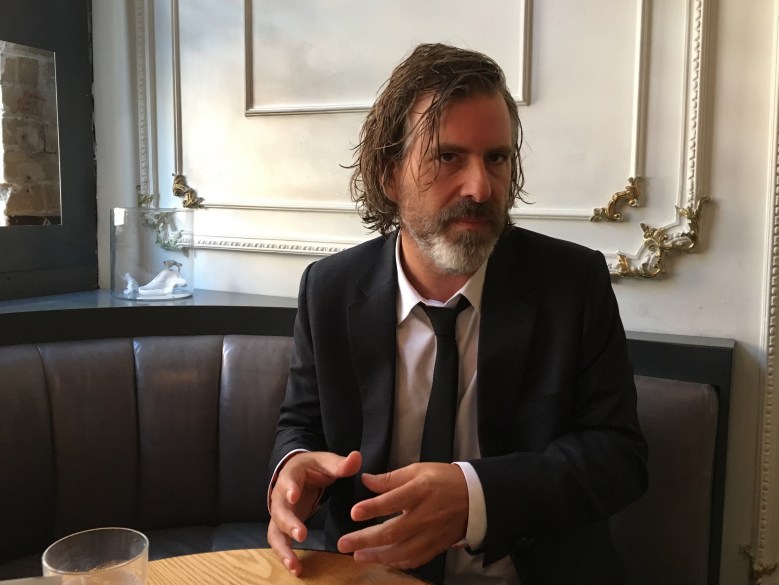 “Jane,” Brett Morgen’s popular documentary about primatologist Jane Goodall, was so lauded and applauded that most Oscar experts predicted that it would land an Oscar nomination, if not win. Instead, it never made the cut.

This happens with the Academy documentary branch. While its voter ranks have expanded by more than 50 percent in the last three years, from 204 to 320 members, it’s still a relatively insular group with strong ideas about what makes a great documentary. They tend to be slow to recognize innovation. They long frowned on dramatic re-enactments, strong personalities, and rousing scores, overlooking early Michael Moore entry “Roger and Me” and Errol Morris’ “The Thin Blue Line,” finally rewarding them with Oscars for anti-gun screed “Bowling for Columbine” and the Robert McNamara profile “The Fog of War,” respectively. Moore returned to the Oscar fray for “Sicko,” but Morris was never nominated again. The doc branch nominated Alex Gibney’s entertaining “Enron: The Smartest Man in the Room,” but he won for sober Abu Graib expose “Taxi to the Dark Side” — and has never entered the contest again. They often nominate someone once, like Werner Herzog (“Encounters at the End of the World”), and that’s it. Being well-known and successful is not always a plus with this group.

The documentarians finally accorded one of this year’s final five slots to Steve James, who has never been nominated by the branch — not for “Hoop Dreams” or “Interrupters,” or Roger Ebert documentary “Life Itself” — until this year’s “Abacus: Small Enough to Jail.” Consider it a career apology.

As expected, the branch nominated Agnes Varda and artist JR’s whimsical “Faces Places” — now the frontrunner to win with the entire Academy voting — as well as one of several competing Syria documentaries, “Last Men in Aleppo,” which takes the viewer close to the White Helmets pulling bodies out of rubble, Bryan Fogel‘s well-hyped Olympic doping scandal saga “Icarus,” and transgender filmmaker Yance Ford‘s memoir about his murdered brother, “Strong Island.” Right out of Toronto, “Jane” scored rave reviews (Metascore: 87). Brett Morgen’s last biodocs “Cobain: Montage of Heck” and Robert Evans portrait “The Kid Stays in the Picture” were jazzily compelling; he dug into his subjects with clever graphics and creative editing. He’s respected as a filmmaker, but if anything “Jane” was far more accessible and gratifying than his previous work.

Last week, the movie won Best Documentary Editing from the ACE; coming up are BAFTA, the Writers Guild, and the Cinema Audio Society awards. National Geographic came to Morgen with 100 hours of unedited, 50-year-old archive footage shot by one of the great nature photographers of all time: Holland’s Hugo Arndt Rodolf Baron van Lawick (10 April 1937 – 2 June 2002). Morgen figured out that there was a way to edit this early film footage of the young Jane Goodall and her initial observation of the chimpanzees in Gombe Stream National Park as a romance; as we fall in love with her, so does the man shooting her. They marry and have a son, but both eventually allow work to take precedence over their marriage.

I saw the film in Toronto, where it slayed audiences at the Elgin, who ate up the yin and yang Q&A dynamics of tough British veteran scientist Goodall staying on activist message and Morgen the obsessive Hollywood perfectionist trying to pull her out of her groove. He had to work hard to coax the busy environmental activist to give him more interview time, but the results are magical and empowering for women. The movie even played, with a live orchestra performing the rousing Philip Glass score, for a huge audience at the Hollywood Bowl.

But many give credit for the movie to cinematographer van Lawick. “There is bias against all Archival,” wrote one branch member in an email. “And maybe a little wanting to support underdogs and their towering achievements.”

Finally, some documentary filmmakers thought the movie was more a triumph of editing by Joe Beshenkovsky and Will Znidaric than something “created” by Morgen (who also earned an editing credit), may be a tad too confident and well-hyped for their taste. And NatGeo’s free-spending promotion on the movie may have backfired with persnickety Oscar voters.

The movie scored at New York, London and other fall festivals before opening in theaters on October 20 via Abramorama and grossing $1.6 million — not bad for a documentary. NatGeo set an airdate of March 12, a week after the Academy Awards.