Jeunet says del Toro "lacks self-respect" because he won't admit to ripping off a dance scene for "The Shape of Water." 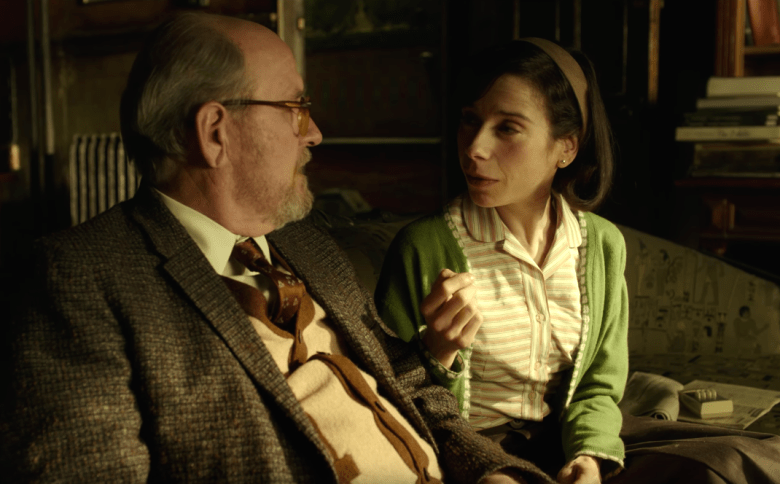 Jean-Pierre Jeunet, the celebrated French director of “Delicatessen” and “Amélie,” has accused Guillermo del Toro of plagiarizing a scene from “Delicatessen” in his 13-time Oscar nominee “The Shape of Water.”

The scene in del Toro’s movie features the characters played by Sally Hawkins and Richard Jenkins performing a charming two-step dance while sitting on a sofa watching an old Hollywood movie. Jeunet thinks del Toro stole the moment from a similar one between two children in “Delicatessen.” The French director explained to Ouest-France (via The Playlist) that he confronted del Toro about the scene.

“I told [del Toro]: ‘You have a lot of imagination, a lot of talent. Why go and [steal] the ideas of others?'” Jeunet told the French publication. “[Del Toro] said, ‘We owe Terry Gilliam everything.’ According to [del Toro], he does not steal from others, it is Terry Gilliam who has influenced us all. When he [directs] the scene of the couple sitting on the edge of the bed dancing with their feet, with the musical in the background on TV, it is so copied and pasted [from] ‘Delicatessen’ that there is a moment when I say to myself that he lacks self-respect.”

Jeunet followed his accusation by saying he is more disappointed with del Toro than he is angry, mainly because “Guillermo has enough talent not to do that.” The director is confident del Toro had “Delicatessen” on the brain when crafting the moment, despite the fact that the director has not listed the Jeunet film as an influence.

“It is obvious that he had ‘Delicatessen’ in mind,” Jeunet said.

Jeunet’s claim would not be the first time “The Shape of Water” has been accused of plagiarizing. The movie has been accused of stealing plot elements from both “Let Me Hear You Whisper,” a 1969 play by the Pulitzer Prize-winning playwright Paul Zindel, and “The Space Between Us,” a 2015 short film by Dutch director Marc S. Nollkaemper. Both works tell the story of a cleaning lady who falls in love with some kind of a fish creature. The Netherlands Film Academy recently reacted to the latter claim by saying del Toro did not take any ideas from Nollkaemper’s short.

You can watch both the scene from “Delicatessen” and “The Shape of Water” in the videos below. IndieWire has reached out for a comment from del Toro.

This Article is related to: Film and tagged Delicatessen, Guillermo del Toro, Jean-Pierre Jeunet, The Shape of Water