Streep called Weinstein and his lawyer's decision to use her previous quotes in their defense both "exploitative" and "pathetic." 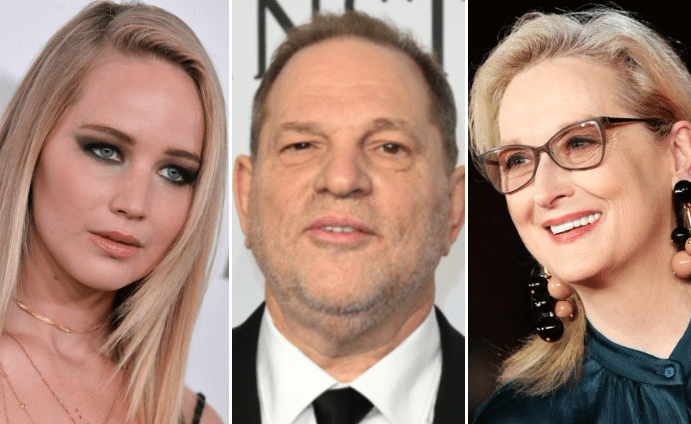 Jennifer Lawrence and Meryl Streep are speaking out against Harvey Weinstein yet again. In an attempt to dismiss a sexual misconduct lawsuit, Weinstein and his lawyers tried to paint the disgraced former studio head in a better light by using quotes from Streep and Lawrence that said Weinstein had always been respectful towards them during their working relationships. The two Oscar-winning actresses bashed Weinstein for trying to use their quotes as a diversion to serious sexual assault allegations.

“Harvey Weinstein and his company are continuing to do what they have always done which is to take things out of context and use them for their own benefit,” Lawrence said a statement to TMZ. “This is what predators do, and it must stop.”

“For the record,” she continued, “while I was not victimized personally by Harvey Weinstein, I stand behind the women who have survived his terrible abuse and I applaud them in using all means necessary to bring him to justice whether through criminal or civil actions. Time’s up.”

Streep told BuzzFeed that Weinstein’s decision to use her name in his defense was “pathetic and exploitive.”

“Harvey Weinstein’s attorneys’ use of my (true) statement — that he was not sexually transgressive or physically abusive in our business relationship — as evidence that he was not abusive with many OTHER women is pathetic and exploitive,” Streep said. “The criminal actions he is accused of conducting on the bodies of these women are his responsibility, and if there is any justice left in the system he will pay for them — regardless of how many good movies, made by many good people, Harvey was lucky enough to have acquired or financed.”

The lawsuit was filed by six women who allege Weinstein sexually assaulted them.