The Oscar winner fired back at reporters who made a controversy out of her fashion choice for a "Red Sparrow" London photocall. 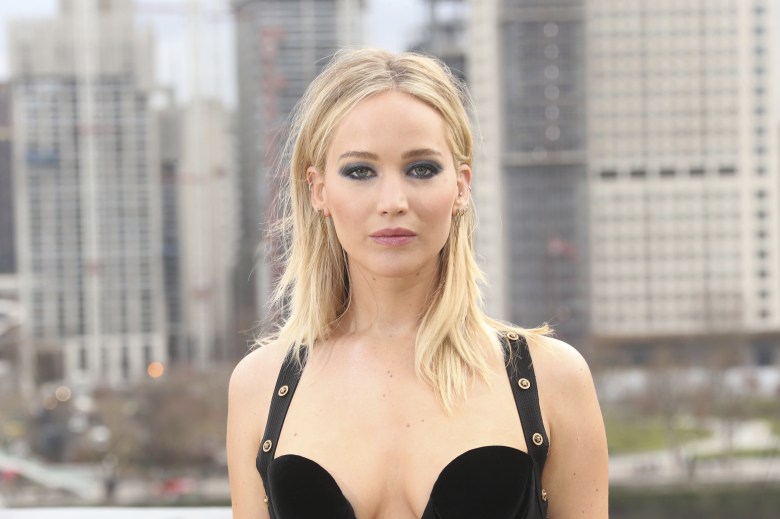 Jennifer Lawrence fired back at reporters who turned her appearance at a London photocall for “Red Sparrow” into an internet controversy. The Oscar winner appeared alongside director Frances Lawrence and co-stars Jeremy Irons, Joel Edgerton, and Matthias Schoenaerts on a London rooftop to take photos earlier this week. Fans and journalists pointed out online that Lawrence was wearing a plunging Versace dress while her male co-stars were bundled up.

Shortly after the photos began circulating online, publications weighed in on the fashion choice. Glamour ran a story called “This ‘Red Sparrow’ Cast Photo Says So Much About Women In Hollywood”, while The Independent originally went with a headline titled “Why Jennifer Lawrence’s Dress Shows Sexism in Hollywood Persists Despite #TimesUp.” The backlash implied that Lawrence was forced to wear more revealing clothing because she is a woman, but the actress says that’s not the case at all.

“That Versace dress was fabulous, you think I’m going to cover that gorgeous dress up with a coat and a scarf?” Lawrence wrote on Facebook. “I was outside for 5 minutes. I would have stood in the snow for that dress because I love fashion and that was my choice.”

“This is sexist, this is ridiculous, this is not feminism,” she continued. “Overreacting about everything someone says or does, creating controversy over silly innocuous things such as what I choose to wear or not wear, is not moving us forward. It’s creating silly distractions from real issues. Get a grip people. Everything you see me wear is my choice.” This Article is related to: Film and tagged Jennifer Lawrence, Red Sparrow