"Fantastic Beasts: The Crimes of Grindelwald" has a foolproof chance to make history with the first gay lead of a studio movie, so why is Warner Bros. balking? 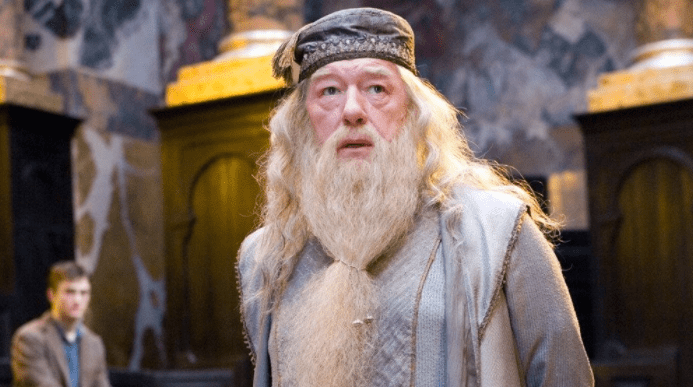 When “Harry Potter” author J.K. Rowling announced in 2007 that she “always thought of Dumbledore as gay,” initial reactions were mixed. While some lauded the writer for what they deemed an earnest attempt at inclusion, many were unimpressed by the posthumous outing of a character whose chapter had long been closed. (The final book in the series, “Harry Potter and the Deathly Hallows” was published three months before Rowling’s revelation).

Being cockeyed optimists (it’s from “South Pacific,” get your minds out of the gutter), “Harry Potter” fans hoped the forthcoming movies might actually show Dumbledore, you know, being gay, even though it is never explicitly stated in the books. However, three more movies came out after Rowling’s admission, with nary a mention of Dumbledore’s supposed romance with Grindelwald, a friend from his youth who betrays him. To be fair, there was a lot of story to pack into just eight hours of movie, and priority went to wrapping up the whole Harry/Voldemort thing.

With a highly successful “Harry Potter” prequel franchise in full swing, Rowling has a chance to set the record… gay. The first prequel, 2016’s “Fantastic Beasts and Where to Find Them,” was a critical and box-office hit, prompting renewed interest in the magical series. Dumbledore does not appear in the first film, but its forthcoming sequel, “Fantastic Beasts: The Crimes of Grindelwald,” will follow young Dumbledore’s relationship with Grindelwald — the very one Rowling asserts was romantic.

As the movie’s screenwriter, (she did not write any of the “Harry Potter” movies), surely Rowling would jump at the chance to finally canonize gay Dumbledore. Rowling stoked the flames herself, saying in a 2016 interview: “This is obviously a five-part story, so there’s lots to unpack in that relationship… As far as his sexuality is concerned, watch this space.”

Well, you can expelliarmus those fantasies right out of your tiny queer hearts, because gay Dumbledore is still nothing more than an apparition — and not the kind you can see.

“Fantastic Beasts” director David Yates recently told Entertainment Weekly how his movie will handle Dumbledore’s gayness: “Not explicitly.” As the news travelled, disappointment turned into outrage, with many voicing their concerns to Rowling on Twitter. “Being sent abuse about an interview that didn’t involve me,” she responded. “[A]bout a screenplay I wrote but which none of the angry people have read, which is part of a five-movie series that’s only one instalment (sic) in.”

The confirmation from Yates is all the more disappointing considering studios have been quietly testing the gay waters, with small moments in tentpoles like “Beauty and the Beast” and “Power Rangers.” There was a flurry of excitement last year when out gay director Bill Condon said his live-action “Beauty and the Beast” would boast an “exclusively gay moment,” which turned out to be an overhyped split-second dance between two men. (Despite the moment’s brevity, Disney received pushback in Malaysia and Russia).

Like “Beauty and the Beast,” “Fantastic Beasts” has a built-in audience, one so loyal that it’s hard to imagine a gay storyline would negatively affect its bottom line. “Beauty and the Beast” was the second highest-grossing movie of 2017, second only to “Star Wars: The Last Jedi.” Warner Bros. has a foolproof path toward making history with the first studio tentpole with an out gay character. Why is it balking at the chance?

Perhaps, like Yates and Rowling, Warner Bros. is hoping to cash in on the goodwill of a few offhanded comments. Later in his interview, Yates said: “I think all the fans are aware of that.” (Meaning Dumbledore being gay). Sure, send us right back into the closet with our silly little fantasies, like the last two millennia of gay stories. We’ve been there, done that, and we’re not going back. LGBT audiences are experts at finding queer subtext in just about any movie, from “Rebel Without a Cause” to “Thelma and Louise.” It’s one of our favorite pastimes, and that’s what it remains: A pastime.

As in, it’s long past time for “gay” characters to come out of the celluloid closet and be fully, beautifully, brilliantly queer.

If not, that’s cool. There’s no rule that says you have to have a gay character in your movie (though you might pick up a few Oscars). In 2017 alone, we had gay love stories in “Call Me by Your Name,” “God’s Own Country,” and “Battle of the Sexes,” out gay characters in “The Shape of Water” and “Lady Bird,” not to mention next-level queer films like “A Fantastic Woman” and “(BPM) Beats Per Minute.” (Don’t expect Rowling or Yates to have seen those). We’ve seen real representation. Rowling does not get to flippantly reveal her inner musings to score inclusivity points — not without actually putting it on the page. We’re good, mate. So stop blue-balling us with your queerbaiting and leave us alone.

This Article is related to: Film and tagged Fantastic Beasts: The Crimes of Grindelwald, Harry Potter, JK Rowling