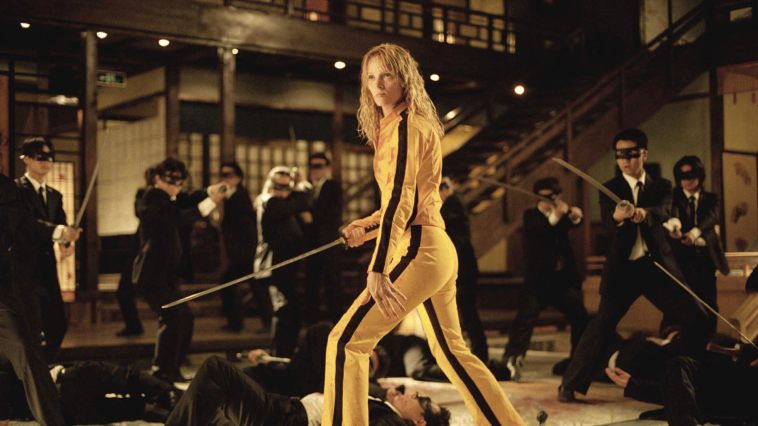 No one needs to remind Uma Thurman about the power of her work in Quentin Tarantino’s “Kill Bill” films, often hailed as the best example of the filmmaker’s feminist leanings. As she told a crowd during an onstage interview at the Karlovy Vary Film Festival last year, women have told her that “the film helped them in their lives, whether they were feeling oppressed or struggling or had a bad boyfriend or felt badly about themselves, that that film released in them some survival energy that was helpful.”

With the recent revelations surrounding Thurman’s experience filming “Kill Bill” — from the car accident Tarantino forced her to film that left her with lasting injuries, to her accounts of the director spitting on her and choking her in place of actors during certain scenes — the two-part movie’s legacy takes on a different cast. But even as some viewers repelled by these stories are inclined to turn on Tarantino, they should think twice before turning on “Kill Bill.”

Thurman alleges the accident and its fallout robbed her sense of agency and made it impossible for her to continue working with Tarantino as a creative partner (and Beatrix was very much the product of a partnership, as the pair are both credited as creators of the character). The power balance that had made their work possible was gone, as was her sense that she was a valued contributor to a project that has long been lauded for its fierce embodiment of feminist ideals.

In short, it took from Thurman the one thing truly necessary to crafting a feminist story: a sense of equality.

In this weekend’s chilling New York Times expose, Thurman recounts her on-set experience with Tarantino during the filming of “Kill Bill.” As she told it:

Quentin came in my trailer and didn’t like to hear no, like any director…He was furious because I’d cost them a lot of time. But I was scared. He said: ‘I promise you the car is fine. It’s a straight piece of road.’” He persuaded her to do it, and instructed: “‘Hit 40 miles per hour or your hair won’t blow the right way and I’ll make you do it again.’ But that was a deathbox that I was in. The seat wasn’t screwed down properly. It was a sand road and it was not a straight road.” … [After the crash,] the steering wheel was at my belly and my legs were jammed under me…I felt this searing pain and thought, ‘Oh my God, I’m never going to walk again. When I came back from the hospital in a neck brace with my knees damaged and a large massive egg on my head and a concussion, I wanted to see the car and I was very upset. Quentin and I had an enormous fight, and I accused him of trying to kill me. And he was very angry at that, I guess understandably, because he didn’t feel he had tried to kill me.

Fifteen years later, Thurman is still dealing with her injuries and an experience she deemed “dehumanization to the point of death.” She said that Tarantino finally “atoned” for the incident by providing her with the footage of the crash, which she had sought immediately after the accident in hopes that she might be able to sue. Thurman has not worked with Tarantino since. Thurman also told the Times that during production on “Kill Bill,” Tarantino himself spit in her face (in a scene in which Michael Madsen’s character is committing the act) and choked her with a chain (in yet another scene in which a different actor is meant to be brutalizing her character, Beatrix Kiddo). While some have theorized that Tarantino’s “Kill Bill” followup, “Death Proof,” was meant to act as some sort of act of theatrical contrition — it follows Thurman’s actual stunt person, Zoë Bell as a loose version of herself, as she takes out revenge on a man who attempts to kill her during a forced stunt in a car — it didn’t stop him from taking took such matters into his own hands again (literally so).

During the production of “Inglourious Basterds,” Tarantino again personally choked actress Diane Kruger while filming a scene for his World War II epic. He even took to the “The Graham Norton Show” to gleefully chat about it, explaining that his methodology is rooted in a desire for realism that acting (even well-directed acting, presumably?) just can’t deliver. “Because when somebody is actually being strangled, there is a thing that happens to their face, they turn a certain color and their veins pop out and stuff,” he explained. (Nearby, actor James McAvoy looks markedly queasy.)

Tarantino did impress upon the group that he asked Kruger if he could do it — by “it,” he means “actually strangle her and not actually try to direct his actors to a reasonable facsimile” — and she agreed. They have also not worked together since.

While Tarantino’s films have long been compelled by hyper-masculine ideas and agendas, the filmmaker has also crafted a number of strong female characters that have become a part of the cultural zeitgeist, including Melanie Laurent’s revenge-driven Shosanna Dreyfus in “Basterds” and Jennifer Jason Leigh’s criminal Daisy Domergue (who spends “The Hateful Eight” getting the crap beaten out of her, just like every other character, the rest of whom happen to be male). Even the bad gals in “Kill Bill” offered up rich, wild roles for actresses who were looking to combine action chops with serious bite.

Tarantino’s third film, “Jackie Brown,” offers up another strong heroine in the form of Pam Grier’s eponymous flight attendant. She’s Tarantino’s most human character — a flawed, fallible, deeply real woman who reads as more relatable than any other Tarantino creation (perhaps that she was inspired by Elmore Leonard’s novel “Rum Punch” is part of that, it’s still the only film Tarantino has used adapted work for), a true exercise in equanimity, a fully-realized feminist creation.

Yet few Tarantino characters are as indelible as Thurman’s Beatrix Kiddo (aka The Bride), one of his most capable characters who spends the course of two films exacting revenge on those who have wronged her and claiming what belongs to her. While Tarantino is the sole screenwriter on the film, both Tarantino and Thurman are credited as creating Beatrix (he as “Q,” she as “U”) and the pair have always been open about her origins as an idea Thurman first hit upon while they were making “Pulp Fiction.”

It is Beatrix who gives “Kill Bill” its central identity, and Thurman brought Beatrix to life more than Tarantino ever could on his own. The messaging of these films still sticks, perhaps even more deeply — a project about “survival energy” that has now been revealed to have been made using that same instinct by its own leading lady and creator. Thurman survived, so did Beatrix, and so too does the feminist legacy of “Kill Bill.” It never really belonged to Tarantino in the first place.