Martin McDonagh wants you to know his Oscar-nominated screenplay in no way tries to redeem Rockwell's racist cop. 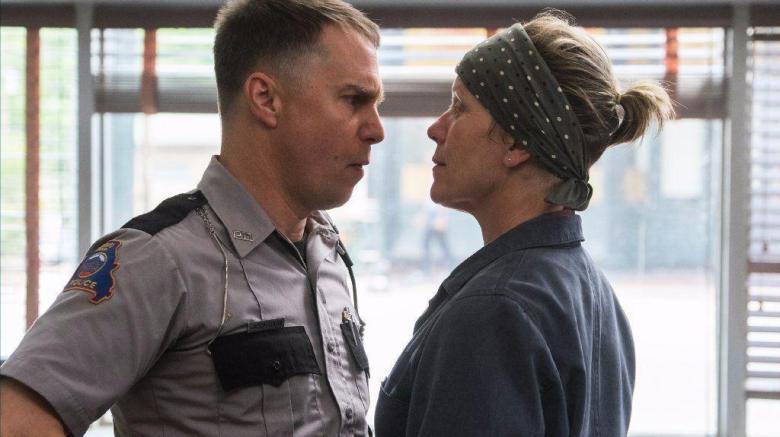 Martin McDonagh is speaking out about the backlash against “Three Billboards Outside Ebbing, Missouri.” In an interview with Entertainment Weekly, McDonagh addresses the criticism that his screenplay tries to redeem its most racist character by the end of the film, Sam Rockwell’s police officer Dixon.

“It mostly comes from the idea of Sam Rockwell’s character, who’s a racist, bigoted asshole, that his character is seemingly being redeemed, maybe,” McDonagh says of the backlash. “I don’t think his character is redeemed at all – he starts off as a racist jerk. He’s the same pretty much at the end, but, by the end, he’s seen that he has to change. There is room for it, and he has, to a degree, seen the error of his ways, but in no way is he supposed to become some sort of redeemed hero of the piece.”

Numerous critics and film writers have criticized “Three Billboards” over the last several months as it has proven to be an awards powerhouse, winning the Golden Globe for Best Drama and the SAG Award for Best Ensemble, plus earning seven Oscar nominations, including Best Picture. Many have slammed the film for what they see as a shallow look at American racism, and the backlash hinges on Rockwell’s character. Dixon is the most reprehensible character in the film, and some find the script a bit too forceful in how the viewer is supposed to sympathize with his struggle by the end.

“It’s supposed to be a deliberately messy and difficult film,” McDonagh said, saying he isn’t too angry about the discussions that have erupted over the movie. “Because it’s a messy and difficult world. You have to kind of hold up a mirror to that a little bit and say we don’t have any kind of solution. But I think there’s a lot of hope and humanity in the film and if you look at all those issues with those things in your heart, we might move on to a more interesting place.”

McDonagh admits that the backlash did hurt for a little, but he realizes he’s “not making films for six year olds” and he’s not making “The Avengers,” and therefore a more polarizing response is always a risk.

“We’re trying to do something that’s a bit little more difficult and more thoughtful,” McDonagh concluded.

“Three Billboards Outside Ebbing, Missouri” is now playing in theaters nationwide. We’ll find out how much the Academy loved the film when the Oscars air Sunday, March 4.

This Article is related to: Film and tagged Martin McDonagh, Sam Rockwell, Three Billboards Outside of Ebbing Missouri