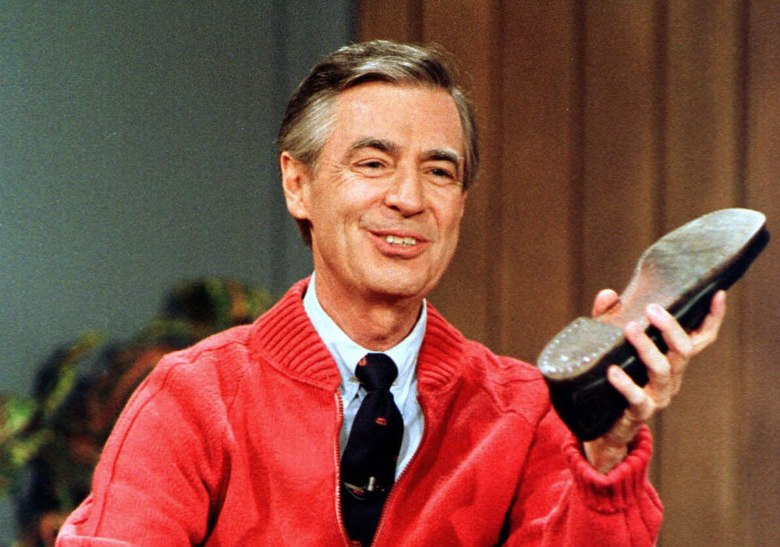 “Mister Rogers’ Neighborhood” was a staple on many childhood television sets, inspiring us with messages of kindness and imagination. For one night in 2018, kindness will return to the world when PBS celebrates the 50th anniversary of the iconic children’s series. In “Mister Rogers: It’s You I Like,” celebrities like Whoopi Goldberg, Sarah Silverman, Judd Apatow, Yo-Yo Ma, John Lithgow, and Esperanza Spalding discuss their own experiences with the show. Michael Keaton will serve as host for this trip down memory lane, which will feature archived performances from Tony Bennett, Yo-Yo Ma, and more in addition to tributes.

In advance of the special, The Fred Rogers Company has released a video with highlights of some of those tributes. For instance, Judd Apatow calls Fred Rogers “the bar for how I would like to behave,” while Esperanza Spalding says that she was inspired to be a musician because she watched the show.

To further commemorate the occasion, the network will also be airing a week-long event beginning on February 26. On each day, an episode of animated spinoff series “Daniel Tiger’s Neighborhood” will be paired with the episode of “Mister Rogers’ Neighborhood” that inspired it.

The series may have ended in 2001, but its legacy still endures. The 50th anniversary tribute special, “Mister Rogers: It’s You I Like,” will air on PBS on March 6. Check out the special preview below.

This Article is related to: Television and tagged Mister Rogers' Neighborhood, PBS