Jones said he liked the experience of making a Netflix movie, but “you don’t know if anyone’s seen them.” 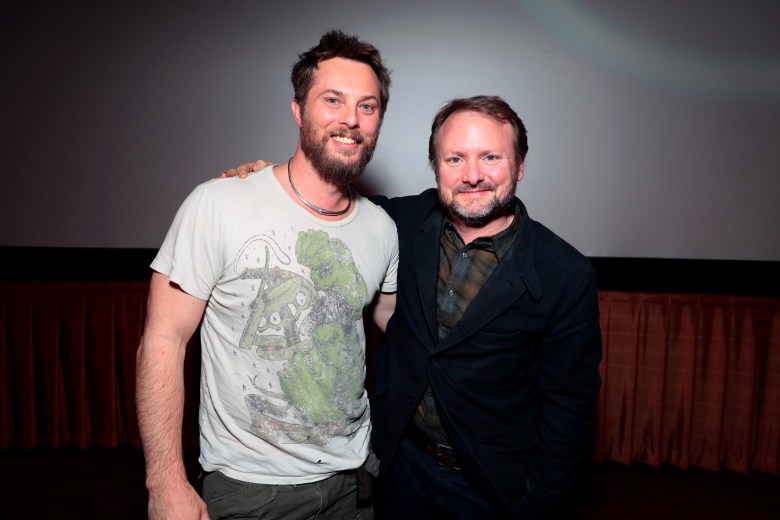 In a February 22 Q&A with “Star Wars: The Last Jedi” director Rian Johnson, Duncan Jones revealed that despite his extremely positive experience collaborating on “Mute” with Netflix — where the film made its streaming debut a few hours later — the service won’t be home to all his future endeavors.

If “you do a Netflix movie, [and] you do another Netflix movie, at some point, people are not going to know whether you make good movies or not, because there’s not really that much information about how those movies have done,” Jones told a Los Angeles audience attending a special theatrical screening of “Mute” at the Pacific Theatres at the Grove. “There’s ratings, which is great, but you don’t know if anyone’s seen them.”

Jones said he is torn between wanting to helm original features and “mak[ing] movies at a budget where I can make the films I want to make.” He envisions a future “bouncing back and forth between the freedom and originality of the films that I can make through streaming sites, and going out there and doing the occasional studio film and showing, Yep, I make movies people want to watch.”

During the Q&A, Jones reiterated that tackling “Mute” without Netflix would have been impossible, as studios have grown increasingly risk averse. When he brought up “franchises, sequels, prequels, reboots, remakes,” Johnson — who is now penning a new “Star Wars” trilogy — hid his eyes and yelped, “I’m sorry!” Jones then pointed back-and-forth between Johnson and himself, designating “Studio, indie, studio, indie,” causing Johnson to deadpan, “It’s fake news, everyone.”

Production on “Mute,” was a welcome contrast to its predecessor, 2016’s “Warcraft.” Jones described the latter, released by Universal Pictures, as not only “three-and-a-half years of politicking,” but also a “war of attrition, death [by] a thousand cuts,” and Rocky “in the last rounds where he’s getting beaten up and he hasn’t started punching back.”

This time, however, Netflix “God love them, read the script, got it, agreed to the budget that we proposed, and said, ‘Okay, go make the film,’” Jones recalled, still amused. “I was like, ‘What? Really?’” He was also grateful that his contract ensured he had final cut, although he joked that Netflix executives who first saw the result responded with, “‘Holy shit, man, that’s what you were going to make?’ No … we all knew it was going to be a dark and weird movie, and fortunately, they liked it and now it’s out.” “Mute” stars Alexander Skarsgård as an Amish bartender in 2058 Berlin who cannot speak. The film functions as the second installment in a trilogy that began with “Moon” nine years ago (Sam Rockwell, the lead in “Moon,” has a courtroom cameo in “Mute,” and chapter three would detail “how that court case goes”). For the third act, Jones envisions “a nice, big, juicy action movie, [a] road movie, starring two women from the North of England.”

Jones implied that Johnson still had his own non-franchise ideas, and the “Brick” and “Looper” director responded, “We’re all figuring out how to do it right now, it’s such a strange time.” Earlier, on the subject of collaborating with streaming services, Johnson said that among his circle of filmmakers, keeping up with the ongoing rise of digital distribution feels like outrunning an avalanche. “No one knows where everything’s going to settle right now. But, at the end of the day, we’re telling stories,” and he and Jones pursued filmmaking to “tell the stories we care about.”