The Kristen Bell-narrated documentary follows one very special panda as she embarks on a life-changing journey. Also, it's adorable. 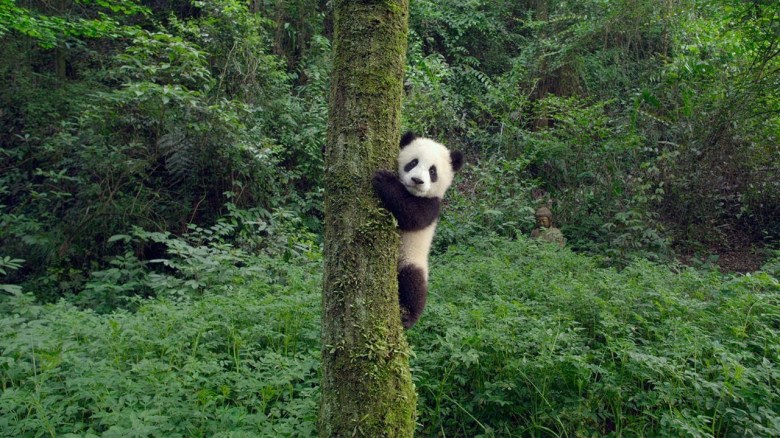 DisneyNature, you’re not the only game in town. Warner Bros. is continuing its push into the into totally adorable world of animal-centric documentaries with its latest offering: “Pandas.” The film is, of course, about pandas. Billed as a “breathtaking documentary adventure and amazing experience for the whole family,” the new doc will arrive in IMAX theaters this spring, complete with narration by actress Kristen Bell.

“I am thrilled to team up with IMAX and Warner Bros. Pictures to help tell this incredible story in the larger-than-life IMAX format,” said Bell in an official statement. “’Pandas’ not only spotlights the important work being done to protect these beloved and ridiculously cute animals, but it provides us with inspiration and hope and showcases the great things we can achieve when we work together.” Bell, as always, knows what’s up.

From filmmakers David Douglas and Drew Fellman, the same team behind the 2011 Warner Bros. doc “Born to Be Wild” (that one was about orangutans and elephants) and the studio’s 2014 offering “Island of Lemurs: Madagascar” (yes, lemurs), “Pandas” travels to China’s own Chengdu Panda Base to meet some very special bears and their beloved keepers.

Per the film’s official synopsis, at Chengdu, “scientists are taking the captive breeding program to the next level and preparing captive-born cubs for the wild. This film follows one such researcher, whose passion leads her to initiate a new technique inspired by a black bear rehabilitator in rural New Hampshire. What starts as a cross-cultural collaboration becomes a life-changing journey for one special panda named Qian Qian. The film, captured with IMAX cameras, follows Qian Qian on an exciting new adventure into the mountains of Sichuan as she experiences nature for the first time and discovers her wild side.”

The film’s first full-length trailer is full to bursting with tumbling baby pandas, adorable squeaking baby pandas, hungry baby pandas, and as a special bonus, some incredibly cute black bear cubs, too. It’s two for the price of one. Check out the first trailer for “Pandas” below.

This Article is related to: Film and tagged Documentary, Pandas