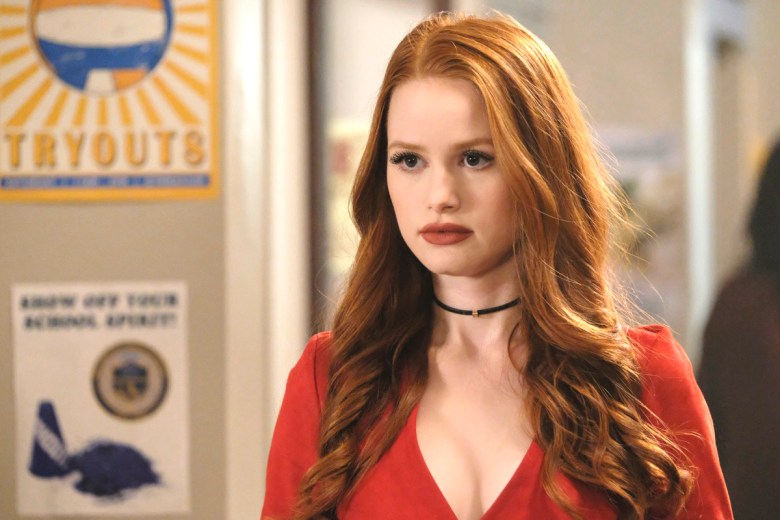 Trust “Riverdale” to go Stephen King on the high school musical trope. As previously announced, in April The CW series will put on the Broadway flop “Carrie: The Musical” as Riverdale High’s big theater blowout. But it almost didn’t happen.

At a screening for this week’s episode of the series, creator Roberto Aguirre-Sacasa revealed that the show first considered doing “Little Shop of Horrors,” which has horror and comedy elements that would fit the show.

“On some level ‘Riverdale’ is a crime and mystery and a pulp show,” said Aguirre-Sacasa. “There is still an element of coming-of-age and high school obviously. Doing the school musical is such a rite of passage that we wanted to do that. The question that the studio network had was, ‘Okay, but if you’re going to do that, it’s gotta still be a very “Riverdale” take on the musical.’”

Eventually, though, the show found its way to “Carrie.”

“I’m a huge fanatic of ‘Carrie’ the novel and then the movie. I was obsessed with the Broadway flop of ‘Carrie: The Musical,’” he told reporters at a recent CW press event. “Probably five or six years ago, one of my good friends revived it Off-Broadway. He revealed it to be the real gem that I always knew it was, so we kind of thought, ‘Oh, this would be a thematically a great musical for Riverdale to do,’ partly because that show also has archetypes like the good girl next door, the nice boy who takes Carrie to the prom. It felt like oh we could play with these archetypes.”

Following the popularity of “Carrie” on the big screen, a musical was adapted with a book by Lawrence D. Cohen, lyrics by Dean Pitchford, and music by Michael Gore. The framework story is the same: an unpopular teenage girl develops telekinesis and uses it to wreak havoc at prom and on her religious fanatic mother. The reviews for the 1988 Broadway run were so bad for the Broadway musical that backers pulled out of the show, causing it to close after only 16 previews and five performances. In 2012, the show was revamped and enjoyed success Off-Broadway.

A Night to Remember. pic.twitter.com/J3pRa5xEXs

Aguirre-Sacasa confirmed that the actual “Carrie” score would be used and dropped a few vague hints about the roles some of the students would be playing:

Although Cheryl is popular at Riverdale High, she may have more in common with Carrie than it may seem initially.

“Starting from the next episode on, [Cheryl] her story… is gangbusters through the end of the season in a really, really great way. She’s pushed into places that she hasn’t been before, where she’s going to address the crush or obsession or however you want to describe what she had for Josie (Ashleigh Murray),” said Aguirre-Sacasa. “We’ve hinted at she’s going to start a relationship. That is very much going to happen. Not for nothing she’s playing Carrie. She’s got some fire she has to go through coming up.”

Fangs (Drew Ray Tanner) is one of the Serpents who got incorporated into Riverdale High after his own Southside High School was deemed a public health hazard and shut down. He does not seem like the obvious choice to assist the director of a musical, but Aguirre-Sacasa said, “As for Fangs being assistant director to Kevin on the musical, there’s a reason that he’s doing that, which will be revealed in the episode.” Cole Sprouse, who plays Jughead, has notoriously been against a musical from the start, but he came around when “Riverdale” figured out a role he could play that would allow him to not sing. In the cast list, Jughead’s role is mysteriously listed as “The Beak,” which is not a character in any of the versions of “Carrie” we know of.

“Cole and I talked about it a while ago and I said, ‘How do you feel about musicals and stuff?’” said Aguirre-Sacasa. “He basically said, ‘Listen, I never sang for Disney. It would take a lot.’ But the truth is, when we really thought about the character of Jughead, he felt like the one character who probably wouldn’t exactly be in the school musical. However, when you see the episode, he’s very much an integral part of it and he’s doing something that we think is quintessentially Jughead during the musical. Except he doesn’t sing.”

The “Riverdale” musical episode will air on April 18 on The CW.

This Article is related to: Television and tagged Carrie, Riverdale, Roberto Aguirre-Sacasa