The next installment of "Stranger Things" will return to Season 1's eight-episode format. 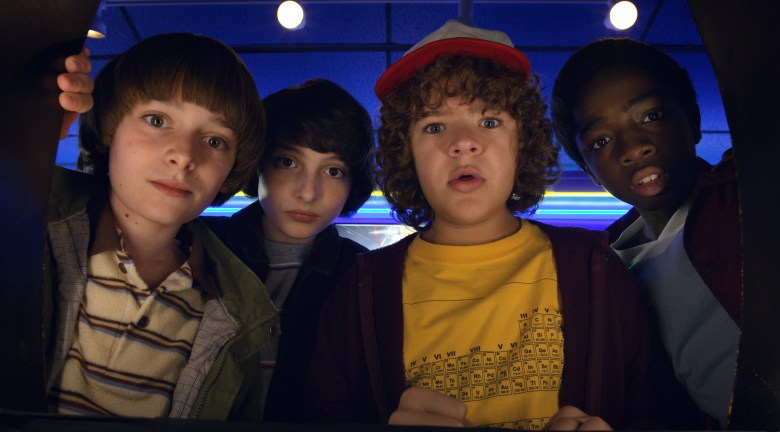 The rumor that “Stranger Things” won’t return to Netflix until 2019 is looking more likely. TV Line has learned exclusively that Season 3 of the science-fiction series begins filming this April, which means the chances of seeing new episodes in 2018 is very unlikely. Additionally, Netflix will be producing eight new episodes for Season 3, down one from the nine-episode Season 2. The first season of “Stranger Things” ran eight episodes.

Details about the upcoming season of “Stranger Things” are predictably scarce. The Duffer Brothers have teased a time jump since their young actors are growing up in real life, but other than that no additional details have been revealed.

Season 2 added new cast members such as Dacre Montgomery and Sadie Sink, but the jury is still out on how many fresh faces will be joining the next batch of episodes. Season 2 ended on a cliffhanger when it was revealed the Mind Flayer wast still alive in the Upside Down.

The shorter episode count should be a relief to fans who preferred the quicker pace of the original season. The first two seasons of “Stranger Things” are now streaming on Netflix.