Fans of the sci-fi series were surprised by Netflix's seemingly sudden release of the film, but even its own stars were in the dark. 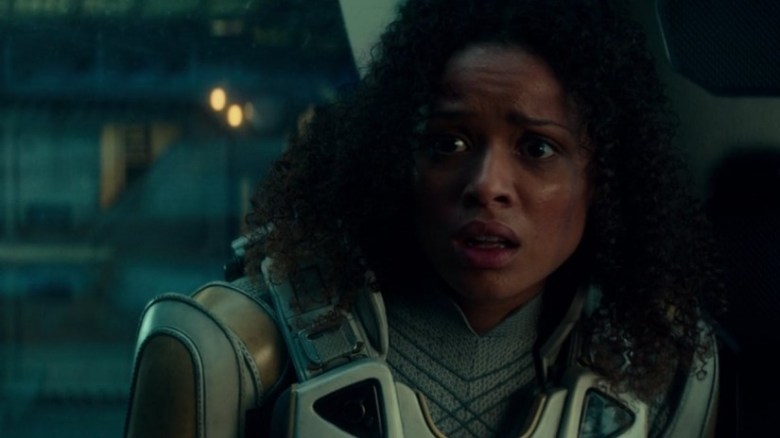 For fans of the J.J. Abrams-created Cloverfield universe — which currently includes a trio of films, with at least one more on the way — the element of surprise has become a major part of the sci-fi series’ appeal. The last two films in the expanding cinematic series, “10 Cloverfield Lane” and the recent Netflix feature “The Cloverfield Paradox,” both arrived as unexpected additions to the canon, with “Paradox” using Super Bowl Sunday trailers to not only announce that the film was now a Netflix property but that the film was going to be available to stream that very night.

But it’s not just fans who have been shocked by the films and their addition to the world of Cloverfield, as even stars like “Paradox” lead Gugu Mbatha-Raw weren’t let in on the secret until the very last moment. As Mbatha-Raw recently told IndieWire, she didn’t even know the film was going to Netflix, let alone that it was about to be unleashed upon the world until mere hours before it dropped.

“It certainly was a surprise,” she said. “We all had a call with J.J. on the Sunday morning and I think I thought, ‘Okay, it’s Super Bowl Sunday, maybe there’ll be a trailer.'”

Mbatha-Raw didn’t even know the film was slated to become a Cloverfield feature until ScreenCrush asked her about it last November — she was still under the impression that the film was standalone sci-fi outing known as “God Particle” — though she did soon get hip the plan for what was then a Paramount film. As Abrams himself explained in a recent Facebook Q&A (via the Verge), the film’s numerous scenes set on Earth, many of which focus on Mbatha-Raw’s character and her husband, played by Roger Davies, “were only built out after test viewers insisted on knowing what was happening on the planet during the story.”

By Super Bowl Sunday, Mbatha-Raw had “known for a few months that it was going to be a Cloverfield film,” she said, though she was unaware of its new distributor and release strategy.

The actress, who will next be seen in Ava DuVernay’s upcoming “A Wrinkle in Time,” is no stranger to the Netflix way, having previously appeared in the beloved “Black Mirror” episode “San Junipero” and recently seeing the release of the indie romance “Irreplaceable You” on the streaming platform. Each foray into the streaming world has been markedly different for the actress.

“For me, ‘Black Mirror’ was always a Netflix project, from when I signed on,” she said. “Initially ‘Irreplaceable You’ was an independent film, which Netflix acquired. ‘Cloverfield Paradox,’ as everybody knows, was made at Paramount…As an actor, you have control over certain elements of your performance, but you don’t really get a chance to control the distribution or how a movie is consumed.”

Mbatha-Raw is cautiously optimistic about the reach of Netflix. When asked how the streaming giant’s growing dominance of the industry looks to her, the actress said, “The exciting thing about Netflix is that it gives access to people all over the world to see the film instantaneously. It’s not like people have to wait for it to be released in different regions and things like that…It will remain to be seen, I think the industry is evolving and it’s definitely an interesting time.”

This Article is related to: Film and tagged Gugu Mbatha-Raw, JJ Abrams, Netflix, The Cloverfield Paradox