The author told BuzzFeed News that he chose to leave the Society of Children's Book Writers and Illustrators of his own accord. 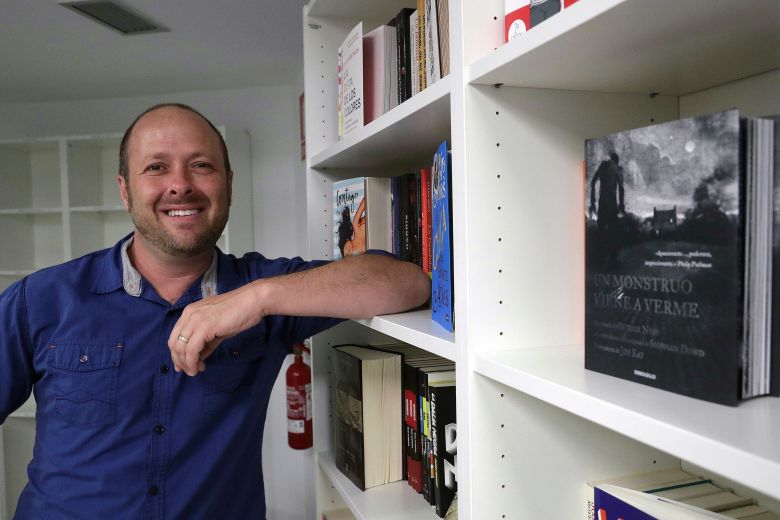 Update (February 14): Asher’s spokesperson, Tamara Taylor, has provided an official statement. It can be read in full below.

Bestselling author Jay Asher, the writer of the lauded YA novel “Thirteen Reasons Why,” which recently spawned the hit Netflix series “13 Reasons Why,” was expelled from the Society of Children’s Book Writers and Illustrators last year after allegations of sexual harassment, BuzzFeed News reports.

Per BuzzFeed News, “the SCBWI is a nonprofit literary organization that supports authors and illustrators of children’s and young adult books by giving awards, hosting events, and publishing resources.” SCBWI executive director Lin Oliver told the outlet that “Asher was expelled from the SCBWI after the organization received anonymous complaints by email, though she would not specify how many or when specifically he was removed.”

Although Oliver would not get into details, she did tell the outlet that “after we investigated, we felt that terminating his membership was the proper course of action.”

In speaking with BuzzFeed News earlier this week, Asher said that he left the organization on his own, after being harassed by the same people who reportedly accused him of harassment. “The truth is that I had been harassed by these people for close to 10 years,” Asher told the outlet. “And I just could not deal with it anymore.”

He added, “I understand the predicament they’re in with everything going on and to want to protect themselves. I love the organization, but they didn’t decide to push me out. It was my decision, even though [Oliver] said the email contained nothing that their organization should have anything to do with.”

Although Asher’s departure from the group happened sometime last year, BuzzFeed News reports that the news was only revealed over the weekend “in the comments section of an article published in the School Library Journal titled ‘Children’s Publishing Reckons With Sexual Harassment in Its Ranks.’ The article was published on Jan. 3, but many people took to the comments section in February to anonymously accuse a number of children’s authors of sexual harassment and misconduct, Jay Asher being one of them.”

Oliver told BuzzFeed News that while there have been systems in place for people to report harassment to the SCBWI, “the organization will also be updating their code of conduct for all of their events. They have also instituted an email address designated for members to report specific instances ‘in light of the current revelations about sexual harassment.'” Oliver also said that new committee comprised of SCBWI board members will be tasked with reviewing and responding to those reports.

“Every single industry in America, including children’s books, is made up of primarily excellent people with excellent values and exemplary moral codes,” Oliver told the outlet. “But no industry is exempt from taking a look at themselves and seeing what they can do better.”

For his part, Asher expressed trepidation over the current climate. “It’s very scary when you know people are just not going to believe you once you open your mouth,” he told BuzzFeed News. “I feel very conflicted about it just because of what’s going on in the culture and who’s supposed to be believed and who’s not.”

Statement from Asher’s spokesperson reprinted in full below.

“The SCBWI’s recent statement about author Jay Asher is completely false. There was no allegation, investigation or finding of sexual harassment.

In April 2017, Mr. Asher voluntarily agreed that he would no longer attend SCBWI conferences. This was in response to hurt feelings of a group of authors with whom he had consensual relationships that ended poorly.

Mr. Asher was not banned by the SCBWI. In fact, when he let his membership in the group lapse last summer, Lin Oliver, the group’s executive director, suggested that he keep his membership going. He did as requested, and Mr. Asher’s membership is active today.

These women were not subordinates of Mr. Asher; they were his peers and they each entered into romantic relationships with him voluntarily, with some initially pursuing him.

Mr. Asher was married at the time of these relationships, as were many of the women. He is deeply sorry for the pain these consensual decisions caused his family, and others.

The false statements to the news media have resulted in inaccurate and hurtful news coverage, which is threatening Mr. Asher’s livelihood.   Mr. Asher has retained legal counsel and is demanding SCBWI and Lin Oliver promptly retract the false and defamatory statements they made.”

This Article is related to: Television and tagged 13 Reasons Why, Jay Asher, Sexual Harassment, Thirteen Reasons Why