Quentin Tarantino took the blame for Uma Thurman's accident, but most film sets have a protocol to avoid endangering the cast and crew. 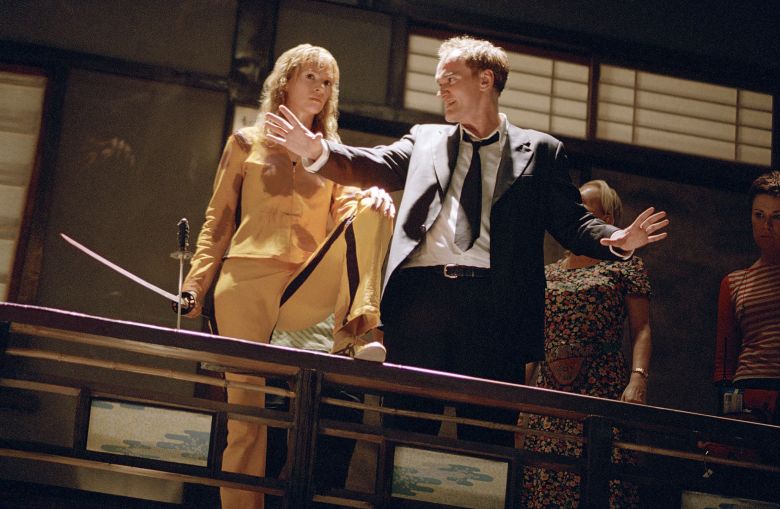 Everyone who works in production watched the “Kill Bill” footage of Uma Thurman crashing into a palm tree, and knew that something went terribly wrong leading to a near-fatal accident. Beyond that, however, specifics are hard to come by. “This should never have happened,” said one line producer who works on stunt-filled projects, “but where exactly the mistake was made? The circumstances are so different on each film — well, for each scene, for that matter. All I know is this shouldn’t have happened.”

In a clear-the-air interview with Deadline published two days after Thurman first discussed the crash in The New York Times, Quentin Tarantino puts the blame partially on himself. He had driven the narrow sand-covered road, and assured Thurman it was straight and safe. The cinematographer then asked for a switch: He wanted the car to drive down the road from the opposite direction, to get a shot that would account for the late-day sun. Although he didn’t test the road from the other direction, Tarantino reasonably assumed the switch would not change the safety and driving conditions. However, according to the director, the switch did make a significant difference: There was a turn that caused the crash, which left Thurman with permanent injuries.

For her part, Thurman, in an Instagram post, absolved Tarantino and expressed anger toward producers Harvey Weinstein, E. Bennett Walsh, and Lawrence Bender. Ultimately, as “the owners” of the film, these men were liable, but they were not specifically responsible for logistics. Thurman’s anger toward these men has more to do with how the accident was handled, and presumably the cover-up, after the event.

This leaves two big practical questions: How could the accident have been avoided? And what sort of precautions should filmmakers maintain to avoid similar mistakes in the future?

These are simple questions, but there are no easy answers. IndieWire spoke to a number of people in production, many of whom pushed back on the idea of blaming the “Kill Bill” production team. “Doesn’t matter what Tarantino says,” said one. “He likely has zero clue what his crew actually did.” Added another: “Sight lines, control over the environment, what they learned in tech scout — the amount questions involved in each car shot is tremendous. You aren’t scratching the surface. There is no step 1, 2, ,3 safety steps with this.”

However, as another team member said: “When something goes wrong, it’s never the thing you thought was a risk.” There isn’t one single way to address these concerns, but a few major takeaways stand out.

For films like “Kill Bill,” that contain practical (non-CGI) stunt work, preparation begins months ahead of time and varies based on the project. On a movie like “Baby Driver,” stunt coordinators and the stunt driver worked to execute Edgar Wright’s vision by practicing and timing out the stunts. They then collaborated with Wright and cinematographer Bill Pope on where to rig the camera and how coordinate first-unit (with the cast) and second-unit (with the stunt drivers) photography.

On a film like “Atomic Blonde,” which relied on elaborate, practical fight sequences — sometimes captured in long takes — the stunt coordinator, taking cues from director David Leitch, worked with stunt professionals to choreograph the scene, then rehearsed with star Charlize Theron to determine when and where to use her stunt double and where and how to mask transitions between the two. After that, they worked with department heads to tailor the scene for logistics of the location, camera, and even the art department as to where safety padding could be hidden. In both cases, issues of safety put creative limitations on the process and drove the careful preparation of each stunt scene.

There is no doubt this type of work was a huge part of “Kill Bill,” which has some of the best and most spectacular fight scenes in recent American filmmaking and relied heavily on a cast of non-stunt professional actors as much as possible. Much of what filmed was likely considered significantly more dangerous than the shot in which Thurman was injured. And based on how Tarantino described his approach to the scene, it is possible to assume they believed the shot didn’t require the same level of of pre-planning, testing, and rehearsing.

Thurman and Tarantino likely had to have complete trust in each other to pull off “Kill Bill,” so in that sense it is understandable why the director drove the road himself and then personally assured his star that it was safe. But even though Tarantino is the center of the universe on his film sets, the logistics of this matter would not be in the director’s hands.

There are several other people typically involved in the process: Fellow DGA members on set include the Assistant Director (AD), Unit Production Manager (UPM), and Line Producer (not all LPs are DGA). The UPM works with department heads to ensure they have the equipment and crew necessary to execute their jobs for each scene. The AD coordinates with the departments to figure out the schedule, and actually runs the set during production. The on-set LP, who oversees the AD and UPM, keeps an eye on how everything fits into an overall budget, schedule, and big-picture goals laid out by the director and studio. All of these positions are tasked with safety concerns. However, it’s the AD — at the center of executing and coordinating each shot — who’s typically held responsible for on-set safety. It is clear based on Tarantino’s description that he, and one could assume the crew, did not assume the driving shot was viewed as a stunt, but rather “a straight piece of road.” While the preparation details of the “Kill Bill” incident aren’t fully known, even when there are not stunts, when an actor is going to drive a vehicle themselves crew are particularly careful. LA transportation captains are particularly well respected for testing the stability of the car. Why the teamster’s concerns about the car itself were expressed to Thurman (as the actress told the New York Times) and not the AD, UPM, Line Producer, or Tarantino (as the director told Deadline), is an unknown.

Had concerns been voiced and/or the scene properly prepared with the key players, it is hard to imagine Tarantino’s well-respected AD Bill Clark wouldn’t have put Thurman’s stunt driver/double Zoë Bell on the call sheet and used her for the shot.

The Pressure To Not Speak Up

When 27-year-old camera assistant Sarah Jones was killed by a train accident on the set of “Midnight Rider,” it sent shockwaves through the industry. The details surrounding the accident are staggering, as countless and obviously poor safety decisions were made in what was an incredibly avoidable tragedy. For many below-the-line people, the story hit home because they identified with their specific counterparts on the “Midnight Rider” set and wondered, “Would I have spoken up?”

Many admitted that they wouldn’t. In the male-director-driven world of film production, everything becomes about fulfilling the director’s vision and an almost army-like mentality of getting the shot. No one wants to be the wet blanket who pushes back or slows things down. It’s for this reason, in the wake of Jones’ death, that studios made sure anonymous safety hotlines were put on every call sheet: Unsafe conditions need to be reported.

Ultimately, “Midnight Rider” director Randall Miller pled guilty to criminal trespassing and involuntary manslaughter for his role in Jones’ death. Now this is Randall Miller, not exactly a household name, who the crew did not speak up against and stop. Imagine being the one to tell Quentin Tarantino and his tight-knit group of collaborators, “Hey, this car is a little janky.”

In Maureen Dowd’s story, Thurman discussed the pressure she felt to do the shot:

“Quentin came in my trailer and didn’t like to hear no, like any director,” she says. “He was furious because I’d cost them a lot of time. But I was scared. He said: ‘I promise you the car is fine. It’s a straight piece of road.’” He persuaded her to do it, and instructed: “ ‘Hit 40 miles per hour or your hair won’t blow the right way and I’ll make you do it again.’ But that was a deathbox that I was in. The seat wasn’t screwed down properly. It was a sand road and it was not a straight road.”

For people not in film production, this is the hardest part of this story to understand. If the star of the film is feeling unsafe, why did she acquiesce to pressure? Making movies is expensive and often the biggest cost is time. To move the production down to a dirt road, set up a shot for a fading light, and then miss the opportunity to get the shot could cost tens of thousands of dollars. Adding another day only adds to the tab. It’s that pressure that can be felt at the highest end of the film-set hierarchy. On the fourth-to-last day of a nine-month shoot — on a movie so sprawling it was eventually split into two movies — it’s fair to assume the pressure was particularly high.

And it is for this reason that so many in production can relate to the mistakes that were made in this particular instance, as a vast majority of production errors on film sets — safety and otherwise — take place when everyone’s racing against the clock.