Cirrincione is known for "boosting the careers of black actresses," a report from The Washington Post says. 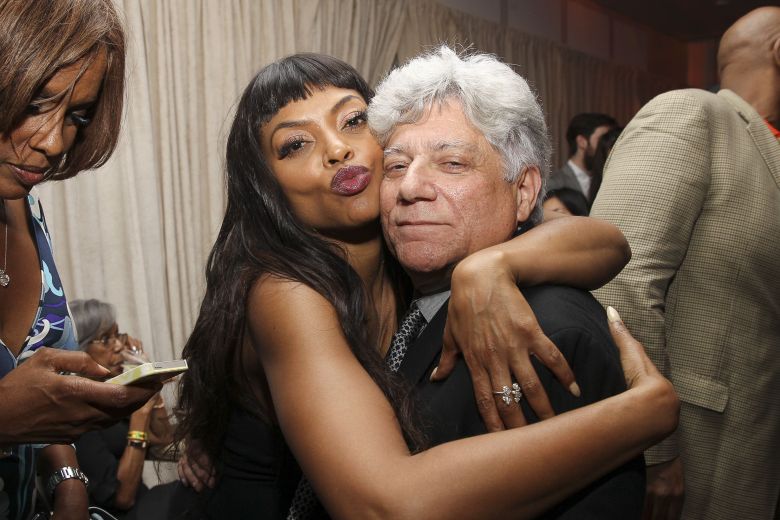 Hollywood manager Vincent Cirrincione has been accused of sexual harassment by nine women in a report from The Washington Post. Eight African American women and one Asian American woman allege Cirrincione made unwanted sexual advances toward them over a two-decade period. The manager formerly represented Halle Berry for 20 years and currently manages Taraji P. Henson. Cirrincione is well known in the industry for “boosting the careers of black actresses.”

The nine women all say they wanted Cirrincione’s management because of his success with Berry, and later Henson. A majority of the women say Cirrincione would only represent them if they were willing to have sex with him whenever he wanted. When they refused, Cirrincione refused to hire them as clients. One woman told The Post that Cirrincione masturbated in front of her in his office.

One of the women, Tamika Lamison, was a 27-year-old stage actress at the time the alleged harassment occurred. She was invited to audition for Cirrincione at a hotel in New York City. When she entered the room, Lamison remembers hearing Berry on the phone with Cirrincione and being excited by the prospect of having the same manager as the Hollywood star. Lamison was then asked to recite a poem, but midway through she says Cirrincione “started kissing her, sticking his tongue in her mouth.” He allegedly offered to be her manager if she was willing to have sex with him, but Lamison “pushed him away and left.”

Cirrincione told The Washington Post that he “accepts responsibility for pursuing sexual relationships but denies allegations that he sought sexual favors in exchange for representing actresses.” He issued the following statement in reaction to the allegations:

We live in a time where men are being confronted with a very real opportunity to take responsibility for their actions. I support this movement wholeheartedly. I have had female clients and employees my entire career in this industry. I have built a reputation for advancing the careers of women of color.

I have had affairs while in committed relationships, ones I am now ashamed to say are coming to light and shading my past and my reputation. I can say without a doubt that I have never used favors, sexual or otherwise, as a reason for managing anyone. I want to make it clear that not one of those relationships were anything but consensual.

I take responsibility for my part in the situation and I am not here to diminish anyone’s feelings or experiences. I apologize to these women, my past and present partner, my clients and employees for the pain this is bringing them. I was under the impression I was living my life as a supportive man to women. It is with a heavy heart that I see now I was wrong.

Berry told The Post she is “saddened” to learn about Cirrincione’s alleged harassment. She said her manager “never made an inappropriate gesture” toward her during their 20-year business relationship.

“While Vince never made an inappropriate gesture toward me, nor did I hear about this type of behavior from any woman or man while we worked together, I have always had a no-tolerance policy when it came to such matters,” Berry said. “My heart goes out to any person who is subject to this type of behavior, and I stand in support of their strength and bravery.”

Henson echoed Berry’s statement, saying she also had never heard of or experienced Cirrincione’s harassment. She told The Post she regards her manager as a “father figure” who helped her make a name for herself in Hollywood. Cirrincione would “pay for her rent, child-care fees and later, her son’s school tuition.”

“I’ve never had any issue with this on any level,” Henson said. “He totally respected me…He saw a single mother trying to make her dreams come true, and he nurtured that. He wrote checks and wouldn’t ask for anything in return. It wasn’t coming from a creepy place. If anything, it empowered me. Like this man believes in me. I love him for that.”