As Ryan Coogler makes history at the box office, Wesley Snipes looks back at the "Black Panther" movie that could've been. 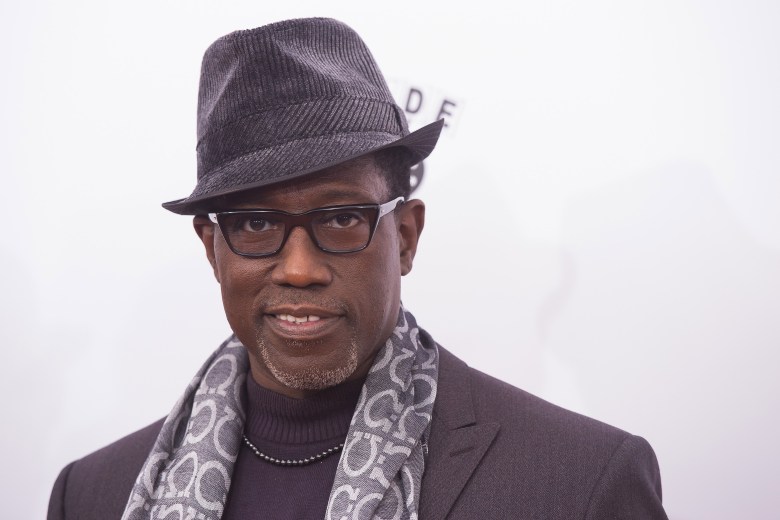 With a massive debut weekend north of $200 million, “Black Panther” has become one of the top five openers in movie history, let alone one of the biggest films in the Marvel Cinematic Universe to date. These huge numbers may be a shock to the industry, but they probably aren’t to Wesley Snipes. The actor saw the cinematic potential of the “Black Panther” comic book series over 25 years ago, but 1992 Hollywood was a much different place and not exactly jumping at the chance to make a black superhero movie.

Snipes recently joined Variety for an interview in which he looked back at trying to adapt “Black Panther” for the big screen in 1992. Snipes felt the material was rich enough to appeal to all kinds of audience demographics, and he was particularly excited about the character’s utilization of African martial arts.

“We thought it would be very cool and atypical for a Marvel comic-book character,” Snipes said of “Black Panther.” “Something that would be appeal to white people, black people, Asian people, and have some martial arts in it and expose the world of Africa in a way that most people were unfamiliar with and very contrary to the stereotypes that are projected about the continent.”

According to Snipes, three different screenplays were penned for the project but it became a challenge to find the right director. The fact that Snipes wanted to remain true to the comic books in terms of the character’s culture made it a difficult sell.

“We wanted to keep it true to the comic book,” he said. “In the comic book, Wakanda is a mecca of sorts of diverse culture and beliefs and systems and skills and warriors and, of course, the martial arts. African martial arts was featured in our version, which most people in our world didn’t know exist. It would have been a culturally diverse, shithole! [He laughs, referring to Donald Trump.] A very rich culturally diverse shithole.”

The project never materialized past the screenwriting process. “We never got to the costume part,” Snipes said. “We figured it was going to be leotard tights. We never even got to a budget.”

Snipes said the fact there was “no template” for the kind of movie his “Black Panther” wanted to be was one of the reasons it didn’t gain traction in Hollywood. Over two decades later, Ryan Coogler has created the template, and you can bet Snipes is excited about it.

“Oh, definitely. I’m going to see it in a regular theater,” he said about his plans to watch Coogler’s big screen treatment. “I’m going to sit with the folks and talk to the screen. It can be kind of funny to go see this one. ‘Why aren’t you up there?'”

Head over to Variety to read Snipes’ interview in its entirety.