The IMDb-owned platform continues to push for exclusive partnerships with festivals, as they also reveal a new submission management service they created in collaboration with Sundance. 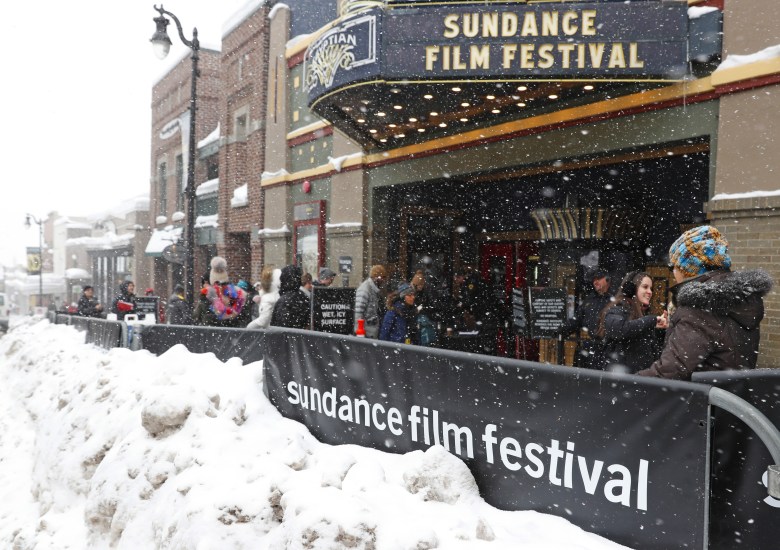 The Sundance Institute has renewed its exclusive agreement with IMDbPro’s Withoutabox to handle its festival submissions for an additional three years, the two companies announced today. For the last 10 years, the festival has relied on Withoutabox to process more than 100,000 submissions of features, shorts, episodic content, and virtual reality experiences.

“We have chosen to extend our exclusive relationship with IMDbPro’s Withoutabox through 2021 because they have proven to be a supportive and responsive collaborator,” said Keri Putnam, executive director of Sundance Institute. “Our submissions continue to increase in both number and quality year after year, helping us to discover and connect with a vibrant and diverse community of independent storytellers all over the world.”

In recent years, Withoutabox — a division of IMDb, which is owned by Amazon — has placed a premium on locking up festivals to long-term agreements that shut out competitors like FilmFreeway, which doesn’t push for festival exclusivity. According to Withoutabox, these long-term partnerships are essential to the platform’s ability to being responsive to festivals’ needs.

Along these lines, Withoutabox also launched today an enhanced film festival submission management service, which the company said was developed in close collaboration with Sundance and other leading festival partners like the Toronto International Film Festival. The new submission management service is specifically geared toward making it easier for festivals to use Withoutabox to organize, assign, and review submissions. The newest features include customizable tags to categorize and organize submissions; significantly faster search and improved filtering to refine results; the ability to take action on multiple submissions quickly and easily; advanced judging forms allowing users to choose from multiple templates and assign by role; option to export judging data; commonly used message templates; and enhanced navigation.

Adam Montgomery, senior manager of programming for the Sundance Film Festival, said the new features will “save critical time” for the festival’s programming team. “[The] enhanced submission management service provides many smart and easy-to-use solutions built specifically with film festivals in mind,” he said, “including assigning submissions to our programming team for review, ratings entry that is quick and simple, and a tagging system that gives us the flexibility to organize submissions in a variety of ways.”

The new management features — available to festivals that open for submissions after today — are the latest development for a platform that made significant improvements in recent years after customers complained its technology was out-of-date. Withoutbox has made it easier for filmmakers to submit high-quality video submissions that have a better chance of being properly seen by allowing up 10GB HD uploads for free. It also offered support for Vimeo links, and created a Fire TV Festival Judging App that makes it easier for programmers to watch submissions on televisions and in screening rooms. Additionally, thanks to its parent company, Withoutabox made it easy for filmmakers to create an IMDb title page and publish trailers as part of the festival submission process. While the competition has pushed Withoutbox to drastically improve its product, the push toward exclusivity can limit a festival’s submissions by cutting out FilmFreeway, which has a sizable and loyal customer base. Filmmaker Stephen Follows, a data researcher and consultant for the film industry, reported last May that to entice exclusivity, Withoutabox has offered festivals sponsorships, free advertising on IMDb, IMDbPro coverage of the festival, and free marketing to filmmakers.

According to an IMDbPro spokesperson, this latest deal with Sundance Institute was based on the success of its 10-year exclusive relationship and continued enhancements to Withoutabox. No additional terms were disclosed.

This Article is related to: Toolkit and tagged IMDB, Sundance Film Festival, Withoutabox