Movie-goers should be allowed to express their opinions on movies, but what happens when fake reviews flood the web's biggest sites? 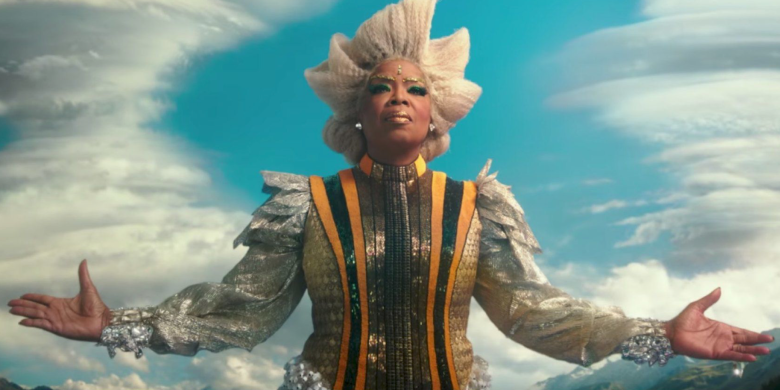 More than a month before Ava DuVernay’s “A Wrinkle in Time” arrived in theaters, an “audience review” appeared on Rotten Tomatoes that offered an isolated comment from user “Jonathan G”: “Piece of shit remake of a wonderful book.” The “review” posted on February 5, weeks before DuVernay’s big-scale Disney adaptation of the beloved Madeleine D’Engle book was set to hit theaters.

It wasn’t even the earliest “review” to appear on the aggregation site. That one hit the web January 7, when user “CGF M” wrote in a half-star review: “This film is going to fumble and should not deserve any recognition. The original novel is better than what is already being presented. It’s one big cliche, the acting seems dry, the only performance I can possibly say that will be GOOD is Chris Pine’s, that’s it. Casting just for the sake of diversity or being politically correct does not make a film, Disney. The effects also, they do not look good.”

With audience ratings and reviews, there’s no guarantee a writer has seen the film. People to band together to sink a film’s rating — and it always seems designed to sink a film, never bolstering it. A film like “A Wrinkle in Time,” a major blockbuster directed by a woman of color and featuring a diverse cast, is a prime target. The system that encourages users to share their thoughts is broken, and even Rotten Tomatoes can’t find a way to fix it.

Before “Black Panther” hit theaters last month, alt-right Facebook group “Down With Disney’s Treatment of Franchises and its Fanboys” announced plans to sabotage the “Black Panther” audience score (the same group previously took responsibility for targeting “Star Wars: The Last Jedi” with negative scores). The group reportedly created a Facebook event called “Give Black Panther a Rotten Audience Score on Rotten Tomatoes” set to launch February 16, the day “Black Panther” opened in theaters nationwide (and the day audiences would be able to offer reviews on RT).

The reasoning for such attacks: Don’t like a film — or its message, or its makers, or its lessons, or its stars, or its whatever? Sink audience scores on purpose, and then use it as proof that your opinion is the “right” one: The thing you hate (whether or not you’ve seen it) is bad, and you have an army to prove it. Rotten Tomatoes moved preemptively, announcing that its “team of security, network and social experts continue to closely monitor our platforms and any users who engage in such activities will be blocked from our site and their comments removed as quickly as possible.” Part of the problem is how the site displays audience feedback. On a film’s RT audience “reviews” page, there’s a mishmash of commentary: users noting if they want to see or skip a film; star ratings from users who claim to have seen the film; and, occasionally, moviegoers’ well-reasoned reviews. All audience feedback, good and bad, uninformed and astute, lives on one page. It can give a sense of audience response, but that response also includes fake reviews and early comments from people driven to post an opinion on something they’ve yet to see (and, usually, already don’t like).

Rotten Tomatoes does try to curtail early voting. Visit a film’s RT page before its release date, and there’s no box for “Audience Score;” there’s a “Want to See” widget that represents audience interest with a simple percentage. Once a film opens in theaters, that same space turns into the audience review section, leading directly to that mishmash section.

“A Wrinkle in Time” currently holds a 36 percent rating from RT’s audience reviews alone (critical consensus holds it at a “rotten” 42%), but many reviews make it clear — whether by posting date, or stated outright — their authors haven’t seen the film, and are voting based on perceptions. These blurbs favor words like “looks like” or “seems like,” or even a reflexive comment like the film had “horrible screening reviews.” A “Wrinkle” criticism that regularly surfaces on the RT audience reviews is it’s “PC” or too beholden to “diversity.” One user even asked why the film “murdered” its white leads (it didn’t, it just cast them differently).

IMDb has a similar problem with its own “User Score,” which allows registered users to rate a film on its scale of 1 to 10 stars only after the film has been released or screened at least once. (“A Wrinkle in Time” currently holds a 4.1 rating on the site.) However, most users don’t write a review; they tick off a star rating and move on.

On its own FAQ page, IMDb acknowledges that it’s an imperfect system — and, there is no way to really fix it. As the FAQ notes:

Q: I know people who negatively rated a film couldn’t have seen it. Will you delete their ratings?

A: There is no foolproof way to verify that users have actually seen the film that they are voting for, or that the vote that they are casting is what they really think about it, we depend on and expect our users to be truthful and only vote on those films that they have personally seen. We are aware that there are people who vote for the sole purpose of trying to lower the rating for a film (this happens both ways — there are just as many people who try to inflate a vote). We have several safeguards in place to automatically detect and defeat this type of ballot stuffing: even though we count and display all unaltered votes in the rating breakdown, we apply several countermeasures against all attempts to skew the rating and the weighted rating you see displayed on the site already takes all of the above into consideration.

So, there’s no foolproof way to verify that anyone offering up an audience review or rating have actually seen it, and everyone knows it. Gaming the system is so easy that it can be weaponized against films and creators by something as lo-fi as a Facebook group, and that problem will likely only become a more sophisticated one as other groups dedicated to bringing down scores attempt to maneuver around roadblocks.

But is it really so impossible? Over at Amazon, the online selling giant has instituted its own way to curb fake reviews. If a review on a product is marked “Amazon Verified Purchase,” it means that the reviewing customer purchased that product on Amazon. They can verify that the reviewer at least bought the product. It’s not a perfect system; WikiHow offers up a charmingly detailed how-to guide of how to game the system, often by the people selling the product.

Rotten Tomatoes is owned by the ticket-selling site Fandango, positioning it perfectly to try something similar: Buy a ticket on Fandango, you’re verified to write a review. How many scammers would pay for the privilege of sinking a film they’ve never seen? (Answer: probably some, but a lot less than can get by with the click of a button.)

And look no further than the other major audience-centric voting system that requires participants to see the film first: CinemaScore. That system, too, is far from perfect; it provides only a letter grade at the end of a major release’s opening weekend, with no measure of quality. However, it does have one thing locked down: Voters need to see the film first, then they can vote. At the end of this weekend, “A Wrinkle in Time” walked away with a solid B.

“A Wrinkle in Time” is now playing in theaters nationwide.

This Article is related to: Film and tagged A Wrinkle In Time, CinemaScore, Rotten Tomatoes