Amy Schumer has echoed her sentiments. 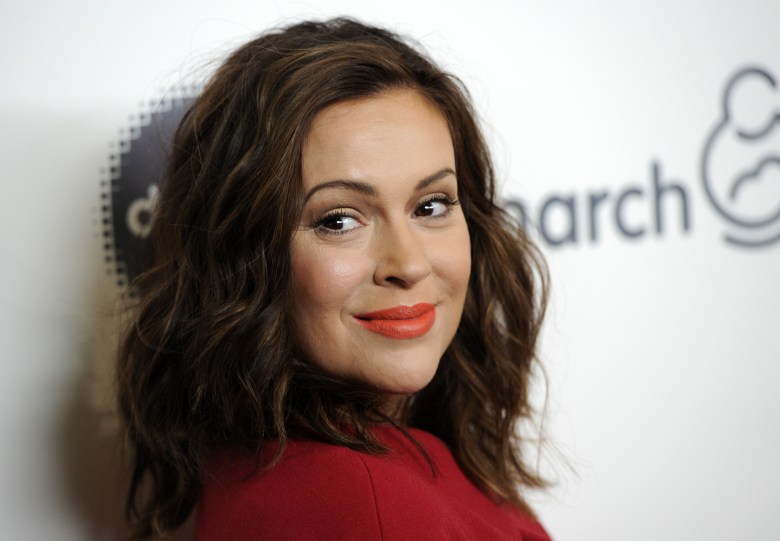 Alyssa Milano has called out Wendy’s for its response to protestors fasting outside the office of board chairman Nelson Peltz for five days. They were there demanding that the fast-food chain join the Coalition of Immokalee Workers‘ Fair Food Program and provide better working conditions for female farmworkers.

Wendy’s has balked at this, accusing the CIW of “trying to exploit the positive momentum that has been generated by and for women in the #MeToo and Time’s Up movement to advance their interests.” Milano hasn’t taken kindly to that response.

“These incredible women, who come from one of the harshest working environments in the U.S. and who put food on our tables, are a shining example in the fight to protect the dignity and safety of all women,” she writes in a Facebook post. “They have not only shone a light on the routine abuse that farmworker women face, but they have built a proven solution to bring that abuse to an end, and have become an example to millions of women across industry lines.”

She also took to Twitter: “Hey, @Wendys! If you really want to get on the wrong side of the #TimesUp movement, keep using our name to attack and belittle farmworker women who are fighting to keep themselves and their sisters safe from rape in the fields.” Amy Schumer shared the message on her own Instagram in support.

“This has been an ongoing campaign against Wendy’s and this group is spreading false and misleading information about the brand and our business practices in their continuing effort to extract a financial commitment from us,” Wendy’s writes in a statement provided to People. “At Wendy’s, we have long upheld high standards of quality, and a strong commitment to human dignity throughout our business and our supply chain; we have no tolerance for anything less. All of our suppliers are bound to a strict Code of Conduct that requires ethical practices, and certain fresh produce suppliers, including all tomato suppliers, undergo third-party certified human rights assessments.”

Hey, @Wendys! If you really want to get on the wrong side of the #TimesUp  movement, keep using our name to attack and belittle farmworker women who are fighting to keep themselves and their sisters safe from rape in the fields. My complete statement: https://t.co/T29yzYGh70… pic.twitter.com/txo06Z2FwH

This Article is related to: Film and tagged Alyssa Milano, Amy Schumer, MeToo