It took Anders Walter four years to make "I Kill Giants," four seconds for our critic to pan it on Twitter, and one meal to hash things out. 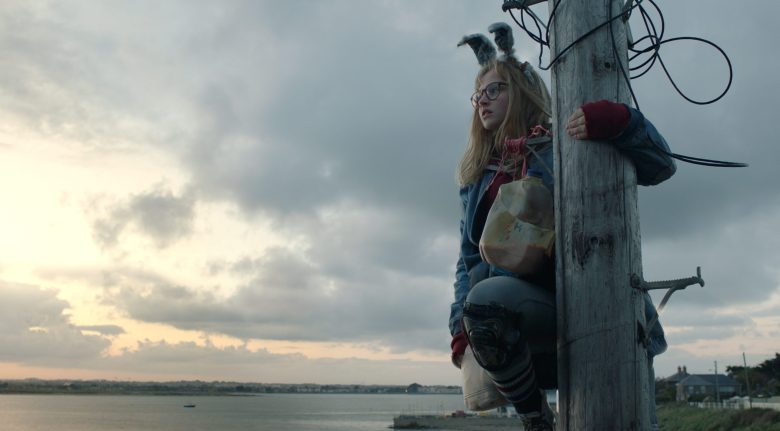 Oscar-winning Danish filmmaker Anders Walter was vibrating with excitement when he boarded his flight to Canada, his debut feature was about to have its first press screening at the Toronto International Film Festival. It had been almost four years since he’d won the Academy Award for Best Live-Action Short, and the 39-year-old director had dedicated every one of them to the challenge of financing and filming “I Kill Giants.”

For all of Walter’s pedigree and potential, the project had been an uphill battle from the very beginning. It didn’t seem to matter that it was based on a popular graphic novel with a built-in fanbase, or that it would star Brie Larson and Zoe Saldana. Twice the movie was ready to roll; twice it had collapsed. But this was all behind him as he sat on the tarmac at Copenhagen Airport. When he left Denmark, his career as a professional filmmaker was still an abstraction — when he landed in Toronto, it would be a reality.

Walter flicked on his phone as soon as the wheels touched down at YYZ, eager to see the critical response he knew was waiting for him. Four decades of aspiration distilled into four years of struggle. Four years of struggle distilled into 106 minutes of drama. 106 minutes of drama distilled to 140 characters of opinion. And the very first one he saw was a tweet that read: “I HATED this.”

sorry to be this guy but I HATED a monster calls and I HATED this. We have to find better ways to tell stories about kids confronting death

I made it just as I left the theater, replying rather dramatically to a colleague who thought the movie “spectacular.” Sometimes, reaction to a film is so primal that you can’t stop yourself from sputtering at people who feel otherwise (and by “you,” I obviously mean “me”). These are never proud moments, but I was pretty fired up about “I Kill Giants;” I felt like it sucker-punched me on a personal level.

I was still struggling to collect my thoughts a few hours after the screening when I got an email from Walter. It’s republished here with his permission:

I just landed in Toronto and the first email I open talks about how much you HATE the film! What a way to start the journey, I thought. It only took four years to get to the finish line and I haven’t even attended the premiere yet and people are already hating it. I never imagined that everybody would get a kick out of Giants, but on the other hand I didn’t imagine people hating it either.

Enjoy the festival. I need to re-boot!

Adapted from Joe Kelly and J.M. Ken Niimura’s graphic novel series, “I Kill Giants” tells the story of a girl named Barbara (Madison Wolfe) who — in an effort to avoid confronting a mysterious domestic tragedy — retreats into a vividly imagined war against an army of colossuses stomping toward her town. It’s a smaller, more tactile, less forthcoming version of “A Monster Calls” (although, given the order in which the source material for those two films was published, it might be more accurate to say that “A Monster Calls” is a larger, more plastic, less subtle version of “I Kill Giants”).

Spoiler alert: The rest of this article discusses the ending of “I Kill Giants.” Each of these movies profoundly affected a number of critics, and each of these movies infuriated me in the same way. Both tell stories about emotionally traumatized young adults who create elaborate fantasy worlds in order to avoid confronting their mother’s imminent death. “A Monster Calls” introduces terminal cancer as the villain right from the start, while “I Kill Giants” withholds that information like a plot twist. However, each movie explores the multi-dimensional role of denial in the grieving process, ultimately suggesting a little imagination is all that’s required to make peace with the most profound of losses.

As someone who recently lost his father to cancer and has publicly struggled to process his absence, I’ve been a little frustrated by this trope. Maybe I’m like a bitter divorcee rolling their eyes at the end of a romantic comedy. Maybe I have a reflexive resentment of stories where someone needs less than two hours to achieve a catharsis that’s eluded me for more than two years. Or maybe I think it’s kinda dangerous to tell kids that grief is something they have the power to conquer overnight, and not a monster they could fight for the rest of their lives.

It could be all of those things, or it could be none of them; even critics respond to things before they know why, although the more responsible ones tend keep their mouths shut until they figure it out. I didn’t want to write a proper review of “I Kill Giants” until I had been able to do that, and I hadn’t been able to do that by the time Walter’s email arrived.

My heart sank as soon as I read it. I felt like an infinite asshole. A well-argued pan is one thing, but a hit-and-run comment on social media is another. At a time when franchises have become more important than filmmakers, and most cinema feels made by committee, those of us predisposed to running our mouths are increasingly liable to forget (if momentarily) that real people are behind the cameras.

The situation grows even more dangerous at a festival like TIFF. For me, “I Kill Giants” was just one of 50 movies I’d see of the nearly 300 in the program; for Walter, it was the only reason he’d flown halfway across the world. It was a huge part of his recent past and a cornerstone of his imminent future. It was everything. It never occurred to me not to reply. A certain separation between church and state is necessary for critics to do their jobs with integrity, especially in that brief window between forming opinions and filing copy. But art is nothing if not a conversation between artists and their audience, and it’s more of a privilege than a liability to be able to continue that conversation outside of a movie theater. Besides, it’s not like Steven Spielberg was trying to twist my arm; I had to Google “Anders Walter” to know what he even looked like (even when jet-lagged he’s scruffy and handsome in a way that made me think he could always star in a Joachim Trier film if making his own didn’t work out).

However, the biggest reason I wanted to meet him was my desperation to better understand my reaction to his film, and to other films like it. As a viewer, it’s frustrating to be unable to tell if you have a problem, or if you are the problem; as a critic, it’s potentially irresponsible. So I asked Walter if he would sit with me to talk through my issues with the film. He said yes. We agreed to meet for breakfast in his hotel at 7:30 the next morning. In the spirit of full transparency, you should know that the “I Kill Giants” team paid for the meal. I ordered the Eggs Benedict. It was delicious.

Page 1 of 2
Continue Reading: Our Film Critic and the Director of a Movie He Hated Sat Down and Tried to Work Out Their Differences

This Article is related to: Film and tagged Anders Walter, i kill giants, Interviews