The Obamas might create programming to explore subjects near to their heart, including the environment, health care, voting rights and nutrition. 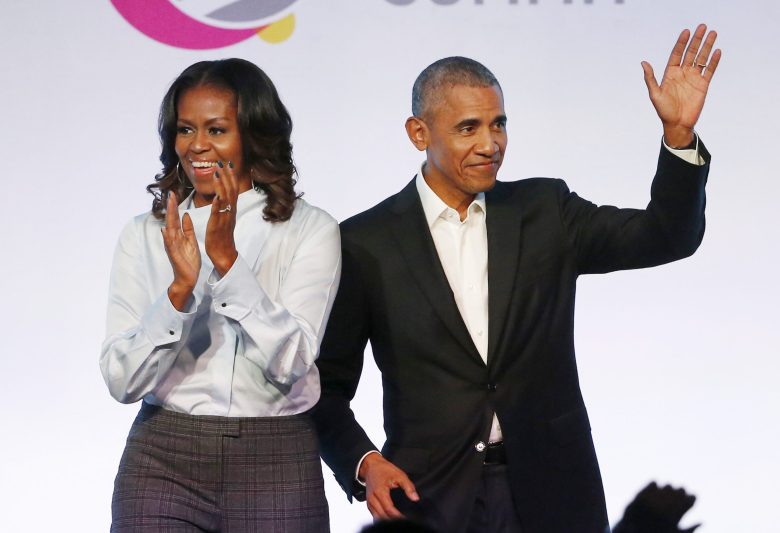 ObamaFlix? According to a New York Times report, former President Barack Obama and his wife, Michelle, are in talks with Netflix to produce programming for the streaming service.

Nothing is official, and Netflix couldn’t be reached for comment on the news. But the New York Times pointed out that the Obamas don’t plan to use the shows to comment on the Trump Administration or politics, but rather, to explore important subjects near to their heart.

“In one possible show idea, Mr. Obama could moderate conversations on topics that dominated his presidency — health care, voting rights, immigration, foreign policy, climate change — and that have continued to divide a polarized American electorate during President Trump’s time in office,” the newspaper wrote. “Another program could feature Mrs. Obama on topics, like nutrition, that she championed in the White House. The former president and first lady could also lend their brand — and their endorsement — to documentaries or fictional programming on Netflix that align with their beliefs and values.”

The Obamas would be the latest in a recent string of coups for Netflix, which recently lured megaproducers Shonda Rhimes and Ryan Murphy with new megabucks deals, and even convinced David Letterman to cut his retirement short and host a series of interviews.

The Times didn’t have word on how much the Obamas would be paid for the deal. But the couple is close to Netflix chief content officer Ted Sarandos and his wife Nicole Avant, who was President Obama’s ambassador to the Bahamas. Netflix CEO Reed Hastings is also tight with Obama.

Of course, this isn’t the first time a former president has flirted with making a move to TV after leaving the White House. In 2002, former president Bill Clinton flirted with fronting a talk show, produced by his longtime Arkansas pals Harry Thomason and Linda Bloodworth-Thomason. Talks were held with NBC, but a deal wasn’t made, and later King World — the syndication outfit behind “Oprah Winfrey Show,” also considered such a show. Ultimately, a deal wasn’t made, and no Clinton vehicle was ever produced.

This Article is related to: Television and tagged Barack Obama, Michelle Obama, Netflix