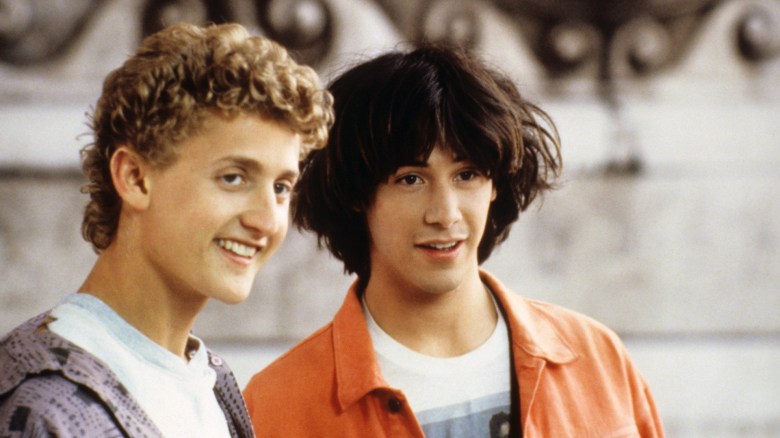 Having gone on both an “Excellent Adventure” and “Bogus Journey,” Bill and Ted might appear to be done traveling together. Not so, according to Keanu Reeves and Alex Winter, who spoke to Entertainment Weekly about the long-rumored “Bill and Ted 3,” also known as “Bill and Ted Face the Music,” which co-writer Ed Solomon likened to “A Christmas Carol.”

“There’s certain comparisons,” Winter said. “A rock band that never goes to the place it thought it was going to get to. Having that moment in their life of going: ‘Do we try to get there, or give up the dream?’”

“I love the characters so much — who they are, the spirit of their voice that Chris and Ed have given [them],” Reeves said. “You can’t go wrong with: ‘Be excellent to each other.’ And: ‘Party on!’ I mean, it might actually be the beginning, one of the first examples of contemporary modern apocalyptic art.”