Thanks to a new press screening schedule, media will no longer be able to rain on a new movie ahead of its Cannes gala world premiere. 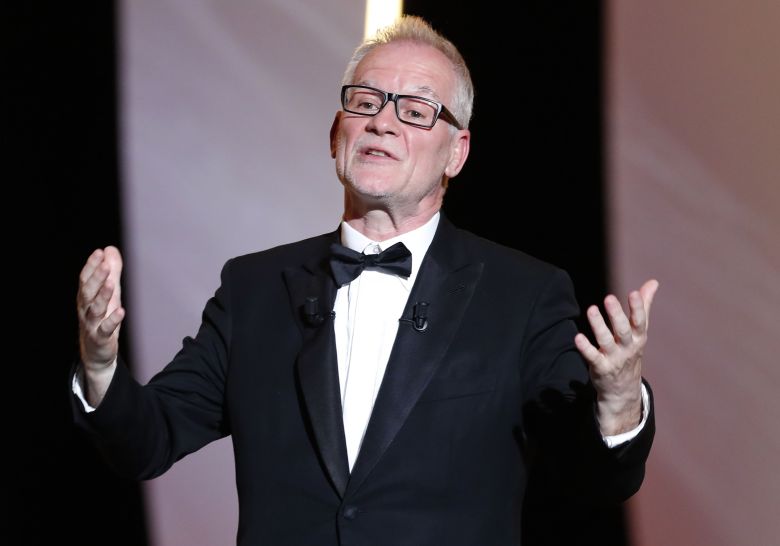 Cannes Film Festival director Thierry Frémaux announced two changes to the 2018 edition, but the big news is not that selfies are banned on the red carpet. Ahead of unveiling the final Cannes lineup on April 12, Frémaux confirmed a shift that has been rumored for months — an overhaul of the Cannes press screening schedule, in place for decades, to protect filmmakers and talent from early bad reaction ahead of evening world premieres.

Instead, the press will now see the same movie at the same time next door at the smaller Debussy. Press screenings for the 10 p.m. galas will take place the following morning, while afternoon screenings of the Competition or Un Certain Regard selections will remain a mix of press and ticketed attendees.

The press screening overhaul explains why the festival will launch a day ahead of schedule, on Tuesday May 8, so that the May 19 cérémonie de clôture still goes forward on Saturday.

The update could have a dramatic change on the flow of information coming out of the world’s highest profile festival. Typically, first word out of Cannes about major competition movies has come straight out of those early press screenings, a decision that has elevated the stature of critics and journalists at the festival. As a result, the rest of the world has heard about boos for “The Tree of Life” and “Brown Bunny” before the filmmakers hit the carpet; conversely, it has also helped heighten expectations for big crowdpleasers.

But those reactions have accelerated in ways that have spiraled beyond the festival’s control. Blame it on the internet, as tweets break instantly after the daily morning press screenings, and online reviews follow moments later. Now, the responses will be staggered, and either tied up with the crowd responses from the premieres or arriving in their aftermath.

This marks a radical departure for the Cannes press corps, who have gotten used to their daily routine. Each morning — no matter how late they got in the night before — the media made a dash up the red-carpet stairs of the bunker-like Palais, to grab a plush red seat for the 8:30 a.m. press screening of that night’s competition film at the Grand Theatre Lumière. At screening’s end, what every filmmaker fears is the dreaded boos or, worse, the flapping of the seats in displeasure.

That’s what Fremaux has eliminated. He’s been under increasing pressure from sales agents, big talent agencies and distributors to postpone press reaction until after the evening gala. “It’s a way to think about the future of Cannes,” Fremaux told IndieWire last fall during his Lumiere Festival in Lyon, after publicly acknowledging that the festival had been discussing the change. “I hear and I read everything written about that and we think about it. It’s not about the press, it’s about the gala screenings.” The old norm: on the morning of the first press screening of the Cannes Official Selection world premiere, the director and their entourage usually ascend the Palais escalator to embark on the obligatory gauntlet of Cannes photo call, TV interview, and conference de presse following the screening. Then that night, there’s nothing like a rousing walk up the red carpet, flashbulbs exploding, plus lengthy standing ovations after the premiere, to feed a filmmaker or star’s hungry ego. (And building your foreign profile improves box office around the world.)

But there’s also nothing like a rash of bad tweets and reviews breaking hours beforehand, letting the world know — in the worst case scenario — that your movie got booed. Fremaux needs film suppliers and talent representatives to not be afraid to take their films to the grandaddy of all film festivals.

This Article is related to: Film and tagged Cannes, Thierry Fremaux