Nick Budabin's film follows a very talented kid for more than four years as he tries to survive gun violence and become a star in the NBA. 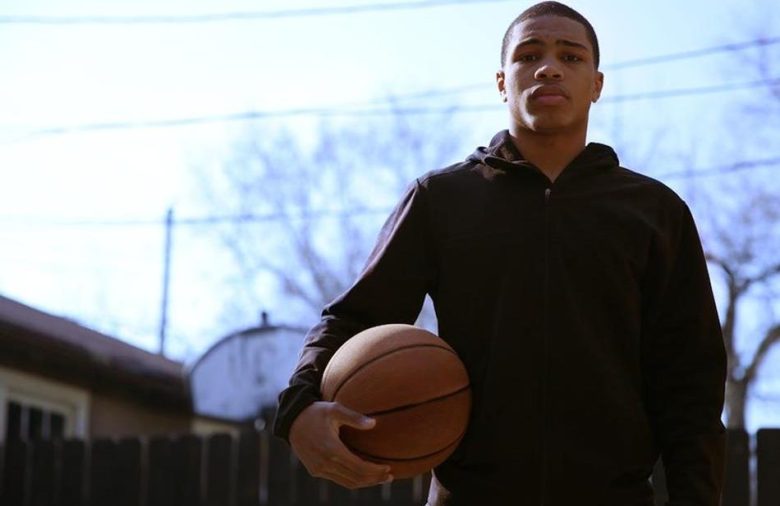 Growing up in the long shadow of “Hoop Dreams” on Chicago’s West Side, Keifer Sykes refuses to take his eye off the ball. Despite the fact that he’s less than six feet tall, the young phenom is probably more of a natural talent than either of the kids from Steve James’ landmark documentary, and he’s learned a lot from the people who came before him and fell short. Or got shot.

There are 625 different gangs in the city, and you don’t have to belong to any one of them to get caught in the crossfire. A basketball coach at Sykes’ high school made the mistake of driving a white rental car that made him look like somebody else, and he was just gunned down one morning while taking his daughter to school. That’s how it goes in a part of town where gun violence has claimed more American lives than the wars in Iraq and Afghanistan combined. “It’s serious living out here,” Sykes states with a hardy matter-of-factness, and he takes it very seriously.

An intimate and involving portrait of a good kid trying to make it out of a bad place, Nick Budabin’s “Chi-Town” follows Sykes from the winter of 2011 to the summer of 2015, chronicling his attempts to balance his hopes against his reality in a way that makes them both more possible. He’s only 17 years old when we first meet him, a fresh-faced young man with a good head on his shoulders, a place on his school team’s starting lineup, and a baby waiting for him at home. “I’ll just use basketball to get as far as I can,” he says with a degree of pragmatism that nobody could muster in a more privileged environment.

Sykes’ height is making it hard for colleges to see him, but he’s got an MJ-like vertical jump (it’s genuinely amazing to see him fly), and he’s tough as nails (Budabin includes local TV coverage of a game where a rival player’s teeth got stuck in Sykes’ head, only for him to rain jump shots all night with blood gushing from his skull). He goes to school, he goes to practice, and he goes home — driving home, he looks out the window like the glass is all that’s keeping him alive. One of his teammates is in jail, another is in a wheelchair. If he didn’t already feel the pressure to make it to the pros, he certainly does after his dad suffers a fatal heart attack. “I don’t think I’m ready to be an adult yet,” Sykes says to the camera, but he hasn’t been a child for a long time.

It’s almost impossible not to be engaged by Sykes’ journey; if it’s true that Budabin chose him more for his personality than his athletic potential (a claim the film’s deeply empathetic protagonist backs up every step of the way), then the filmmaker got very lucky. As we see early on, Sykes eventually lands a spot at the University of Wisconsin—Green Bay, where he emerges as a record-breaking point guard. It’s such a thrill to watch him succeed, in part because you know what’s at stake, and in part because the kid is a human highlight reel.

In fact, it’s so much fun to watch him run around the court (even if you’re more of a hockey guy) that it’s tempting to forgive Budabin for devoting so much of his documentary to basketball footage. By the end of the movie, you have a much better sense of Sykes’ evolution as a player than you do his evolution as a person. Maybe that’s just because he’s already so mature by the time he goes off to college, but his trips back to Chicago feel incongruously surface-level for someone with such a deep, fraught connection to his hometown.

There are a small handful of profoundly affecting scenes in which Sykes visits with some of the people he left behind — you can feel the full weight of his burden as he carries a paraplegic friend around a house, just as you can appreciate the fate he avoided he avoided when two former stars watch a game from their wheelchairs at the top of an arena — but the gun violence sinks further into the background of the movie than it does into the background of Sykes’ mind. Considering that Budabin shot off-and-on for almost five years, it’s hard to imagine that he didn’t have the material required to create a more nuanced and probing depiction of his subject’s relationship to the past.

Fortunately (and appropriately) the 82-minute “Chi-Town” compensates for its size by making every shot count. Budabin’s fly-on-the-wall camera is especially well-attuned to Sykes’ eyes, which always seem to be searching for a way to make sense of his relative success. His face fills with love every time he’s reunited with his teammates, but he’s constantly trying to reassess the distance between their lives — what did he do right? What might still go wrong? Sykes’ vulnerability doesn’t make him weak, it makes him heroic. Even if Budabin’s movie shares his subject’s struggle to fully transcend limitations and become something bigger than a beautiful, no-bullshit portrait of tenacity, it’s remarkable to a someone who can fly so high with his feet on the ground.

“Chi-Town” premiered at SXSW 2018. It is currently seeking U.S. distribution.

This Article is related to: Film and tagged chi-town, nick budabin, Reviews, SXSW