The biggest problem with Eli Roth's morally repugnant, pro-gun remake is that it's too much fun to ignore completely. 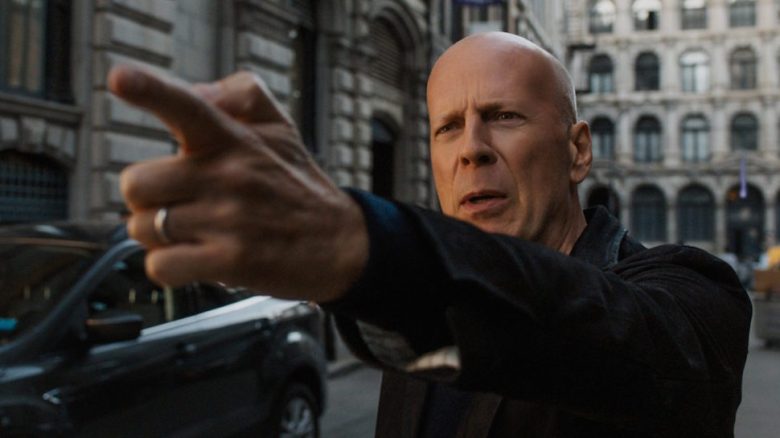 Set in an alternate-reality Chicago where the police are so overwhelmed by inner-city crime that they can’t spare the resources required to solve the murder of an affluent white woman, this contemporary riff on Charles Bronson’s vigilante classic is a pulpy reaffirmation of the idea that a good guy with a gun is the only thing capable of stopping a bad guy with a gun. And while the world has changed a lot since 1974, the movies are still the perfect vehicle to forward that flawed ethos, because the movies are still the only place where the good guys can be incorruptible.

The purity of the Paul Kersey character is that he’s always been a responsible avenger — he has reason to pick up a gun, he knows who to point it at, and he knows when to put it down. On the other hand, the irony of the Paul Kersey character is that leaving behind his weapon at the end of the movie didn’t stop him from starring in four “Death Wish” sequels. Once you start looking at people down the barrel of a gun, everyone becomes a target; once you take justice into your own hands, it probably needs to be pried away from them.

But this isn’t the story of a guy who’s fighting to find true north on his moral compass; it’s the story of a guy whose bleeding heart, “I would have voted for Obama a third time” liberalism goes up in smoke as soon as shit gets personal. More than just a feature-length commercial for the NRA, “Death Wish” is such a masturbatory fantasy for modern conservatives because it suggests that every do-gooder Democrat is really just a Republican waiting to happen.

That’s especially true in this iteration, as the hero — originally an architect — is now a surgeon. Played by Bruce Willis (whose catatonic performance suggests that he was only paid enough to afford two facial expressions), Paul Kersey M.D. literally devolves from saving lives to ending them. When the movie starts, he’s doing his best to resuscitate a cop-killer who’s been wheeled into the emergency room. By the middle of the second act, Paul is going out of his way to gun down strangers for grand theft auto. Hippocrates wept.

It’s a hell of a transition, and it hilariously begins — to use proper 2018 parlance — with Paul being cucked (that is, emasculated in situations where no real emasculation is happening) by every other man he encounters. A well-tailored beta male who lives in an immaculate Evanston house with his wife (Elisabeth Shue) and their beaming teenage daughter (future celebrity Camila Morrone), Paul is cucked by an aggro dad at a high school soccer game, he’s cucked by the homeless guy who tries to wash the windshield of his nice sedan, and he’s even cucked by his own brother (a sweet but shifty Vincent D’Onofrio), who leeches money off him at every opportunity. We’re talking about a guy who’s such a pansy-ass little snowflake that he’s too busy performing “emergency medical procedures” to protect his family from the trio of masked criminals that break into his house during an expertly tense (and strangely tasteful?) sequence that leaves Paul’s wife dead and his daughter in a coma. Serves him right — a real man would obviously have boobytrapped his suburban home with grenades before going out for the night.

Kidding aside, that might not be the worst idea in the film’s conception of Chicago. Exaggerating its gang-related gun violence until the Windy City starts to resemble the war zone that Donald Trump so desperately wants it to be, Roth uses real-life radio personalities Sway and Mancow to suggest a place on the brink of collapse (showing may be better than telling, but telling is so much cheaper). When Paul falls in love with a handgun and discovers the joys of vigilante justice, the Greek chorus of DJs begins to offer a running commentary on the mysterious hooded man who’s cleaning up the streets on his own terms (Sway, to his credit, is not on board with some random white dude shooting up the inner-city like he’s above the law). The closer that local detectives Dean Norris and Kimberly Elise get to identifying the people who killed Paul’s family, the closer they get to realizing the grieving doctor is also the crimefighter who’s making their lives a lot easier. As if to make sure you catch that this is basically just a morally incurious Batman riff on a shoe-string budget, Roth even reuses some of the same locations from “The Dark Knight.” Indeed, maybe the most impressive thing about “Death Wish” is how grateful it makes you for all the superhero movies that are usually clogging our screens — at least Bruce Wayne had Lucius Fox to be like “dude, you need to put down your big boy toys and chill for a sec.”

Ultimately, however, “Death Wish” doesn’t resemble any other movies so much as it does Roth’s own. As soon as Paul goes off the leash, his journey starts assumes the structure of a horror story, one gruesome setpiece bleeding into the next. Although he races through the occasional blasts of gritty action, Roth slows things down whenever Paul corners one of the people who killed his wife, the director sinking his teeth into long torture sequences or terse dialogue scenes that are punctuated with shocking flashes of gore.

That we’re given no reason to care about the movie’s super generic villains only makes “Death Wish” more queasily effective, as there’s nothing to stop us from getting off on their ghastly deaths. There’s some initial indication that Roth might be willing to confront the racial politics at work, but the villains only get whiter as the story rolls along, building to a pat finale that can’t even fathom how much shorter this movie might have been if Paul Kersey had been played by Denzel Washington.

By that point, it’s very obvious that Roth doesn’t really care about the film’s political baggage — he just wants an excuse to have Bruce Willis shoot battery acid into a guy’s sciatic nerve and watch the blood solder into the same orange fizz that bubbled out of Jennifer Lim’s eye socket in the original “Hostel.” It’s a testament to Roth’s twisted imagination that his film’s carnage is almost as sickening as its context.

Once again, “Death Wish” is all the more demented (and dangerous) because of how satisfying it can be on a lizard brain level; the climactic shootout ends things with a whimper, but the last act of violence is such a silly bit of cartoon violence that you want to look past its abhorrent messaging. The grossest part of the entire movie are the milliseconds between when you smile at what you’re seeing and when you recoil at what it means. Roth implicates us in the violence to an extent that the original never did, or never could. Paul Kersey used to be such a lone wolf, but these days the whole world seems to have a death wish. That doesn’t make the movie any better; it just makes everything else that much worse.