Filmmaker Travis Wilkerson rips out the roots from his family tree as he investigates a racist murder committed by his great-grandfather. 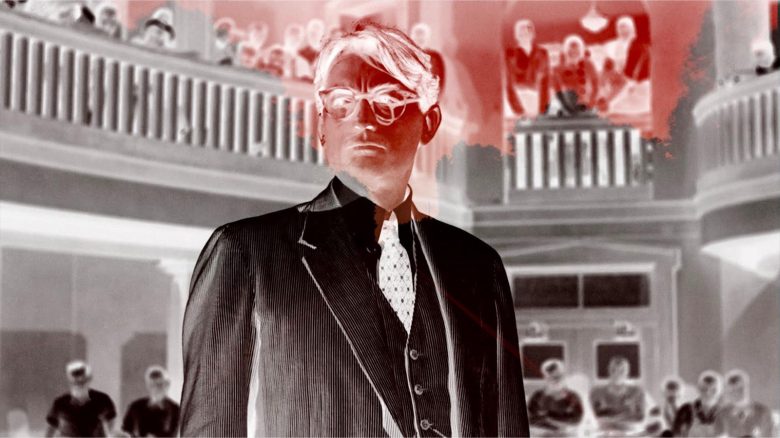 “Did You Wonder Who Fired the Gun?”

Upon first glance, the title of Travis Wilkerson’s “Did You Wonder Who Fired the Gun?” carries an air of mystery, as though the film will start with a body and then work its way through a vast conspiracy before identifying the killer. And — in a way — that’s exactly what it does. But not in that order. First we identify the killer: SE Branch, Wilkerson’s great-grandfather, a virulent racist who murdered a black man in 1946 and got away with it scot-free. Then we have the victim: Bill Spann, who had the misfortune of living in Alabama at a time when his life most certainly didn’t matter to the people in charge. Finally, we sift through the vast conspiracy that separated these two men, a vapid system of violence that left one of them alive with his family, and the other dead in an unmarked grave, as Bill Spann fertilizing the soil for the likes of Trayvon Martin, Eric Garner, and the other black Americans who would later be buried beside him.

There’s no mystery here. “Did You Wonder the Fire Gun?” isn’t a whodunnit — it’s a yes-or-no question. The ultimate emphasis of this soul-searching self-investigation isn’t on then, but on now; not on the evidence that remains, but on the erasure of that which does not. The most pernicious form of hatred is the kind that cleans up after itself. “Trust me,” Wilkerson says at the beginning of the film, “this isn’t another white savior story. This is a white nightmare story.”

The brave, guilt-ridden work of a man who’s confronting the fact that the skeletons in his family closet don’t belong to any of his relatives, “Did You Wonder Who Fired the Gun?” is ultimately a story that Wilkerson needed to tell. The problem is that Wilkerson is really just telling it to himself. While there’s no doubt that his self-flagellation also doubles as an urgent condemnation of white America, or that it’s all too easy to connect Bill Spann’s death to those of the black men and women whose names sporadically appear on the screen, the film creates an awkward (and somewhat insufferable) clash between the banality of the evil it confronts, and the drama that it tries to wring from it.

First performed as a “live documentary” at the Sundance Film Festival in 2017, “Do You Wonder Who Fired the Gun?” unfolds less like a traditional exposé and more like an illustrated podcast. The spine of the film is set along Wilkerson’s severe narration, which he delivers himself in a monotone growl that suggests an episode of “This American Life” as hosted by Vincent D’Onofrio’s character from “Full Metal Jacket.” In person, the triple-underlined gravitas of Wilkerson’s voice may have been needed to sell the performative element of this piece; on screen, it has the perversely comedic effect of self-parody.

“Whiteness can incinerate a family with a heat equal to a bomb,” he confesses at one point. “Give it enough time, and whiteness will incinerate the world.” He’s not wrong. In fact, he’s so obviously right that the weight of his words feels too heavy, as though he might displace the Spann family’s pain with his own. It’s like staring into the uncanny valley of white guilt, the emotion so real that you can’t help but sense that it’s forced. This issue could have been mitigated by a more plainspoken script, but the filmmaker understandably opts for another path, determined to reset the stakes of a sadism that’s always been minimized. “Did You Wonder Who Fired the Gun?”

On the other hand, Wilkerson’s tone has a way of recasting his family history as a horror story, and the film is most effective when it seizes itself on a stir of echoes. There’s something inherently haunted about home video footage, and Wilkerson — starting with some elusive 16mm snippets of his great-grandfather — manages to stretch that morbid feeling across the entire length of his movie. “Did You Wonder Who Fired the Gun?” is darkened by the sense that Wilkerson is discovering something that he wasn’t meant to see, and that palpable shiver is only strengthened by the movie’s spartan visuals.

Most of the action is related to us against a static backdrop of still photographs that Wilkerson took on his trips home to Alabama. Sometimes, the filmmaker cuts to a drawling, red-tinted shot of an empty highway, the image made all the more ominous by the dull sound of a record skipping beneath it (it’s a shame that Wilkerson breaks this bleak spell with a smattering of talking heads, all of whom distract from the film’s introspective drive). This simple effect is enough to transform the American South into a Lynchian dreamscape where all of the screaming has been paved over with silence. We hear about white men who used to dress up as surgeons so that they could torture the most desperate black people they could find. “Have you ever been in a place where it feels like something terrible just happened there?” Wilkerson asks. Of course you have.

“Did You Wonder Who Fired the Gun?” is at its sharpest and most necessary when Wilkerson interrogates his personal connection to the past, extrapolating his reticence to explore his own family’s violent history into a national epidemic of people who are similarly reluctant to do the same. It’s painful to hear Wilkerson marvel at how the same hands that held him as a baby could have been responsible for hate crimes. Likewise, it’s sobering to understand how difficult it must have been for him to ruffle up his relatives, especially those who are currently involved in White Nationalist organizations — even in passing, the film does a fine job of tracing how love and hate can co-exist within the same people.

And yet, seldom does Wilkerson’s stolid self-inventory justify how he presents his search. His film is stymied by the same erasure that it’s attempting to expose, Wilkerson left to fill in the blanks with self-impressed tangents about Rosa Parks’ early activism, and a hollow framing device that recasts Atticus Finch as the story that America wants to tell itself. The nobleness of his journey is beyond reproach, and there’s no doubt that this process allowed him to better understand a history of violence that is ultimately beyond all understanding. But “Did You Wonder Who Fired the Gun?” loses its momentum by trying to wring suspense out of what should have been a rhetorical question.

“Did You Wonder Who Fired the Gun?” is now playing at Film Forum.

This Article is related to: Film and tagged did you wonder who fired the gun?, Reviews, travis wilkerson