Both actors played the legendary physicist during their careers, with Redmayne winning an Oscar for his performance. 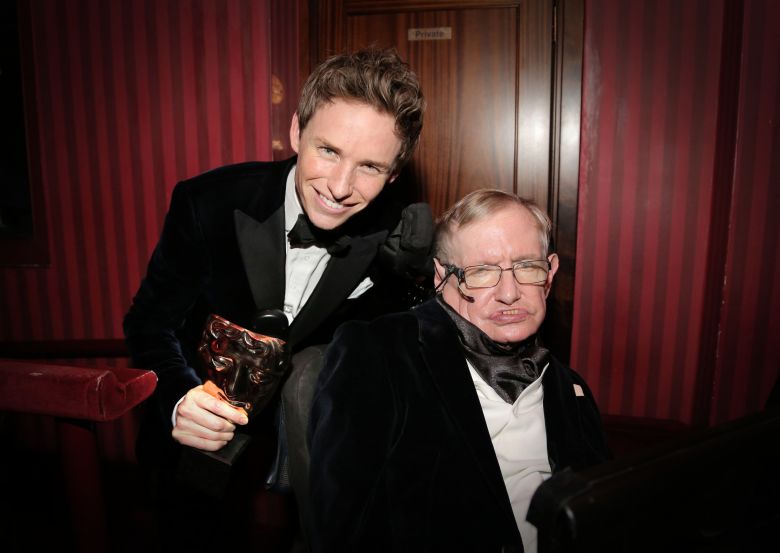 Eddie Redmayne and Benedict Cumberbatch have released statements honoring the late Stephen Hawking. The famed British theoretical physicist died on Wednesday, March 14 at the age of 76. Both Redmayne and Cumberbatch had the chance to meet Hawking during their preparations to play him in different film and television projects.

Cumberbatch starred as Hawking in the BBC television film “Hawking,” which followed the scientist during his early years as a PhD student and Cambridge University and the early onset of his motor neuron disease. “Hawking” was the first time the scientist was ever portrayed on screen and Cumberbatch earned a BAFTA TV Award nomination for Best Actor.

“I feel so lucky to have known such a truly great man who’s profundity was found both in his work and the communication of that work,” Cumberbatch said about Hawking’s passing. “Both in person and in books. My heartfelt love and condolences to all his family and colleagues.”

Redmayne is perhaps more famous for playing Hawking. The actor’s dramatic breakthrough came when he took on the role in James Marsh’s 2014 biographical drama “The Theory of Everything,” which follows Hawking’s professional rise and love story with Jane Beryl Wilde (Felicity Jones). Redmayne attended numerous events with Hawking by his side and won nearly every acting award on the circuit, including the Best Actor Oscar.

“We have lost a truly beautiful mind, an astonishing scientist and the funniest man I have ever had the pleasure to meet,” Redmayne said. “My love and thoughts are with his extraordinary family.”

Other celebrities celebrating Hawking’s life include the cast of “The Big Bang Theory,” which Hawking appeared on during its run.

This Article is related to: Film and tagged Benedict Cumberbatch, Eddie Redmayne, Stephen Hawking, The Theory of Everything