Falco is a friend of the comedian's and starred in his limited series "Horace and Pete" and his controversial film "I Love You, Daddy." 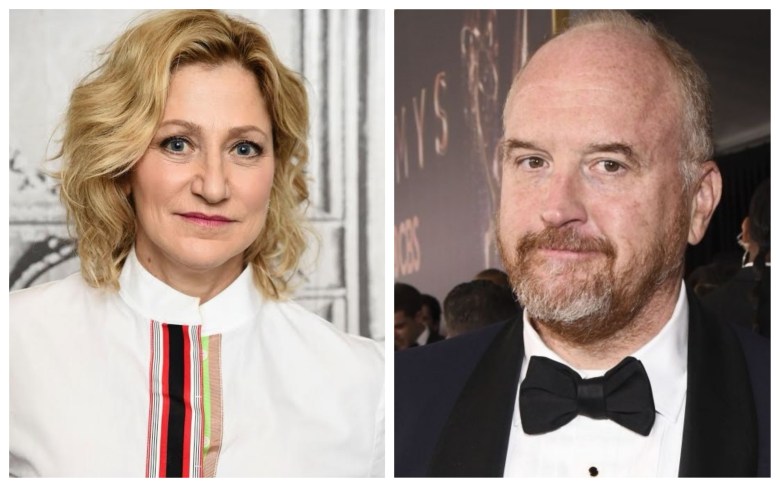 Edie Falco knows Louis C.K. very well after staring in “Horace and Pete” and “I Love You, Daddy,” and she tells Vulture in a new interview that she’s hoping the comedian gets a second chance after admitting to sexual harassment last fall. C.K. was accused of harassment by five women in a November report from The New York Times. Some of the allegations claimed C.K. masturbated in front of female comics, and he verified the “stories are true” in a personal statement.

“He’s someone who admitted that he did what he was accused of doing and admitted that it wasn’t right,” Falco told Vulture, noting that C.K. deserves a second chance after owning up to his inappropriate behavior.

“If I was not given another chance a couple of times, there is no way we’d be having this interview right now,” she continued. “People who are committed to becoming aware of what they’ve done and changing, they can be our strongest proponents in an issue like this.”

The allegations against C.K. derailed the November theatrical release of “I Love You, Daddy.” The movie premiered at the Toronto International Film Festival last September and divided critics overs its story, which features Chloë Grace Moretz as a 17-year-old girl who has a romance with a famous 68-year-old filmmaker (John Malkovich). Falco says she was sad to see the film dropped by distributor The Orchard.

“I was sad. I know that he worked very hard on it,” she explained. “He shoots that thing and two minutes later he’s ready to release it, which is incredible when you see all the bullshit that goes on between the end of a movie and when it’s released. Louis makes his own stuff and puts it out, and I love that chutzpah.”

Despite the controversial plot, Falco said she saw the film as “a movie about a father realizing that all kinds of shit goes on in your life, but ultimately, your kids are most important and you have no control over them.” “I Love You, Daddy” has still not been released. C.K. has remained out of the spotlight since releasing his statement admitting to sexual harassment.

Head over to Vulture to read Falco’s entire interview. The actress currently stars in Lynn Shelton’s “Outside In,” now playing in select theaters.