Stealing an Oscar is never a good idea, but that's especially true when the trophy belongs to Frances McDormand. 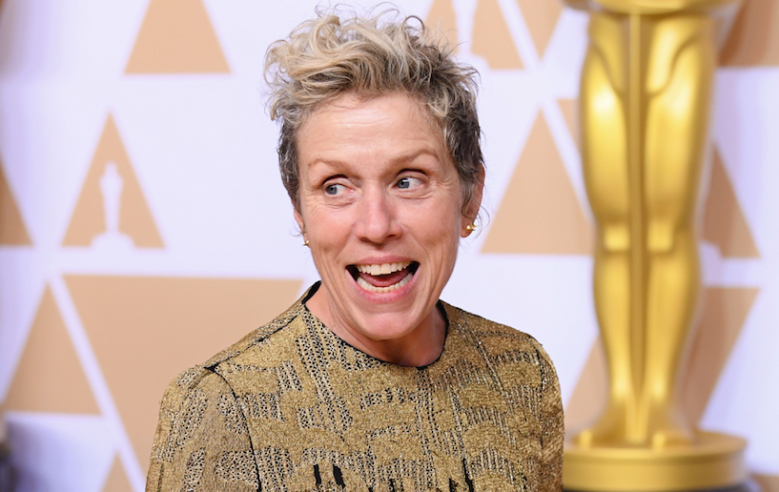 Frances McDormand became a rare two-time Oscar winner for Best Actress when she took home the honor for her role in “Three Billboards Outside Ebbing, Missouri” this year, but it turns out someone tried to take the actress’ second Oscar away from her. The Playlist’s Gregory Ellwood reports that McDormand’s Oscar was stolen from her during the Academy Awards’ Governors Ball, which is the first party that takes place following the ceremony.

Fortunately, the thief didn’t make it outside of the Governors Ball. McDormand reported the incident after noticing her trophy was missing and soon after a photographer and a security guard apprehended the person and safely returned the Oscar to her. The person has not been named yet, but TMZ reports that he was arrested for felony grand theft. A reporter form The New York Times tweeted the following photo of the person.

Security at the Governors Ball are looking for this guy, who grabbed Frances McDormand’s Oscar and ran out with it. Wolfgang Puck’s photographer stopped him, got the Oscar back, and the guy disappeared back into the ball. Apparently Frances has said to let him go. #Oscars #Drama pic.twitter.com/5tlsx4Ulwt

McDormand’s Oscar win was one of the defining moments of the 2018 Academy Awards. During her speech, she called on every female nominated for an Oscar to stand and be rewarded with an applause from the audience. McDormand concluded her speech by urging her fellow actors to demand an “inclusion rider” when signing on to projects.

An Academy spokesperson told IndieWire the following: “Best Actress winner Frances McDormand and her Oscar were happily reunited after a brief separation at last night’s Governors Ball. The alleged thief was quickly apprehended by a photographer and members of our fast-acting Academy and security teams. The ‘Three Billboards Outside Ebbing, Missouri’ star resumed her celebrations.”

This Article is related to: Awards and tagged Frances McDormand, Missouri, Oscars, Three Billboards Outside Ebbing