The force behind 'Frozen' and its upcoming Broadway launch said "A Wrinkle In Time" can be "evoked," but the book eludes direct translation. 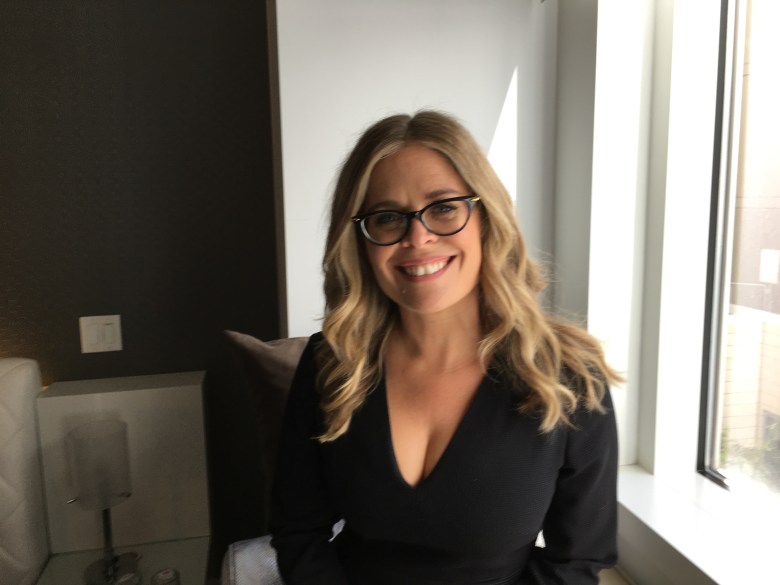 Jennifer Lee never expected to be this busy. She just flew in from previews on “Frozen: The Broadway Musical” (March 22) to promote “A Wrinkle in Time,” which she wrote after 2014 musical “Frozen” turned into the Oscar-winning, top-grossing worldwide animated blockbuster of all time.

She’s still writing the sequel to “Frozen,” too. “I was joking that if I have time, I have to write the climax for ‘Frozen 2’ for tomorrow morning,” said Lee. “It’s a Champagne problem, to have too much to do, when you love what you do.”

Lee wrote two animated features that grossed over $1 billion worldwide: She was on the Oscar-winning “Zootopia” writing team with college chum Phil Johnston, as she was on “Wreck-It-Ralph.” But after she and director Chris Buck wrote “Frozen,” Disney asked her to be co-director, having found out that she trained to be a director at Columbia film school.

With “Frozen,” Lee became a member of a small sorority that includes only nine women who have directed or co-directed a film with a budget over $100 million. The others are Ava DuVernay (“A Wrinkle in Time”), Kathryn Bigelow (“K-19: The Widowmaker”), Jennifer Yuh Nelson (“Kung Fu Panda 2″ and 3”), Brenda Chapman (“Brave”), Patty Jenkins (“Wonder Woman”), Lana and Lilly Wachowski (“Cloud Atlas” and “Jupiter Ascending”), Vicky Jenson (“Shark Tale”), and Anna Boden and Ryan Fleck (Disney’s upcoming “Captain Marvel”). And when “Frozen” grossed over $1 billion, Lee became the first woman director to cross that threshold.

Lee chased down the live-action assignment for science-fantasy “A Wrinkle in Time” in the spring of 2014 when she heard Disney was looking for a writer to adapt the Newbery Award-winning 1962 Madeleine L’Engle children’s classic, and passed through a gauntlet of meetings before landing the gig. What did she say to get it?

“You have to evoke what it feels like,” said Lee, who shares screenplay credit with Jeff Stockwell (“Bridge to Terabithia”). “You can’t translate it literally. It’s an evocative book that everyone has a unique relationship with. You can’t try to make it definitive. You have to be inspired by what is there, show them something unique. They have their own relationship with the book. The film has to support its themes with Meg as the main character really driving this story.”

This version of the book relies less on romantic interest Calvin, or L’Engle’s religious Christian struggle. “That was the comfort zone before,” said Lee. “We’re in a different place now, 50 years later. We can give it to Meg, who isn’t perfected by the end of the film, but embraced as exactly who she is. A lot of ideas are evoked, but not through one specific lens. Madeleine loves science. I love quantum physics and cosmology; that was my way in. Science has come so far since then. It’s about evoking that weird, wonderful universe, not trying to literally recreate the singularity that was L’Engle’s way in.” Lee made a point of not seeing the Weinsteins’ badly reviewed 2003 TV movie. Besides, she points out, L’Engle could jump from place to place in the book and play with space and time and points of view in ways that a movie simply can’t. She had to ground the relationship between Meg (Storm Reid), her father (Chris Pine), and mother (Gugu Mbatha-Raw), and let the teenage girl drive the story instead of the three Wizard-like Mrs. (Which, Who, and Whatsit). “The human being has to be solid,” she said, “and what it means to her vulnerability when her father’s disappeared. The mother has to rise up to be a true person. We had to update and ground it.”

Another challenge is that the source material had been mined by so many films over decades.  “I heard a movie mention a tesseract,” said Lee. “‘Excuse me? It’s not yours!’ It can get reductive. You have to shake it up. We tied one of the children to each of the Mrs. We shouldn’t try to be literal. We did not want to see a pulsing brain.”

Of course, when director Ava DuVernay took the helm, many things were changed. “Mrs. Whatsit looks nothing like the book,” said Lee. “Audiences will say, ‘that’s not what I saw, it’s what she interpreted.'” Which raises the question: should this movie, which stumbles on the design and execution of its wildly disparate fantasy environments, have been produced as an animated film? “If it had not come up through live action, I would have been very happy to do that,” Lee said. “With animation you can do whatever you want.”

However, Lee’s precious time is no longer focused solely on animation. In addition to writing “Frozen 2,” she’s less than two weeks from the Broadway opening of the two-hour “Frozen” musical, in which there’s now more songs than music (14 new songs; the original had 65 minutes of scenes and 25 minutes of songs).

As for “Frozen 2,” co-directors Buck and Lee weren’t planning to do a sequel, but one day stumbled over some uncharted areas of the sisters’ relationship that they could explore. “We realized a whole part of the conversation that hadn’t been told,” she said. “We started with them, who they are, and found a story that wholly comes with the two of them, which I am still writing.”

The beauty of writing an animated film is that you can keep tinkering with a scene until the animation is locked. Look for that process to be completed in about 14 months. When “Frozen 2” is done, Lee has insisted on four months off, to see her teenage daughter through high school, imperfections intact.

This Article is related to: Film and tagged A Wrinkle In Time, Frozen, Frozen 2, Jennifer Lee