Although recent television ads for this Dennis Quaid movie have left some film fans scratching their heads, this wide release could surprise thanks to a devoted fanbase. 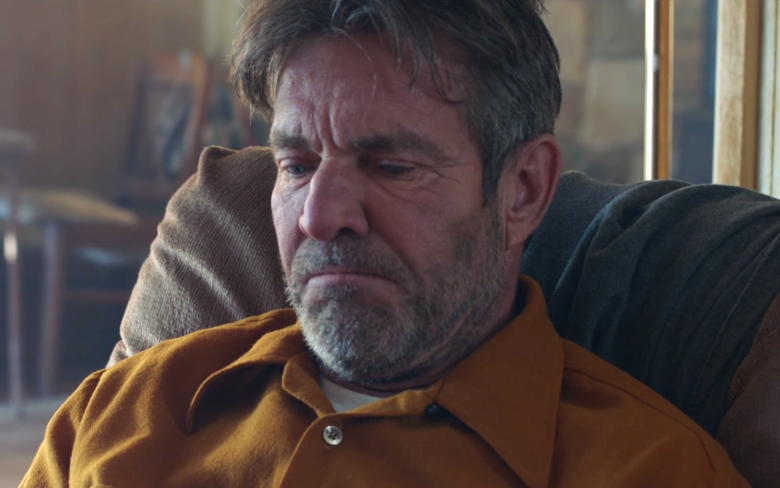 Faith-based films, while lacking the advertising budgets of bigger titles, often overperform at the box office. Last year, the religious sports drama “Slamma Jamma” grossed over $1 million from 502 theaters, and titles like “Fireproof,” “Courageous,” and “War Room” all grossed over $30 million in recent years, according to Box Office Mojo. “God’s Not Dead” even spawned a franchise after the first installment opened to $9 million from 780 theaters and finished its run with $60 million. This year, “I Can Only Imagine” seems poised to carry on the tradition, as a robust ad campaign on television and online is building buzz about the biopic.

“I Can Only Imagine” is based on the story behind the song of the same name by Christian rock band MercyMe. The Texas-based group released the song in 2001 and it became a rare crossover hit, selling 2.5 million copies to become the best-selling Christian single of all time. The film version follows MercyMe’s lead singer, Bart Millard (J. Michael Finley), and his relationship with his father (Dennis Quaid). Millard wrote the song about losing his father at age 18.

Millard told USA Today that part of the song’s appeal was that it was the opposite of Christian propaganda. Instead of “shoving the Bible down people’s throats,” the lyrics use God and religion to simply question the nature of death. The song and its message became incredibly popular following the September 11 terrorist attacks.

“We heard a lot of people talking about losing loved ones and how 9/11 impacted them,” Millard said. “I think the biggest thing is, there’s no agenda: We’re not trying to shove the Bible down anybody’s throats. I’m asking the same question many people have wondered, whether you go to church or not, like, ‘OK, God, if this turns out to be real, if we die and we get (to heaven), how am I going to respond?’ There’s no answers in that song, it’s all questions.”

Now the film, directed by Andrew Erwin and Jon Erwin, hopes to follow in the song’s footsteps and become a box office hit. Roadside Attractions and Lionsgate signed on to distribute the film last August and will release the film in 1,626 theaters this Friday, March 16. Early tracking suggests the movie is heading to a strong opening near the $1.5 million mark and could end its run with $3 million or more.

Roadside and Lionsgate have set “I Can Only Imagine” to open in mid-March, to take advantage of Christian audiences in the weeks leading up to Easter weekend. Lionsgate had success with this release strategy last year with the Christian-based drama “The Shack,” which made $57 million in the U.S and nearly $100 million worldwide.

Roadside Attractions co-founder Howard Cohen explained why the company decided to purchase the faith-based title. “We decided to move forward with this film based on the power, strength and potential of this market,” he said, “and the opportunity Roadside Attractions saw with this emotionally uplifting story in the hands of the Erwins, who had such success with films like ‘Mom’s Night Out’ and ‘Woodlawn.'”

Added Cohen, “The song ‘I Can Only Imagine’ was such a phenomenon within the faith-based community, and the story at the center of this movie driven by hope and forgiveness with amazing world-class talent like Dennis Quaid — who has actually gotten and done a significant amount of PR in relation to the opening — made it a very compelling package for us.”

“I Can Only Imagine” opens in theaters March 16. You can watch the trailer for the movie below.

This Article is related to: Film and tagged Dennis Quaid, I Can Only Imagine