Jon and Andy Erwin have their first bonafide hit, thanks to the indie distributor that saw the potential in a very different kind of niche market. 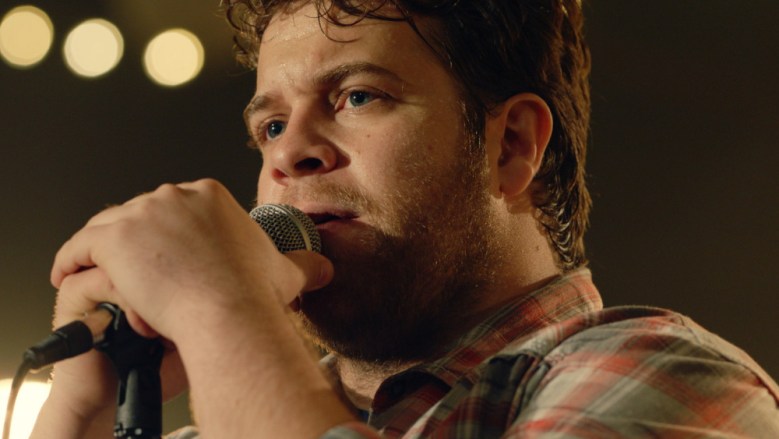 Even the creators of last weekend’s surprise box office hit can’t quite imagine what’s happened. The Erwin brothers’ faith-based feature “I Can Only Imagine” beat out “A Wrinkle in Time,” “Love, Simon,” and “Game Night” — movies from three major studios — to win the number-three spot last weekend.

“I never, ever, in my wildest dreams, expected to be competing — with a $7 million film, with a marginal P&A budget — with ‘Black Panther’ and ‘Tomb Raider,'” Jon Erwin said. “This is a Cinderella story of an independent film [made] completely outside the system. That, honestly, the system straight-up rejected.”

In recent years, the faith-based genre has struggled to turn out crossover hits. However, Jon and Andy Erwin’s latest film, a Christian-themed biopic about the creation of the eponymous song from the group MercyMe, surprised this weekend’s box office  when it opened to $17 million.

The Erwins work exclusively in films aimed at the faith-based audience. Two of the Erwins’ previous efforts, including the inspirational sports drama “Woodlawn” and the moms-gone-relatively-wild comedy “Moms’ Night Out,” were produced through Pure Flix, distributor of the faith-based “God’s Not Dead” franchise.

Despite their track record, they couldn’t find a producer interested in financing their newest film. Even those within the faith-based system, like Pure Flix, wouldn’t bite on the story of an alcoholic dad (Dennis Quaid) who comes to Jesus late in life, only to inspire his son (Broadway musical actor J. Michael Finley) to pen a bestselling song based loosely on their relationship.

“We pitched around and nobody would finance it, even [if] they financed faith-based films,” Jon Erwin said. “People said there wasn’t an audience. Some executives said that there was no audience for a Christian music movie. But everybody I knew — in the Christian world that we live in — knew and loved the song, so we just believed that there was an audience for this movie, and that they would show up.”

The Erwins remained adamant that the hook of the song — a certified double platinum Christian hit in the early aughts that eventually broke into the mainstream, topping the Billboard sales chart for weeks and becoming the bestselling Christian single of all time — was enough to build a movie around, even if producers didn’t get it.

They ended up raising the money themselves, alongside their “Moms’ Night Out” producer Kevin Downes and a cadre of other independent producers. Casting kicked off in early 2017. By summer, they still didn’t have a distributor.

Where other suitors might not have seen merit in the music element, Roadside Attractions and Lionsgate saw opportunity. Roadside co-founder and co-president Howard Cohen said that they were first struck by the emotion of the story twinned with the song’s background. They also knew that the faith-based space was open for a higher caliber of film.

“‘I Can Only Imagine’ felt like a glossier, bigger, more marketable film, and we think this audience wants more legitimate-feeling films versus perhaps some of the recent films,” Cohen said. “We felt, as they did, that there was an opportunity with the faith audience to give them a higher quality of film than most of the releases in this space.”

Many independent filmmakers never get the chance to move to a larger distributor, but the Erwins hesitated despite being cash strapped: How would a mainstream company treat their audience? Roadside and Lionsgate, though not widely known for faith-based films, intrigued the filmmakers with their pitch to treat it on par with their other releases. “They treated the audience with a lot of respect, and gave them the same respect as the bigger movies that they were releasing,” Andy said. “The audience can feel that respect. It’s important to them to feel treated as real moviegoers as well.”

“We have released a few other faith films, and when we saw this one we saw the opportunity to do something different,” Cohen said. “It was important to validate that premise by giving it a legitimate marketing campaign that could stand up to any non-faith film wide release. That thinking, we believe, shows respect to this audience.”

The Erwins were also eager for their own kind of respect. “Even though that we’re in the faith genre, and that’s our genre, we are independent filmmakers at heart,” Andy said.

Roadside’s background as an indie distributor hit that note, too. “The reason we wanted to partner with Roadside is there was this daring entrepreneur spirit, the sweat equity they were willing to put into it, that we had seen them do to their other indie titles like ‘Manchester by the Sea’ and other films like that,” Andy added. “They really thought that there was a similarity in the grassroots campaigns for faith films.”

They’re not kidding about the grassroots thing. The Erwins took the film around the country on a nine-month tour prior to release — Jon joked that he now has “800,000 frequent-flyer miles this year” — to spread word of mouth among the communities where they hoped to find their audiences.

“I think the box office and the Cinemascore are all a result of one word, and I think the one word that defines success or failure in this space, is ‘trust,'” Jon said. “You have to gain this audience’s trust. And that means, you have to go meet them. We just want to represent an underserved audience, exclusively. And that’s all we do, and our audience knows that’s all we do.”

Still, the filmmakers do admit to being shocked by the initial response to the film, including both the box-office take and its A+ Cinemascore.

“All our expectations to this point have been so shattered,” Jon said. “The box office that was achieved was done with a fraction, and I’m talking about a fraction, of the normal prints and advertising budget of a film like this. You can’t go spend $20 million on television when you have to raise the money.”

As the filmmakers noted, in just one weekend “I Can Only Imagine” has eclipsed the entire box office of their previous film, “Woodlawn.” Cohen said Roadside will “definitely” continue to release films for the faith-based audience, and that the success of “I Can Only Imagine” has made them take notice of the “continuing potential for this audience.” He noted that “at least two or three” producers from the faith-based space have already reached out about potentially working with Roadside.

One thing that really stood out to Cohen was the immediate audience loyalty: In opening-weekend exit polls in four markets, 79 percent said they planned to pay to see the movie in a theatre again. It was a stat that “floored” him, and it may be one that can help fuel yet another big weekend.

“We’re in a very unique circumstance here, and I don’t know what’s gonna happen,” Jon said. “But all I know is this film is profitable right now. This film is successful … We feel vindicated.”

“I Can Only Imagine” is currently in theaters.

This Article is related to: Film and tagged Faith-Based Film, I Can Only Imagine, Toolkit