At the annual awards event, winners and stars like Dee Rees and Chloe Zhao were focused on what comes next, not about what has already happened. 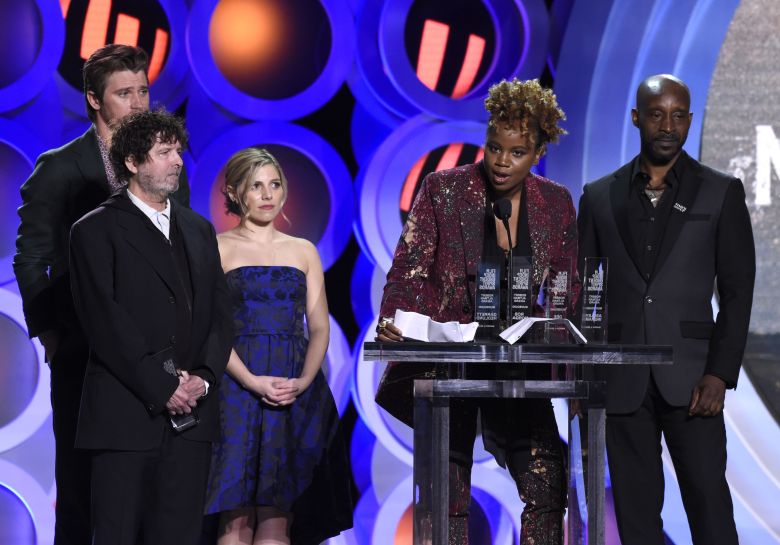 Surprising no one in attendance, Film Independent Spirit Awards hosts Nick Kroll and John Mulaney dug into the current #MeToo and Time’s Up climate during their whipsmart, whirlwind opening monologue. The duo named names of accused offenders – Harvey Weinstein to Kevin Spacey, Brett Ratner to Woody Allen – and turned some of the more painful elements of the biggest story of the season into a canny punchline. But most winners and stars seemed eager to move past chatter and onto the future at the annual event.

While the audience at the beachside ceremony was ready to laugh – a gag about literally burying Weinstein in an “XXL Unmarked Grave” was initially met with groans, then giggles – their approach was more measured and cautious during speeches and interviews.

In his opening remarks, Film Independent president Josh Welsh acknowledged that it had been “a rough year” for many, but he remained optimistic about the power of art: “At a time when cynicism might seem triumphant, your work – your movies – are so critically important,” he told the crowd, “and to me, and I think to everybody in this room, a beacon.”

It was that spirit that guided the rest of the show, that sense that art – and artists – could be a beacon during tough times and even tougher talks.

When Spirit Awards chair Ava DuVernay presented the inaugural Bonnie Award to fellow filmmaker Chloé Zhao for her film “The Rider,” the focus wasn’t on the bad stuff, it was on pushing forward and standing strong together. While accepting the honor, which recognizes a mid-career female director with a $50,000 unrestricted grant, Zhao thanked DuVernay and eventual Female Lead winner Frances McDormand for being role models. “All the strong women out there, thank you for being who you are and being such amazing role models for so many of us,” she said.

Zhao shared the same sentiment, that change comes when like-minded people bind together, earlier on the red carpet. “I’m really glad this is all happening, and I think the day when we are treated as equals as women — but also treated as individuals — is when we’ve really made it, when we’ve really arrived,” she told IndieWire.

Best Editing winner Tatiana S. Riegel had a similar outlook after she won for her work on “I, Tonya.” The only woman in the bunch, Riegel hit the backstage interview space with an eye towards the importance of the current conversation, and the hope that will change things…eventually.

“There is a disparity, there definitely is,” she said when asked about gender equality in the industry. “I think all of this conversation is extremely helpful and I think that it’s probably, sadly, going to take a bit more time to get parity and equality, but the conversation is good, everybody is aware of it. I think it’s making it a bit more difficult for people to intentionally pay less, because they’re gonna get caught.” When IndieWire asked “Get Out” star Betty Gabriel whether #MeToo and Time’s Up have impacted her experience on-set, she said, “I think it was so underneath the surface and it being brought to the surface, I just think it will find itself manifesting change in hopefully deeper, more profound ways, in huge ways.”

One way to push that sort of profound change? Backstage after accepting the Robert Altman Award for “Mudbound,” filmmaker Dee Rees had an idea, one she offered up after she was asked about her hopes for young women witnessing the current changing conversation.

“I hope that this conversation means something to young men,” Rees said. “Because as they see women who are running things and they see women that are intelligent, it will change their ideas of what women are capable of and how they should be treated. So I hope that it helps young men and women to have a different idea about how to be in the world.”

When Rees ended her exceedingly well-received comments, “Mudbound” star Garrett Hedlund offered his own response: he picked the mic off its stand, briefly held it, and let go. A literal mic drop.