Never underestimate the power of an indie auteur to dominate the specialty box office. 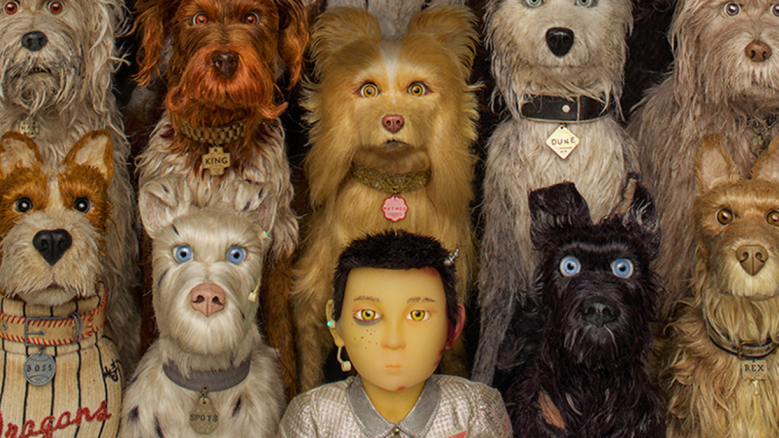 If there was any doubt about Wes Anderson’s continued draw as a contemporary auteur, “Isle of Dogs” removes them. His latest stop-motion epic boosted the dragging post-Oscar specialty market, opening in 27 theaters in six markets to a massive $1.5 million with a mighty per theater average of $58,000. The result came from a range of upscale theaters, not just core art houses. Fox Searchlight has a breakout.

On its third weekend, IFC’s comedy “The Death of Stalin” continues its strong run with over $1 million. Audiences that were flocking to award season contenders are carrying over to these two new releases. As the rest of the indie pack with more niche appeal play to more routine numbers, these box office breakouts are critical to the health of the specialized film community.

Wes Anderson has achieved levels of specialized limited release performance as impressive as any director, but “Isle of Dogs,” his latest film (the animated follow-up to “The Fantastic Mr. Fox”) ranks among his highest. Instead of a traditional New York/Los Angeles four-theater platform run (which brought per theater averages over $200,000 for “The Grand Budapest Hotel”), this opened in six markets at 27 theaters.

The grosses are massive. These include:

1. The four core theaters for a standard platform run grossed by themselves an average approaching $150,000, which by itself would have been among the biggest ever. Searchlight clocked those numbers despite having to compete with numerous New York and Los Angeles outlying theaters.

2. The PTA for these theaters ranks ahead of nearly all limited openers in multi-city runs, falling behind only high-end sensations like the first weekend of “Precious” and the 70mm runs of “Hateful Eight.”

3. This first-weekend gross in 27 theaters is about the same as third weekend of “The Death of Stalin” in five times as many theaters.

What comes next: 22 new markets open this Friday ahead of a planned maximum national break on April 13. Directed by Stanley Tucci, Geoffrey Rush and Armie Hammer costar in this 1960s story of a friendship between a portrait artist and his subject, a famous author. The drama opened in New York and Los Angeles with top theaters and average results.

What comes next: It’s Sony Classics, so expect a maximized art house run to get this to all top markets over the next couple months.

What comes next: Los Angeles among other initial cities open on April 6.

Summer in the Forest (Abramorama)

This marks an impressive gross for only 120 seats in Manhattan’s Village East theater for this documentary a pioneering doctor who changed the way institutions deal with those with intellectual disabilities. With support from church groups and others, the initial result suggests interest in the subject.

What comes next: Los Angeles on April 6 begins a national release.

Following in the pattern of Menemsha films, “The Last Suit” opened initially in Miami (with an additional date in Buffalo). This story focuses on an elderly Jewish tailor in Buenos Aires who embarks on a quest to return to his native Poland. The result is in the same range as Menemsha’s “Dough” and “The Women’s Balcony” which each got to over $1 million.

What comes next: These results will generate likely additional dates.

French director Cedric Klapisch (“L’Auberge Espagnole”) has been a familiar arthouse figure over the last two decades. His most recent film — a family drama set in wine-making country — opened in New York’s Angelika as well as three Northern California wine country locations. The initial figures are modest, with a decent Saturday increase.

What comes next: Los Angeles is among the several theaters opening this Friday. Zoey Deutch as a precocious suburban teen continues as the draw for this dark comedy as it quickly expanded to multiple major markets in its second weekend. The result is a total that looks good enough to sustain further expansion.

The average theater grossed under $800 for the second weekend of this recounting of the Ugandan airport hostage rescue. Second weekend grosses fell over 60 per cent from their already soft initial totals.

This remake of the oft-filmed World War I novel added a handful of cities with the same marginal result seen in its initial dates.

The second week for this documentary about Japanese soup and the master chefs who make it expanded from its initial dates to modest results. “The Death of Stalin”

The Death of Stalin (IFC) Week 3

A major increase for this Russian political comedy shows continued interest in the first 2018 specialized hit. The grosses aren’t at the level of non-awards seasons successes of last year “The Big Sick” and “Wind River,” which expanded more quickly, but this remains a strong performer with considerable potential ahead.

Quietly showing some strength as it widens, this senior road trip movie with Helen Mirren and Donald Sutherland sustained close to last weekend’s averages despite more than doubling its theater count.

It looks like the post-Oscar haul for the year’s big winner in theaters will be around $6 million, parallel to home viewing choices. The total worldwide take is over $175 million. The delayed release of this suburban young female noir lost most of its wider release dates, with remaining theaters pushing this closer to a minor $3 million result.

The Chilean foreign-language Oscar winner has played wider than normal because of its win. Theater totals are now declining, with those remaining grossing on average $1,000. Still $2 million — the lower end among recent winners in the category — looks doable.

Another post-awards end-of-run film still shows some theatrical interest, with $18 million in sight.

Much additional revenue is coming from home viewing choices as this inches towards $30 million in theaters. Still in its early stages, this Israeli film continues to show above average results for a subtitled film.

This Article is related to: Film and tagged Box Office, Final Portrait, Isle of Dogs, The Death of Stalin, Wes Anderson