Director Armando Iannucci talks about working with Tambor, who portrays the man who succeeded Josef Stalin. 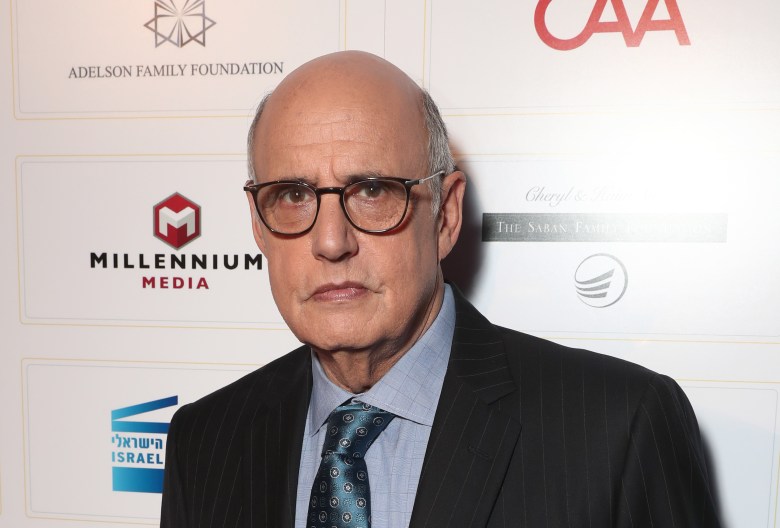 “The Death of Stalin” director and co-writer Armando Iannucci said he never considered re-editing his film after two women made sexual harassment allegations against co-star Jeffrey Tambor. A two-time Emmy-winner for “Transparent,” Tambor faces accusations from his former assistant, Van Barnes, and series actress Trace Lysette. Both came forward in November, after the October 20 U.K. release of “The Death of Stalin.”

“The film had been shot, it had been released in the U.K. before any of this came out, and I don’t want to take anything away from his performance,” said Iannucci, an Oscar-nominated screenwriter (“In the Loop”) who also created HBO’s “Veep.” “And it was great to work with him.” Tambor receives the esteemed “and Jeffrey Tambor” tag in the film’s closing credits.

While Ridley Scott recast Kevin Spacey in “All the Money in the World” just weeks ahead of its release date — for an estimated $10 million in reshoot costs — Iannucci explained that the two situations were very different: “The Spacey story is, there’s more that is known about that, so you can see the thinking there.” More than 30 men and boys levied claims of sexual harassment and abuse against Spacey. “The Death of Stalin”

Amazon fired Tambor from “Transparent” last month. He continues to deny the allegations, and his “Arrested Development” son-in-law, David Cross, has said that multiple cast members from the Netflix show believe him.

In “The Death of Stalin,” Tambor plays Georgy Malenkov, the meek successor to the Communist dictator. IFC Films is handling the American release, while its European counterparts are eOne Films (U.K) and Gaumont (France). The film premiered at the Toronto International Film Festival in September, where IndieWire’s Eric Kohn gave it an A-; its second major U.S. screening happened at Sundance; Tambor was absent from that festival’s Q&A with Iannucci and fellow actors Jason Isaacs and Andrea Riseborough.

“The Death of Stalin” posters circulated in February for the film’s U.S. release didn’t include Tambor’s likeness. The marketing team created three separate posters, each featuring a different grouping from the main ensemble (which also features Steve Buscemi, Simon Russell Beale, Michael Palin, and Rupert Friend). Iannucci said he did not have poster approval, and he confirmed with IFC Films that they had not erased Tambor from the ad campaign. The U.S. poster for “The Death of Stalin” does not include Tambor.

“So it wasn’t really that [Jeffrey was removed on purpose],” Iannucci explained. “It would just be absurd to do something like that intentionally … The thing is, he’s great in the movie, and he did a great performance, and it’s just sad this story has emerged.”

“The Death of Stalin” debuts in American cinemas this Friday, March 9.

This Article is related to: Film and tagged Armando Iannucci, Jeffrey Tambor, The Death of Stalin