Carrey's painting of Sarah Huckabee Sanders has gone viral, but it's hardly the first time the actor has used the brush to make a political statement. 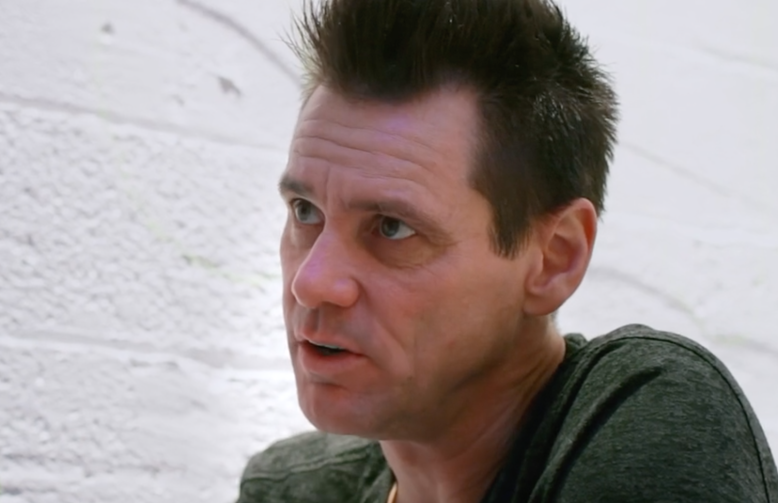 Jim Carrey’s portrait of the “monstrous” Sarah Huckabee Sanders has gone viral since the comedian posted the artwork to his Twitter page on March 17, but the image is hardly the first time Carrey has stirred the pot with the brush. Carrey has been making political statement through his artwork for months, slamming the likes of Donald Trump, Marco Rubio, and Vladimir Putin, among many others.

Shortly after the high school shooting in Parkland, Florida last month, Carrey turned his attention towards the National Rifle Association and to politicians who refuse to strengthen gun control laws in America. One of the comedians’ most provocative paintings is that of a dead student sprawled out on an American flag with the caption: “Oh say, can’t you see?!”

The comedian most recently followed-up his controversial Sanders portrait with a new painting of Donald Trump. The artwork features the President rendered as the evil Wicked Witch of the West from “The Wizard of Oz.” Putin is depicted as the Witch’s flying monkeys.

Carrey has been publishing his artwork to his Twitter account, which has become an online gallery for his paintings. IndieWire rounded up 15 of Carrey’s most politically-charged below.

If you liked my last cartoon you may also enjoy…

“THE WICKED WITCH OF THE WEST WING AND PUTIN’S FLYING MONKEYS“ pic.twitter.com/slBG7j1s8d

This is the portrait of a so-called Christian whose only purpose in life is to lie for the wicked. Monstrous! pic.twitter.com/MeYLTy1pqb

Rubio‘s agenda is clear. Keep taking millions from the NRA and wash the blood of innocent children off his hands. Apparently $3.3 million is the price of this politician’s soul. pic.twitter.com/wom4IrTfsj

Great news! The President’s answer to school shootings is to arm the glee club! ;^P pic.twitter.com/spSnwTo4Hz

It’s President’s Day and Chief Little Hands has been busy tweeting from his golf resort, a chip shot away from the latest bloody school shooting. He was hoping to play a few holes while grieving families are busy digging them. I support @cameron_kasky #neveragain pic.twitter.com/ndJcrk3Sw5

All who enter his crooked carnival with integrity are doomed to leave without it. General Kelly has been trampled by his own compromise. Who dares be the next to ride the carousel of fools?! Muahahaha!!! pic.twitter.com/MQDvFBrYlG

Tone deaf Paul Ryan brags that his tax bill is going to make low income voters an extra $1.50 a week! That’s almost enough for a box of Band-Aids. Who needs healthcare? WAKE UP REPUBLICAN BASE! You are parked on the tracks, cheering for the train that’s about to run you down. ;^P pic.twitter.com/Xh0dAiSGtC

“…and the blind shall see and the lame shall walk and the cheats shall inherit the earth!” #StateOfTheUnion pic.twitter.com/BYuzgzLtZF

🎶Oh Susanna, don’t you vote for me, I’m a creep from Alabama with your daughter on my knee!🎵 pic.twitter.com/nYOoTl5l9q

They bailed him out, set him up and made him their stooge. With Trump in the WH, Putin may win the 3rd World War without firing a shot. #PuckerUpPOTUS pic.twitter.com/bnPWI8xa9h

I don’t know yet if Roy Moore is guilty of pedophilia, but these allegations along w/ his religious extremism and intolerance make him unsuitable for the Senate. ;^| pic.twitter.com/NEeeAwvDUP

I’m Steve Bannon and I endorse Roy Moore for US Senate.He stands accused of molesting a 14yr old girl,but at least he’s not a Democrat! ?8^¥ pic.twitter.com/p2ojKqVS47

Cheers to you Stephen Hawking, the greatest mental athlete of our time. You are all that is! See you around, buddy! ;^) pic.twitter.com/LEqYnFn2rW

This Article is related to: Film and tagged Donald Trump, Jim Carrey