An attorney for Kricfalus admits to Buzzfeed News that the animator was in a relationship with a 16-year-old around 25 years ago. 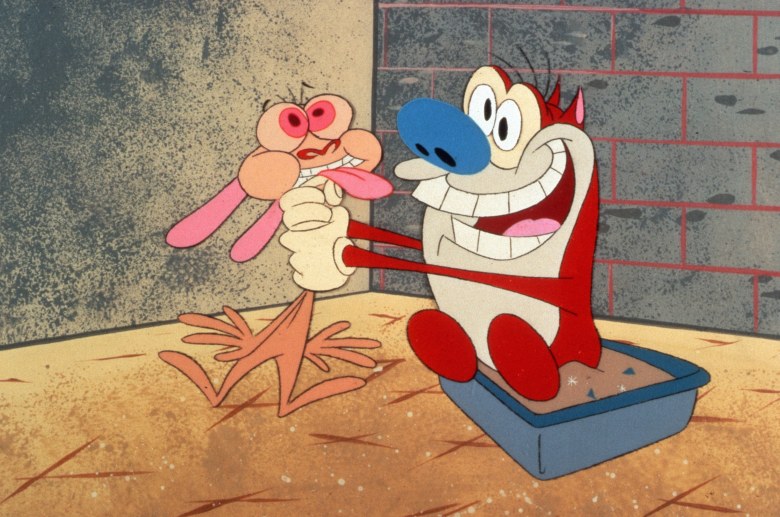 “The Ren and Stimpy Show”

Animatior John Kricfalusi, best known as the creator of Nickelodeon’s “The Ren & Stimpy Show,” has been accused of sexual misconduct by former aspiring animators Robyn Byrd and Katie Rice. The two women shared their stories about Kricfalusi’s alleged behavior in an interview with BuzzFeed News. Both Byrd and Rice were fans of “Ren & Stimpy” as young girls and hoped to have a career in animation, and they accuse Kricfalusi of preying on them starting when they were 13 and 14 years old, respectively.

Byrd sent a video to the “Ren & Stimpy” creator in 1994 when she was 13 years old hoping her love of animation would get the attention of Nickelodeon and Kricfalusi. The creator ended up sending her a letter acknowledging the video and her talent, and he soon followed by sending boxes to her of toys and art supplies. Kricfalusi was 39 years old at the time. He helped Byrd set up a AOL account, through which the two began corresponding, and he eventually visited Byrd’s trailer park in Tucson, Arizona.

When Byrd was in 11th grade, she says she flew to Los Angeles to take a tour of Kricfalusi’s animation studio, Spumco. During the trip, Kricfalusi allegedly groped her genitals through her pajamas. Byrd was 16 years old at the time. She returned to Los Angeles in the summer of 1997 for a Spumco internship and lived with Kricfalusi as his girlfriend. Byrd moved in with Kricfalusi permanently when she was 17 years old. She says her decisions were based on the fact that she believed “Kricfalusi was helping to launch her career.”

The Buzzfeed report mentions that Kricfalusi’s relationship with teenage Byrd and his inappropriate behavior toward girls was an open secret in the animation world. Warner Bros. art director Tony Mora and producer Gabe Swarr said “stories of how Kricfalusi sexually harassed female artists, including teenage girls, were known through the industry.”

An attorney for Kricfalusi reacted to Byrd’s accusation by admitting the animator did have a relationship with the 16-year-old, but that during the time period he “struggled with what were eventually diagnosed as mental illnesses.” Kricfalus’ attorney’s statement reads:

“The 1990s were a time of mental and emotional fragility for Mr. Kricfalusi, especially after losing ‘Ren and Stimpy,’ his most prized creation. For a brief time, 25 years ago, he had a 16-year-old girlfriend. Over the years John struggled with what were eventually diagnosed mental illnesses in 2008. To that point, for nearly three decades he had relied primarily on alcohol to self-medicate. Since that time he has worked feverishly on his mental health issues, and has been successful in stabilizing his life over the last decade. This achievement has allowed John the opportunity to grow and mature in ways he’d never had a chance at before.”

Katie Rice shared a similar story to Buzzfeed about her relationship with Kricfalusi. The animator had introduced Rice to Byrd through AOL in the mid-’90s when they were children. Rice says Kricfalusi never did anything physical to her but that he began “hitting on her” when she was a minor. A diary entry written by Rice between December 1995 and March 1996 mentions that “this 40 year old man is hitting on me.” Kricfalusi reportedly wrote her flirty letters and masturbated while on the phone with her. Rice wanted to break into the animation industry and accepted a job offer from Kricfalus in 2000 when she was 18. His sexual harassment persisted at work.

Rice told Byrd in 2008 that the animator’s behavior was worse when she worked for his home office. During a period in which Rice and Kricfalusi were working on a video commissioned by “Weird Al” Yankovic, Rice says he “was doing all sorts of bizarre stuff- waiting naked in his living room for when I let myself into his house to work in the morning, walking around with his weiner hanging out of his pants, telling me that his friend’s advice to ‘get’ me was to just rape me one day.” Kricfalusi’s attorney denied that the animator exposed himself to Rice. Byrd currently teaches philosophy and undergraduate writing classes, while Rice continues to work in animation.

The Paramount Network and spokespersons for Cartoon Network and Adult Swim told Buzzfeed they are not aware of any harassment claims against Kricfalusi. Kricfalusi’s representatives and Nickelodeon did not immediately respond to IndieWire’s request for comment.

You can read Byrd and Rice’s entire interview on Buzzfeed News.

This Article is related to: Television and tagged John Kricfalusi, Nickelodeon, Ren & Stimpy