The comedians returned to host the Indie Spirit Awards for a second year in a row, and kicked off the show with a scathing Hollywood critique. 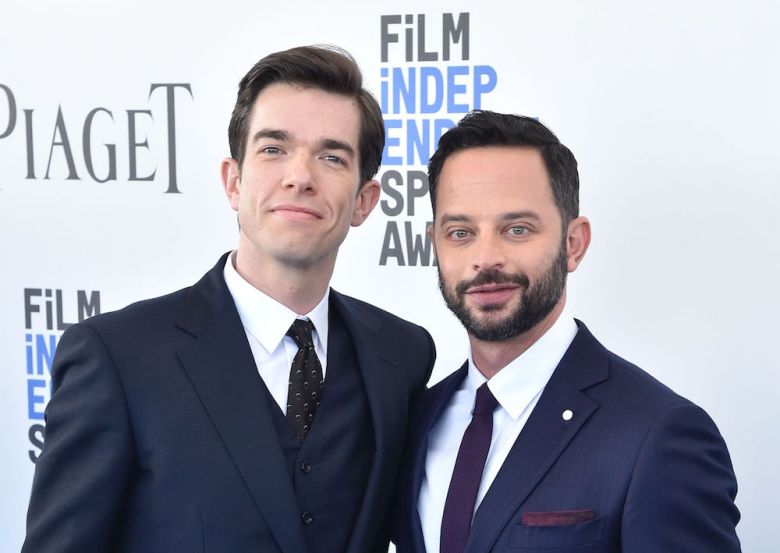 John Mulaney and Nick Kroll have returned to the Indie Spirit Award stage to prove they’re one of the best hosting duos around. After a successful debut last year, for the 33rd edition of the awards show Mulaney and Kroll wasted no time tearing into disgraced Hollywood players like Harvey Weinstein.

“There’s some stuff we should address,” the hosts said, referencing the many accused men in Hollywood. “Last year everyone famous died, this year everyone famous wishes they were dead. The rules have changed for men. Some men are like can we hug women anymore? Not the way you’re doing it, all breathy.”

Kroll then turned his attention to Brett Ratner. He shared a story about working with Ratner on a television pilot nine years ago and watching him pick at his crotch — and then proceed to touch all of the food on set.

“Those who have had the pleasure of meeting Ratner know he is constantly scratching his balls,” Kroll said. “One day, he was really going to town on his sad sacks, below his Banana Republic boxer briefs. We watched him walk away and walk over to the crafts services table where he touched six different doughnuts and then he grabbed one and walked away. If that’s how the guy treats doughnuts…”

The two then briefly mentioned other alleged Hollywood abusers, and asked whether art can be separated from the artist. Speaking about Kevin Spacey, the hosts quipped, “Can we still watch ‘K-Pax’?” As for Woody Allen, “What about his last 20 not-watchable movies?”

Mulaney and Kroll slammed the way Spacey apologized for his abuse, saying he “pulled a Keyser Söze” by also deciding to come out as gay in his apology.

Aside from talking about abusers, the hosts also touched about some of the year’s nominated films, including the infamous “Call Me By Your Name” peach scene.

This year’s list of Spirit Award nominees was dominated by Luca Guadagnino’s “Call Me By Your Name,” which earned six nominations, more than any other film. Jordan Peele’s “Get Out” and Josh and Benny Safdie’s “Good Time” were a close second with five nominations each. Greta Gerwig’s “Lady Bird” also had a great showing with four nominations.