The festival is over, but these movies still need homes. Somebody do something! 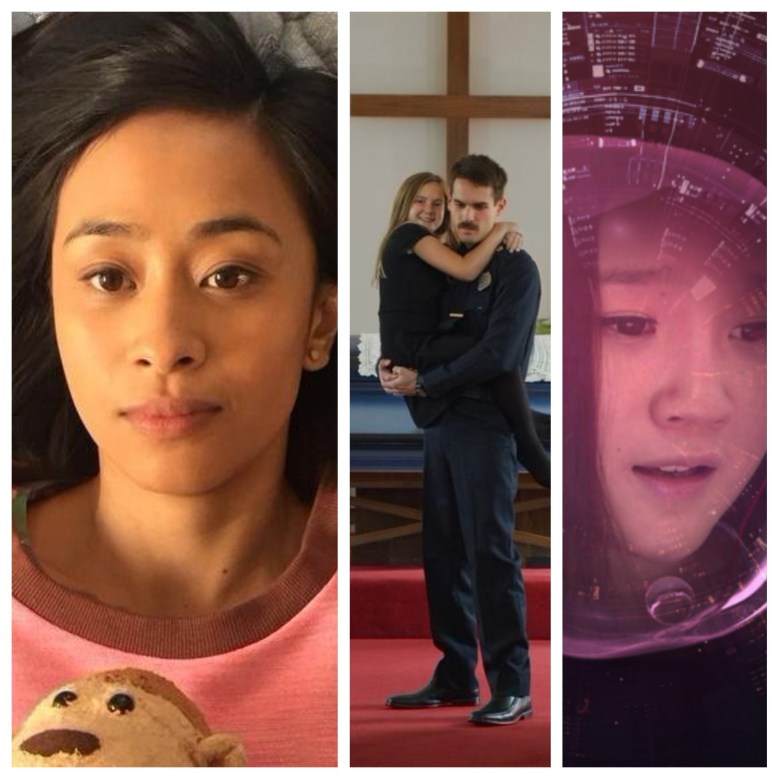 While the SXSW Film Festival technically stretches across two weekends, it’s drowned out by music after the first one, while many of the programming highlights remain homeless. SXSW doesn’t usually play host to marketplace activity on the level of Sundance or other big festivals, in part because the Austin gathering attracts few buyers and hosts no special industry screenings. However, the programming showcases a wide range of titles that arrive at the festival without distribution, including many that could stand the chance of finding audiences beyond the insular festival circuit. (Previous SXSW breakouts that found distribution as a result of SXSW range from “Tiny Furniture” to “Weekend.”) Here are some of the top titles from this year’s lineup that deserve an audience beyond it.

Michael Tully has built one of the more unusual filmographies over the past decade, veering from the druggy thriller “Cocaine Angel” to the documentary “Silver Jew,” the twisted family drama “Septien” and the coming-of-age comedy “Ping Pong Summer.” With “Don’t Leave Home,” he fuses many of those storytelling instincts into a fascinating whole, with a slow-burn thriller set in the Irish countryside. Building on a premise that suggests “Rosemary’s Baby” through the specter of Catholic guilt, and a kooky gothic setting right out of “The Addams Family,” this bizarre atmospheric horror effort hails from familiar storytelling traditions while remaining unpredictable throughout. The story finds American artist Melanie Thomas (a superb Anna Margaret Hollyman) accepting an offer from the mysterious Father Burke (Lalor Roddy) to visit him in the Irish countryside and produce a new work in the creepy setting, while grappling with the mysterious disappearance of a young girl that took place there ages ago. Tully hits plenty of familiar horror notes even as he connects them in fresh ways, building toward an unexpected climax that’s at once spiritual and ominous. Given the commercial viability of the horror, the movie seems like a good fit for a company that excels at promoting the genre to diehard fans. —EK “The People’s Republic of Desire”

The newly crowned winner of SXSW 2018’s Documentary Grand Jury Prize, Hao Wu’s “People’s Republic of Desire” illustrates how the shift from real to virtual spaces is growing into one of the defining migrations of the 21st century. Wu’s intimate portrait of China’s live-streaming culture uses one country’s recent past as a dark portal into our collective future, sketching a world in which even the most basic pleasures of human connection can only be experienced vicariously. Focusing on a live-streaming platform called YY, the film introduces us to some of the regular people who have become national idols just by sharing their lives with a few million strangers, using their stories to explore the digital evolution of human capital in a massive country where internet access is one of the only things that most of the people can afford. Tragic and terrifying in equal measure, Wu’s film traces a reality where our pleasure is simulated, but our pain is real. “People’s Republic of Desire” may have started as an homage to “Black Mirror,” but it ends by making that show feel completely redundant. — DE The Grand Jury prize winner at the 2018 SXSW Film Festival tests the limits of how long one can sit with the unflinching portrait of an angry, broken man whose life is falling apart in every direction, and it turns out it’s about 91 minutes. Writer-director-star Jim Cummings’ adaptation of his acclaimed 2016 short focuses on a wayward police officer who can’t manage to put his life together, largely due to his own simmering rage and sloppy mistakes. Cummings’ unruly performance as the mustachioed anti-hero engenders a paradoxical character study, in which the filmmaker takes to both sides of the camera to beg the audience for empathy, but doesn’t make it easy. From its teary-eyed, cringe-inducing opening eulogy to the tragic finale, “Thunder Road” maintains a beguiling funny-sad balance that’s unique to Cummings’ filmmaking voice, and won him overnight fans at SXSW. Considering the charged image of the police officer in America at the moment, this complex portrait could hit the zeitgeist; more than that, it would put a distributor in business with a filmmaker who’s clearly just getting started. —EK Suzi Yoonessi’s first feature film in nearly a decade has plenty going for it, from a timely message to a slew of star power both on the screen and behind the scenes, but it’s most appealing because of the full-force charm and talent of its leading lady, Charlene deGuzman. Written by deGuzman and fellow filmmakers Mark Duplass (who also executive produced the film) along with Sarah Adina Smith, the film is loosely based on deGuzman’s own experiences with sex, heartbreak, and recovery. It’s a fluffy spin on a familiar genre, but with fresh intelligence, and deGuzman’s hard-won life experience adds a dose of honesty to the snappy narrative. She’s also just plain wonderful to watch, providing a tough character in a tough situation with the maximum of grace. DeGuzman is a star in the making, and “Unlovable” is her first big vehicle; now, someone smart just needs to buy the keys. —KE Molly Shannon and Susan Ziegler in “Wild Nights With Emily”

Madeleine Olnek’s films may not be for everyone, and that’s a good thing. The playwright-turned-filmmaker makes madcap comedies with an absurdist bent, imbuing her oddball farce with irreverent feminism. Her third feature rights a wrong of literary straight-washing, casting Molly Shannon as a distinctly lady-loving Emily Dickinson. Posthumously sold as a reclusive spinster by a literary establishment that rejected her poems during her lifetime, Shannon’s Dickinson is vivacious and passionate. The movie imagines her lifelong love affair with her sister-in-law, Susan Dickinson (née Gilbert) with scenes that are in turns both hilarious and surprisingly sweet. Olnek honors Dickinson’s writing while reframing the narrative around the world’s most famous female poet. With Shannon’s popularity, and the revisionist feminist story as its backdrop, “Wild Nights With Emily” is the perfect indie comedy for a mid-level distributor to add to its 2018 slate. —JD

This Article is related to: Film and tagged Memo to Distributors, SXSW