The renewal came after critics, fans, and several Latino groups lobbied Netflix hard to bring it back. 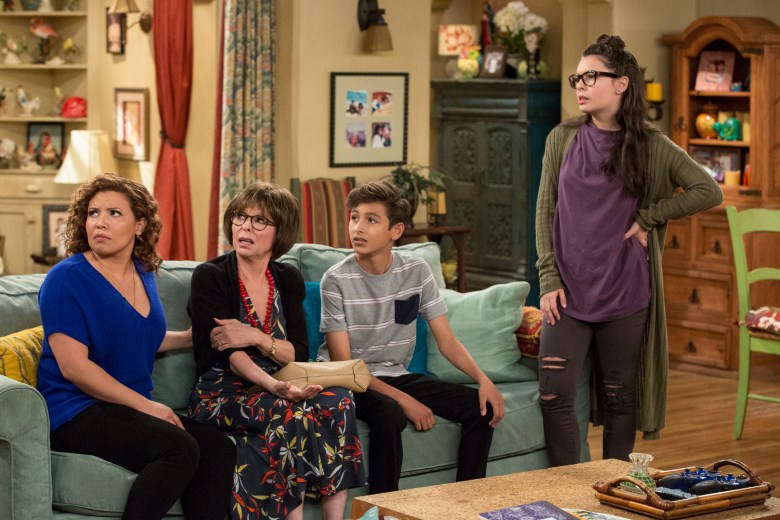 Up on your feet, somewhere there’s music playing: Netflix has renewed “One Day at a Time” for Season 3. The renewal wasn’t a slam dunk, as the show is believed to just have middle-of-the-road viewership — hence the time Netflix took to crunch the numbers and make it work. But the show has garnered loads of critical acclaim — and has been lauded in particular for its depiction of a Latino family, and embrace of important issues through the lens of comedy, giving Netflix plenty of reasons to find a way to bring the show back.

Per Netflix, “One Day at a Time” will be back for its third go-round with 13 more 30-minute episodes in 2019. In reviewing Season 2, IndieWire’s Liz Shannon Miller wrote, “the second season of “One Day at a Time” is easily one of the most emotional and heartfelt shows to premiere so far in 2018. It even, in its way, proves creatively daring, especially as it pushes the boundaries of what’s possible in the multi-cam format.”

The calls to renew “One Day at a Time” went far beyond TV critics. The National Hispanic Media Coalition recently sent Netflix a letter, signed by several different arts and civil rights organizations, urging the streaming service to bring the show back:

This critically acclaimed show serves as a guiding light–the true north in and for an industry grappling with issues of diversity, equity, and inclusivity. Out of the mere 22 Latinx shows that have been picked up to series since 2000, “One Day at a Time” is by far the best received based on available Rotten Tomatoes scores. Humorous and smart at its core, audiences connect with the authenticity of Penelope (played by award-winning actress Justina Machado), an Army veteran and newly single mother of two. Unique to the 21st century reboot, however, is the intergenerational Latinx lens through which audiences view the show. Some of the issues the Cuban-American Alvarez family confronts are indeed unique to their heritage, race, and the current political climate, but others such as Post-Traumatic Stress (PTS) are relatable to growing populations, and many are universal–fiercely familiar to all.

The resounding success of this show—in the media, by Hispanic and Latino communities, and in the mainstream—is due to the authentic representation of Latinos on screen. This result cannot be manufactured and is a direct correlation of what’s happening behind the scenes. With a writing staff that is half female and half Latinx, “One Day at a Time” showrunners Gloria Calderon Kellett and Mike Royce have created a team that is truly representative. A feat otherwise unheard of in Hollywood.

“One Day at a Time” follows three generations of a Cuban-American family, led by a newly-single mom and military veteran (Machado) raising two strong-willed children, with the help of her mother (Moreno) and building manager (Grinell). Season 2 ended with a scare, as Machado’s character wound up in a coma — but, spoiler alert, she lives and the season wraps with her becoming an American citizen. “We knew she wasn’t going to die,” Machado told IndieWire earlier this year. “They’re not going to kill the grandma, are you crazy? We’re not taking an EGOT off this show!”

Here’s a teaser announcing the pickup:

This Article is related to: Television and tagged One Day At A Time