At least they didn’t include a picture of someone who’s still alive this year. 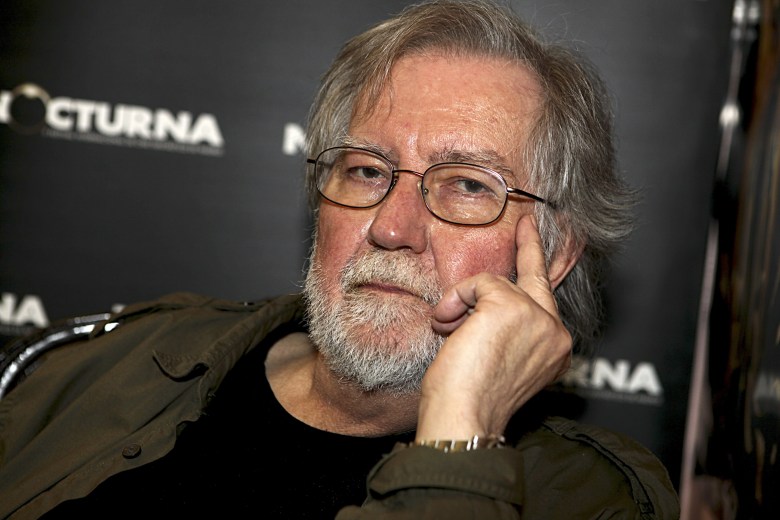 The In Memoriam segment of each awards show should be solemn but celebratory, but lately has turned into a ghoulish bit of theater. Industry greats who’ve died in the past year are honored, but because of the national platform, the focus shifts to the politics of the whole affair. Audiences note which deceased person gets the most applause and worst, who was wrongfully left out of the montage.

At the 90th Academy Awards on Sunday, Eddie Vedder performed as the photos and clips rolled. Of those who died in 2017 and were featured as expected were the following: Roger Moore, director Jonathan Demme, horror filmmaker George A. Romero, Bill Paxton, Mary Tyler Moore, Adam West, Martin Landau, Glenne Headley, and Harry Dean Stanton.

It’s always a negotiation about who will appear in the montage, depending on if they’re known more for TV or film, if they were included in last year’s Emmys In Memoriam, or if their death was too recent to include. Regardless, there was one very glaring omission in the Oscars montage: Tobe Hooper.

The “Texas Chainsaw Massacre” and “Poltergeist” filmmaker died in August 2017, plenty of time for his inclusion in this montage. His contribution to the world of horror cinema can’t be understated, and it’s baffling trying to figure out why he may have been omitted.

Sadly, John Mahoney was also left out. He died last month in February, but since he’s mainly recognized as the father on “Frasier,” perhaps he’ll be included in the Emmys In Memoriam. It’s strange to think that such considerations have to be made, but the reality is that many, many, many people are left out of these montages, and trying to include them somewhere is the best that can happen. It should be noted that Mahoney has quite the extensive resume though, and that includes films such as “Moonstruck,” “Eight Men Out,” “Say Anything…” “Barton Fink,” and “The Hudsucker Proxy.”

Other names that were conspicuously missing from the Oscars, but were included in last year’s Emmys montage include: Bill Paxton, Mary Tyler Moore, Adam West, Miguel Ferrer, and Powers Boothe. It’s sad though that such divisions must create these negotiations since each of these actors’ film work are exemplary. Once again, Twitter was very quick to point out some of these omissions:

No John Mahoney in the Memoriam montage is total bullshit.

Where the fuck was Powers Boothe?

Sadly, as predicted, two great actors left out of the In Memoriam montage: Powers Boothe and Frank Vincent #shinebox

The one saving grace, however, is that this year’s In Memoriam segment at least only included dead people. Last year, a mixup with someone’s name resulted in a disturbing SNAFU in which the very alive Australian film producer Jan Chapman reassured her loved ones that she was not one of the deceased even though her photo was included in the montage. Instead, it was Australian costume designer and four-time Oscar nominee Janet Patterson who had died, but her photo was swapped.

This Article is related to: Awards and tagged In Memoriam, Oscars