This sequel corrects some of the original’s biggest mistakes while also highlighting many of its more eccentric charms. 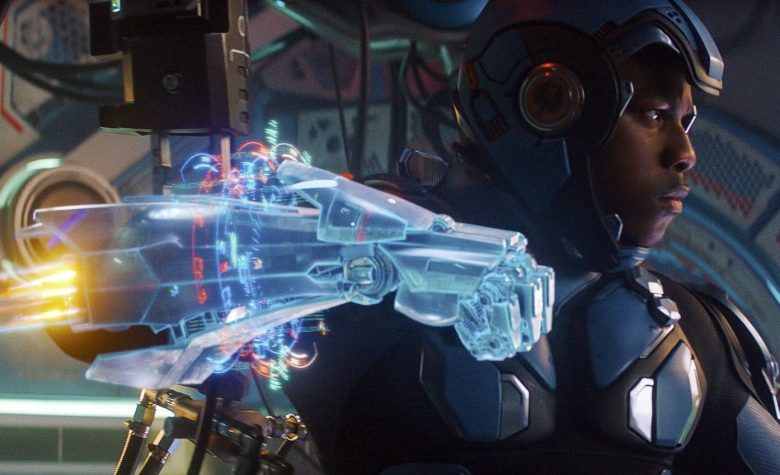 The biggest difference between “Pacific Rim” and its perfunctory new sequel can be summed up in one word: expectations. When Guillermo del Toro’s original came out in July 2013, people were primed for something special. A universally beloved pop auteur mashing his love for Ray Harryhausen and otaku culture into an $190 million blockbuster about very giant monsters fighting very giant robots? It sounded like an urgent reprieve from the soulless corporate write-offs that defines the summer movie season, and not just a hollow, incoherent spectacle that felt more like an homage to Michael Bay than Ishirō Honda.

As a direct result of that disappointment, “Pacific Rim Uprising” stomps into theaters with a very different set of baggage. For one thing, del Toro is no longer in the director’s chair; still serving as a producer on the project, he’s bequeathed his seat to Steven S. DeKnight. While the first installment was brought to the screen by one of the world’s most imaginative filmmakers, the second one is brought to you by a guy whose greatest claim to fame is creating a Starz series that perfectly split the difference between “300” and softcore porn (in fairness and respect, “Spartacus: Blood and Sand” remains one of premium cable’s guiltiest pleasures).

Del Toro was coming off the wonderfully spirited “Hellboy II: The Golden Army,” while DeKnight’s most recent credit is as a creative consultant on something called “Travel Boobs.” With “Pacific Rim,” people were expecting a modern classic. With “Uprising,” people are expecting a movie that’s going to make a lot of money in China. And that’s exactly what they’re getting — no more, no less. Well, maybe a little bit less.

A generic and diverting sequel that corrects some of the original’s biggest mistakes while also highlighting some of its more eccentric charms, “Uprising” drops us into a world that’s much richer than what the previous film left behind. Ten years have passed since Stacker Pentecost (Idris Elba) cancelled the apocalypse and sacrificed his own life to help seal the inter-dimensional breach through which aliens sent massive glowing monsters (aka Kaiju) to terrorize planet Earth for reasons unknown. Kaiju skeletons are strewn about the globe, remnants from the fight to save humanity; Jaegers are still out there as well, most of them rusting as black market scavengers pick them clean for their parts.

Since Charlie Hunnam’s character is never mentioned and nowhere to be found (a strong premise for any “Pacific Rim” sequel), and Stacker Pentecost is still extremely dead, our hero this time around is his son, Jake. A resourceful slacker played by a buoyant John Boyega — the London native free to roll with his natural accent and excitable sense of humor for the first time since “Attack the Block” — Jake is more interested in selling tech from decommissioned Jaegers than he is in piloting them. In other words, he is not his father, a fact made clear by his unforgettable catchphrase: “I am not my father.”

At times, it feels like every line that comes out of Jake’s mouth speaks to that idea in one way or another, as though none of the four credited screenwriters recognized the irony of writing an inoffensively derivative sequel that centers on one theme: “Don’t let other people define who you are.”

Anyway, the story kicks into gear once Jake bumps into an orphaned tinkerer named Amara Namani (Cailee Spaeny), the both of them flown to a Chinese military base and involuntarily recruited into the PPDC (Plot Point Defense Corps?). From here on out it’s pretty much just “Pacific Rim: The New Class,” as an international group of tween pilots are forced to grow up real fast when some a drone Jaeger goes full “Robocop 3” and starts terrorizing Sydney. What seems like a case of faulty wiring proves to be a good deal more than that, as Drs. Newt Geiszler and Hermann Gottlieb (Charlie Day and Burn Gorman, respectively) return to solve a mystery that boasts at least one truly amusing twist. As for Mako Mori — the Rinko Kikuchi character who served as something of a surrogate daughter for Stacker Pentecost in the first movie — well, she has a lot less to do now that Jake is in the picture.

The last character worth mentioning is Nate Lambert, Jake’s square-jawed and squinty-eyed rival on the military base. Nate is played by Scott Eastwood, who is both terribly and brilliantly cast in his role. “Terribly,” because Eastwood is such a robotic actor that you almost wonder who’s piloting him. “Brilliantly,” because his presence offers a perfect analogy for the entire “Uprise” experience, which is to the initial film as Scott Eastwood is to Clint: Less insufferable at his worst, and less memorable at his best.

The big fix that DeKnight applies to del Toro’s original is that “Uprising” is a lot brighter (and given that both movies are dumb as rocks, that praise is meant to be taken literally). Whereas the first “Pacific Rim” was a dingy mess that shrouded all of its signature monster brawls in the darkness of night, “Uprising” is set almost entirely in the sunshine, where every weightless pixel of its bland giant robots — and the even blander monsters that inevitably reemerge — can be appreciated in all of their generic splendor. The other big improvement is Boyega, who co-produced “Uprising” with his UpperRoom Entertainment company and seems single-handedly determined to will the movie into working. He’s as fun as Hunnam was flat, the “Star Wars” supernova having such a good time that he almost convinced us that we are, too. The rest of the cast barely registers, but Boyega is charming enough to pull this thing to the finish line by himself. His enthusiasm almost compensates for a sequel that’s considerably less eccentric than its predecessor — del Toro’s film misapplied its personality, while DeKnight’s just doesn’t have any.

Perhaps the “Uprising” director, so comfortable with the porny pulpiness of his “Spartacus” series, was hemmed in by the need to deliver an all-ages blockbuster. Maybe he was just trying to elevate a noble failure into a sustainable franchise. Either way, cleaner battle scenes will only get you so far, particularly when they’re used to obscure the few things that made this series compelling in the first place.

The concept of drifting, in which two Jaeger pilots mind-meld in order to share the psychic burden of piloting one of the enormous mechs, is one of the most fundamental things that differentiates “Pacific Rim” from “Transformers,” and it isn’t given any dramatic context in this film. It’s a perfectly simple way to establish a bond between characters, but “Uprising” only busts it out as a cheap plot device.

It’s par for the course in a movie that has nothing on its mind but getting from start to finish in one piece — a movie that want to plug the hole in a sinking ship in order to strengthen the “Pacific Rim” brand and set it sailing towards a climactic final chapter. Depressingly, “Uprising” is never better than when it’s setting up another sequel. By the time that movie crashes into theaters, our expectations for it might actually be low enough for it to surpass them.