The directors will take executive producer credit on "Solo: A Star Wars Story' and are creating a unique Marvel experience with "Spider-Man: Into the Spider-Verse." 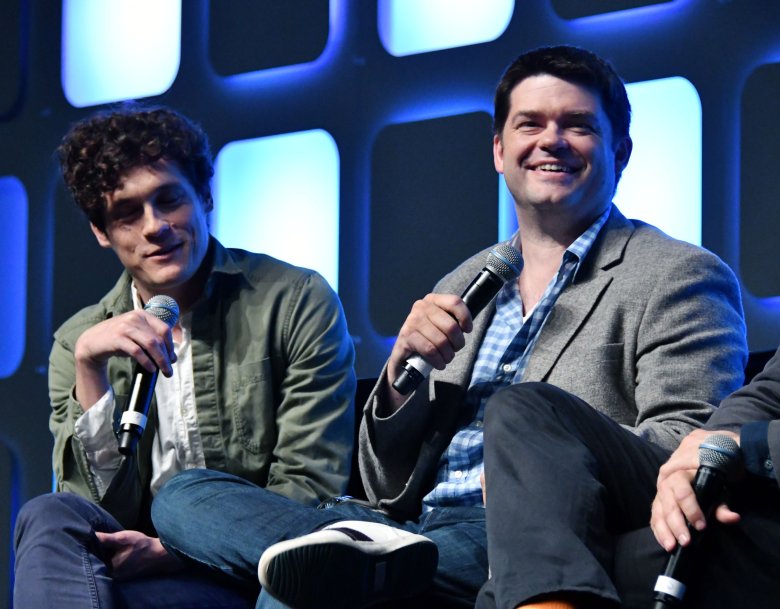 The third annual GLAS Animation Festival (Global Animation Syndicate) in Berkeley got a major boost last weekend with the appearance of Phil Lord and Chris Miller (“The LEGO Movie”). The duo discussed success, failure, and how they’re pushing boundaries with “Spider-Man: Into the Spider-Verse” (December 21), which they are producing. They also announced that they are taking executive producer credit on “Solo: A Star Wars Story” (May 25), which they noisily departed as directors last year after being replaced by director Ron Howard.

Although they credited their successful partnership with being “horrifically relentless and willing to change things to continually improve the project,” Lord and Miller ran into irreconcilable differences over the particular production demands of the “Star Wars” franchise. “We are very proud of our many contributions to the film. In light of the creative differences on ‘Solo: A Star Wars Story,’ we have elected to take an executive producer credit on the film,” Lord and Miller said. “We love the cast and crew and really love everyone and wish them the best.”

Lord and Miller stressed the precariousness in trying to balance silliness with sincerity, from their cult animated series, “Clone High,” to “Cloudy with a Chance of Meatballs,” to “The LEGO Movie,” to the live-action “21 Jump Street” franchise. They admitted that they found their voice on “Cloudy,” their feature debut at Sony Pictures Animation, despite a disastrous start.

While it contained plenty of gonzo humor, “Cloudy” lacked a story, but, thanks to the invaluable assistance of writer-producer Lindsay Doran (“Sense and Sensibility”), Lord and Miller discovered the core father-son story that made it more than “a bag of jokes.” Added Lord: “We learned how to make a movie more emotionally involving.” They also learned about overcoming their own limitations by encouraging the contributions of their cast and crew. “If you hate everything, you are constantly trying to make it better,” said Miller. With “The LEGO Movie,” Lord and Miller made a mega movie about kids finding their creative voices playing with the popular brick toys.”We were trying to decode how the bricks represent characters and buildings,” Lord said. The result was hilarious and heartfelt in overturning mainstream animation, and they are going further with “Into the Spider-Verse” and “The LEGO Movie 2” (February 8, 2019), which they are also producing.

“This is a new, unique experience, and we are pushing the medium [with ‘Into the Spider-Verse’],” said Miller. The spin-off focuses on Afro-Latino Miles Morales as Spidey (Shameik Moore) and the animation style is ground-breaking for Sony Pictures Imageworks. It’s like a moving comic and the studio has had to redo its pipeline to make it work. “We’re getting away with so much with this movie,” Lord said. “It’s a pretty wild style.”

Miller said the illustrated look contains half-tone shadings and graphic shadows, and that it alternates between gritty and poetic. He also credited co-director Peter Ramsey (“Rise of the Guardians”) with helping it all come together visually. “Animation can do all sorts of genres, but the marketplace doesn’t know it yet,” added Lord.

Among the other highlights at the GLAS Animation Festival (co-founded by Jeanette Bonds and Einar Baldvin) was a presentation on overcoming failure and achieving a “supermacho” sense of confidence by “The Book of Life” director Jorge Gutierrez, and a panel discussion about finding your creative voice with four female Pixar artists: Story Artist Aphton Corbin, Character Tailering Lead Fran Kalal, Sketch Artist Ana Ramirez, and Animator Becki Tower.

“Embrace the flaws and imperfections of the human spirit,” said Gutierrez, who enticed Guillermo del Toro to produce his $50 million pet project about Día de los Muertos and has since learned to succeed in Hollywood by taking his mentor’s advice about having “the heart of a poet but the endurance of a boxer.” “The Book of Life”

However, after signing on to direct the LEGO standalone, “The Billion Dollar Brick Race,” Gutierrez recently departed over creative differences: “Perhaps I was the wrong piece for that set,” he said. The director is currently adapting his cultural mash-up, “Kung Fu Space Punch,” as a miniseries for one of the big streamers.

Meanwhile, the Pixar artists stressed embracing limitations and drawing on personal experiences as the secrets to their success. But how are they coping with tighter production deadlines and overlapping schedules? “It makes way for collaboration and getting outside of your bubble,” said Kalal, who made the costumes for “The Incredibles 2” (June 15). But because the animation came first as a result of the accelerated schedule, she got to test the outfits in the context of the moment.

“The Burden,” the acclaimed existential musical short by Swedish director Niki Lindroth von Bahr, won the Grand Prix, the Audience Award, and the newly installed FXX Elevation Award (sponsored by FX Networks with a $25,000 investment in her next project). In addition, the festival announced the GLAS Animation Grant, a new program to support indie animators making shorts in the U.S. This will launch with two $2,500 grants this year to two animation filmmakers. Applications and eligibility info will be available starting May 1st. on the GLAS Animation website.

This Article is related to: Film and tagged GLAS Animation Festival, Into the Spider-Verse, Phil Lord and Chris Miller, Solo: A Star Wars Story