"Notes After Long Silence" features images of Levine having sex with his partner. 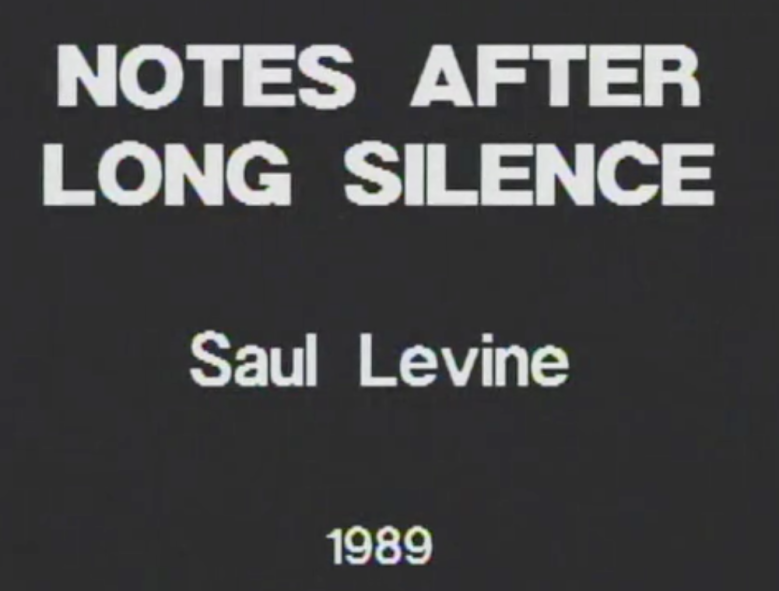 Saul Levine is retiring from the Massachusetts College of Art and Design following an in-class screening of his 1989 film “Notes After Long Silence,” which features graphic sex between Levine and his partner. The filmmaker and professor, who’s been at MassArt for 39 years, received anonymous complaints from students and describes a meeting with college administrators held in early February as a “complete ambush.”

“The people in that room all agreed that I had committed sexual harassment by showing my class this film,” says Levine in a Facebook Live video describing the situation. “They couldn’t do anything about it because the complaints were anonymous. To be honest, I don’t get it. I admit I showed it.”

Levine, 74, is a mainstay in the world of avant-garde cinema and has also directed “The Big Sick/An Old Reel,” among other films.

“What they did was beat me up for an hour. They berated me about the safety of students, and why I was harming them,” he adds in the video, comparing the administrators’ actions to those of “thugs, buffoons, secret policemen who were attacking me as an artist, as an educational professional, as a programmer, but mainly as an artist.”

He also says that students are being “infantilized” and “told that only the least objectionable can be talked about or shown.” Levine has chosen to step down rather than attempt a legal battle against MassArt. “We’re seeing an attack on academic freedom,” he says. “My work doesn’t harm anyone.”

This Article is related to: Film and tagged MassArt, Saul Levine