The actor tells all in an Esquire interview, including a moment when he was younger where heard his mother being sexually assaulted. 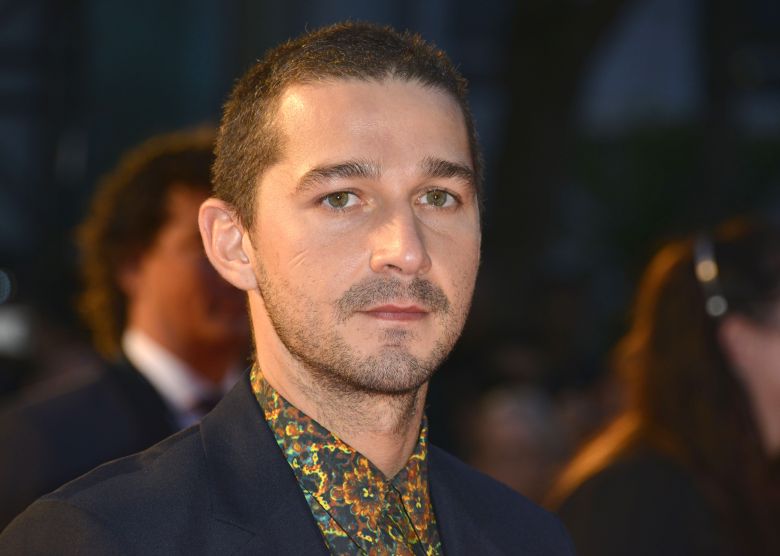 Shia LaBeouf’s career has been tumultuous over the last several years. In 2017 alone, the actor was sued for $5 million by a bartender, arrested in Savannah, Georgia for public intoxication, and ordered to attend a ten-week rehab program. In a revealing new Esquire profile, LaBeouf finally comes clean about his past ahead of the press tour for his new film, “Borg vs McEnroe.”

“I’m a buffoon. My public outbursts are failures. They’re not strategic,” LaBeouf said bluntly. “They’re a struggling motherfucker showing his ass in front of the world.”

The actor told Esquire it’s finally time to “take ownership of [his] shit” and “clean up [his] side of the street.” In advance of his “Borg vs. McEnroe” publicity tour, LaBeouf has been obsessively preparing for interviews over the last two months. He’s conducted private interviews with his therapist and has been workshopping his answers to all of the potential questions that could come his way.

LaBeouf said his Savannah arrest last July was particularly mortifying. The actor became enraged at a police officer who denied him a cigarette. LaBeouf ignored the officer’s request to calm down and was brought into the police station when he continued to be combative. In police footage released by TMZ, LaBeouf was heard in the back of the police car bragging about his “millionaire lawyers,” being racist toward a black cop, and referring to the officers as “bitches” and “whores” multiple times.

“What went on in Georgia was mortifying,” LaBeouf said, “White privilege and desperation and disaster. It came from a place of self-centered delusion. It was me trying to absolve myself of guilt for getting arrested. I fucked up.” LaBeouf has often found himself in trouble because of his reactionary behavior. The actor revealed that his doctors diagnosed him with PTSD after he was checked into rehab following his Savannah arrest, and LaBeouf said the disorder is the result of watching his mother be a victim of sexual and physical violence. LaBeouf revealed he overheard a man raping his mother when he was a child.

“I froze. The man ran out, and my mom ran after him,” LaBeouf said. “[A neighbor] came running over. I remember he had a crossbow.”

The rapist fled and was never found. LaBeouf was taken to the sheriff’s office where he listened to his mother recount the attacker’s appearance. The actor said the assault ended up causing bad behavior that got him in trouble in school.

“It was the first time I ever heard the word pubic,” LaBeouf said of listening to his mother’s assault story. “That’s how she described his facial hair. The next day at school, I told some kid that his hair looked like pubic hair, and I remember getting in trouble. They never found the guy.”

LaBeouf also witnessed his mother get hit by a car in a parking lot years later, which he said was one of the emotional factors that led to his Savannah arrest. The actor became unstable after the incident and went after the driver with a knife. Although LaBeouf did not use the knife, he ended up buying a gun in order to protect himself. According to Esquire, LaBeouf sleeps with the gun to this day.

“I’ve always thought somebody was coming in,” LaBeouf said. “My whole life.”

The actor also admitted that his career and movie roles also factored into his emotional crisis. While Michael Bay and Steven Spielberg significantly boosted LaBeouf’s career by casting him in the “Transformers” franchise, he said that ultimately those films “felt irrelevant” and made him feel like his profession became “the antithesis” of his purpose on the planet.

“They felt dated as fuck,” LaBeouf said of “Transformers.” “You come up on these stories about ‘Easy Rider’ and ‘Raging Bull’ and De Niro and Scorsese and Hopper, and you find value in what they do. Meanwhile, you’re chasing energon crystals.” LaBeouf said he reacted to this career problem in two ways: Drinking, and going full method on more edgier projects.

“My way of running is to drink,” he said. “I’m a good old-fashioned drunk—whiskey and beer—and have been since I touched alcohol.” LaBoeuf’s alcoholism led to an arrest in November 2007 for trespassing at a Chicago Walgreens. The actor was also struck by a car running a red light in July 2008. LaBeouf received a misdemeanor DUI for refusing a breathalyzer test after the accident.

As for his movie roles, Esquire mentions numerous projects where LaBeouf went method to his own emotional detriment: The actor drank tons of moonshine and knocked out Tom Hardy on the set of “Lawless,” and he dropped acid during the making of “Charlie Countryman” and choked director Fredrik Bond when he stopped production one day for a lunch break. During the making of David Ayer’s “Fury,” LaBeouf shaved down a tooth below the gum line in order for his character to sound like he had been smacked in the face from a the recoil of a gun.

LaBeouf has emerged from his past and his stint in rehab with more clarity. The actor’s latest film, “Borg vs. McEnroe,” opens in select theaters April 13.

“I’m trying to stay creative and learn from my mistakes,” LaBeouf added. “I’ve been falling forward for a long time. Most of my life. The truth is, in my desperation, I lost the plot.”

Head over to Esquire to read LaBeouf’s profile in its entirety.

This Article is related to: Film and tagged Borg vs. McEnroe, Shia LaBeouf