Exclusive: A new fellowship program enables indie producers to bypass signing with a traditional distributor, but be prepared to get your hands dirty. 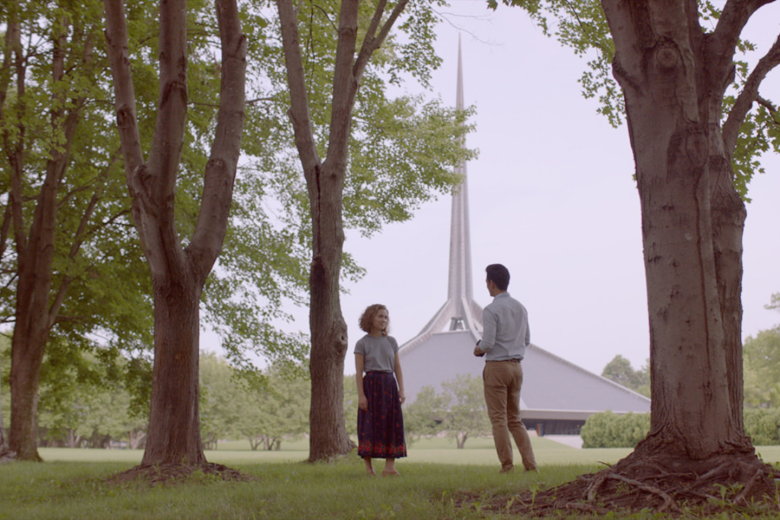 After devoting years to writing, funding, filming, and editing their passion projects, the last thing many indie filmmakers want to hear is they have to release the thing themselves. However, as the industry becomes more fragmented and traditional theatrical distribution deals dwindle, self-distribution is starting to look more appealing.

“The market is changing so fast,” said Chris Horton, director of the Sundance Institute’s Creative Distribution Initiative (formerly Sundance Artist Services). “Marketing and distribution knowledge and skills are now an inseparable part of what we think should be in a producer’s repertoire.”

That’s the thinking behind Sundance’s new Creative Distribution Fellowship, which will award $100,000 in grants, evenly distributed between two to four films per year, to help them create self-funded rollouts. Filmmakers retain creative control over distribution and marketing, making it possible to retain more of the profits from ticket sales in exchange for a significant time commitment and far less money up front. The fellowship also includes a guaranteed minimum $75,000 SVOD deal with either Amazon, Hulu, or Netflix, and access to some Sundance consulting.

To be eligible, a film must have U.S.-based producers and have premiered or been accepted at an American film festival in the past year. Sundance is looking for a mix of narrative and documentary films in its grantees. Today, Sundance released the results of its pilot venture in the self-distribution space: 2017’s “Columbus.” The institute provided funds and resources for the team behind the Midwest-set drama, directed by Kogonada and starring John Cho and Haley Lu Richardson, to pursue a theatrical rollout without signing to a distributor. The in-depth case study is available on the Sundance Institute’s site.

The results are encouraging: “Columbus” cracked $1 million at the box office over a healthy three-month run, enough to nearly recoup its $700,000 budget plus added expenses, and achieved enough visibility to land on several year-end critics’ lists. However, as a pilot project, the film received the entire $100,000 in Sundance funds, plus an additional $37,000 from the institute once its theatrical release picked up steam, in addition to netting more than the $75,000 minimum SVOD arrangement (with Hulu). This represented more support than any individual film will receive going forward.

Both Sundance and the film’s producers cautioned against concluding these results could be replicated with any movie.

“We had a healthy budget that didn’t have to be paid back, and the film got a tremendous amount of critical attention,” said Danielle Renfrew Behrens, a producer on “Columbus” and founder of Superlative Films. “Without both of those factors, [self-distribution] would have had a very different outcome.”

Additionally, the report noted, Kogonada’s cult status in the cinephile world and the film’s stately, carefully paced and framed aesthetic were good indicators that its core audience would turn out to see the movie in theaters. Sundance also knew the “Columbus” team, including Kogonada, would put in the months of post-premiere legwork necessary to promote and secure the film’s rollout.

“They were that rare film that had fire in their belly,” Horton said. “They knew they could devote a significant amount of time to putting together a strategic distribution and marketing plan and executing it.”

The “Columbus” team decided to go its own route after the January 2017 Sundance premiere was met with only a North American rights deal for $150,000, according to the report. Having hoped for a high-six-figure deal, and reasoning that taking additional grants from Sundance and a private donor wouldn’t require them to pay anything back, the producers opted for the institute’s new creative distribution program. Combining the Sundance funds with their private donor, the “Columbus” team wound up with more than $180,000 to spend on P&A. The money allowed the “Columbus” producers to pay for funds including marketing materials; expenses related to the premiere in Columbus, Ind., where the film was set; and retaining PR firms in New York and Los Angeles.

Not every film’s best hope lies in self-distribution. The Institute encourages producers to consider all options, including taking their films directly to digital download markets, if that’s where they feel they can find the best audiences.

“I think the producers of very highbrow, low- to mid-budget movies need to get used to the fact that a streaming-first window isn’t going anywhere, and may be the best way to make sure these movies get made,” Horton said. “But does that mean that all films will do that? No. I think it goes back to specialization.”

Unlike a traditional distributor, which can more easily free up additional funds midway through a theatrical run in order to meet demand, the “Columbus” team had to scramble to deal with a sudden burst of nationwide screening requests as the film picked up steam in mid-September. The film was able to play on more than 200 screens during its run, although it never had a wide expansion.

“It’s not as though we could’ve suddenly said, ‘Hey, next weekend we’re gonna release this on 500 screens,’” Horton said.

Sundance also supported a second 2017 pilot film, the documentary “Unrest,” but has not yet made the data around the film’s release available to the public. “Unrest” received the same amount of initial funds as “Columbus,” but grossed only $40,000 over a three-week theatrical period before landing on Netflix.

Behrens said she likely wouldn’t attempt self-distribution with a traditional theatrical release in the future due to the time commitment, but would consider it for a film “that didn’t require a theatrical release to get traction.”

Correction (3/15/2018): An earlier version of this article incorrectly reported the total amount of financial support the Sundance Institute gave to “Columbus,” and also incorrectly stated that the film recouped its budget. In fact, it came close to recouping. This version also clarifies information about the screen totals for “Columbus”‘s theatrical release.

This Article is related to: Toolkit and tagged columbus, kogonada, self-distribution, Sundance