His social media feed shows a red-carpet regular with a long history of gripping winners' statues. 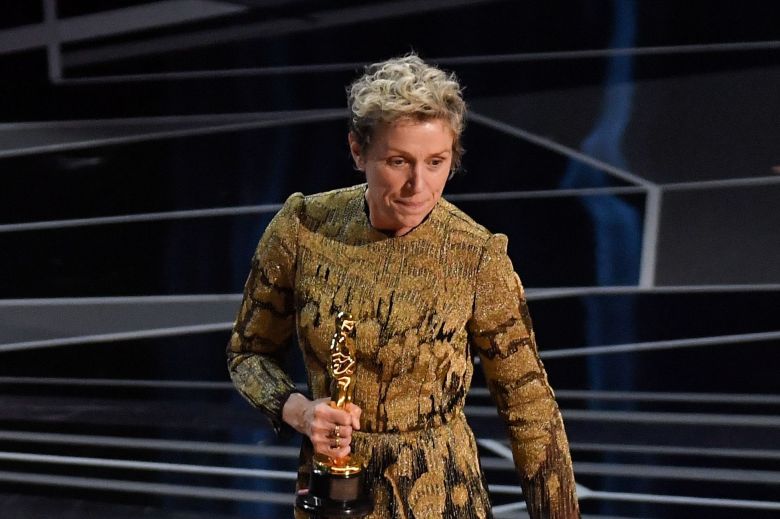 Frances McDormand with her Best Actress Oscar for “Three Billboards Outside Ebbing, Missouri”

According to his Instagram account, this year the 47-year-old also attended the Golden Globes, the Grammys, the “Black Panther” premiere, and the SAG Awards, where he captured a video of himself holding someone else’s “Actor” prize, saying, “I proclaim it in Jesus’ name.” However, when a commenter complimented Bryant on his perceived win, he clarified that he was posing with a friend’s trophy.

At the 2017 Academy Awards, he was photographed with an Oscar in hand, alongside A24 head of publicity Nicole Aizenberg. Her studio’s film, “Moonlight,” received Best Picture, Best Writing (Adapted Screenplay), and Best Supporting Actor honors. Per his Instagram bio, Bryant — who recorded a 2013 album as D.J. Matari — is a film and music producer, as well as an entertainment journalist, an editor, a television actor and host. He was booked early this morning for grand theft larceny, and levied a $20,000 bail.

A New York Times reporter who attended the Governor’s Ball tweeted that McDormand’s Oscar was intercepted from Bryant by a photographer working for chef Wolfgang Puck, who catered the event. Yet first, Bryant uploaded a Facebook video (since taken down) in which he was seen boasting of an Oscar victory, soliciting congratulations for his achievement (in either music or producing). The statuette is now back in her custody.

This Article is related to: Film and tagged Frances McDormand, Oscars